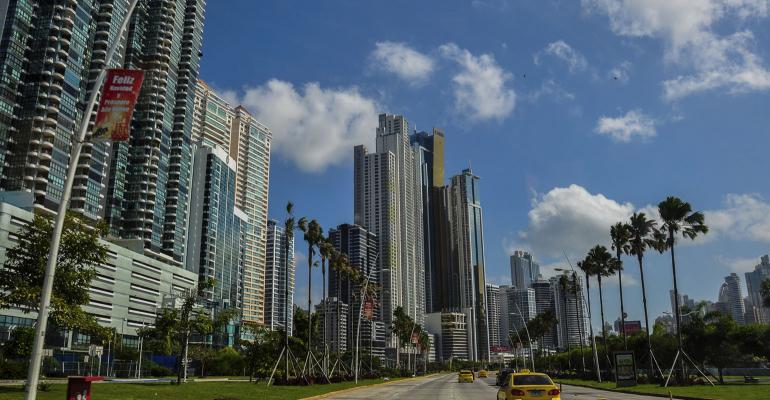 Rich People From These Nations Hide the Most Offshore Wealth

The top 0.01 percent isn't paying a big chunk of its tax bill

By Jeanna Smialek and Sarah McGregor

(Bloomberg) --Pinpointing the inequality between rich and poor is notoriously difficult because the data is so squishy, and new research shows just how hard that job can be.

The study is the first of its kind to quantify tax avoidance by nation. It kicks off this week’s economic research roundup, and is followed by a look at the decline in innovative ideas, another on the trajectory for pricing power, and a final piece on inflation and wages in the U.S. and Europe. Check this column each week for new economic studies from around the world.

Who's skipping out on taxes

One-tenth of the world’s total wealth is held in offshore tax havens, but that share jumps to as much of 15 percent for Europe and as much as 60 percent for Gulf and some Latin American countries, new research shows. When it comes to total offshore wealth as a share of GDP, the United Arab Emirates, Venezuela, Saudi Arabia, Russia and Argentina lead the pack, while Germany, the U.K. and France all have above-average holdings. The U.S. is slightly below average.

There are a few factors that are closely associated with a high share of offshore wealth-to-GDP – proximity to Switzerland, the presence of national resources,  and political and economic instability. That could be why the U.S. is slightly below the average, said economist Gabriel Zucman, one of the authors.

Offshore wealth boosts inequality when it’s factored into tax data, because it belongs mostly to the richest households.  In the U.K., Spain, and France, about 30 percent to 40 percent of the wealth of the richest 0.01 percent of households is held abroad. Russia’s richest hold as much as 60 percent of their wealth overseas. “The way that we measure inequality in economics, and the social sciences, is that we rely a lot on tax data,” Zucman said. “There’s the obvious problem that there is tax avoidance: if you only look at tax data there is risk that you’re going to underestimate the true concentration of wealth.” Also worth noting: Hong Kong is rising as a destination for overseas cash, probably thanks to the rise of the super-rich in China and increased international pressure on more storied tax havens, like Switzerland.

Who Owns the Wealth in Tax Havens? Macro Evidence and Implications for Global Inequality
Published September 2017
Available on the NBER website

A good idea is hard to find

Moore’s law – the idea that the number of transitors packed onto a computer chip doubles every two years – is getting harder to bring to fruition: it takes 18 times as many researchers to generate that change today as in 1970. That’s happening as research productivity is declining at a rate that averages 6.8 percent per year, new research by Stanford University economist Nicholas Bloom and co-authors finds. Likewise, research productivity for agricultural seed yields is slumping, and a similar slide is evident in mortality improvements associated with cancer and heart disease.

So what’s going on here? We could be trying too hard. The decrease in semiconductor-related productivity “might be precisely due to the fact that research effort is rising so sharply,’’ the authors suggest. “Because it gets harder to find new ideas as research progresses, a sustained and massive expansion of research” might “lead to a substantial downward trend in research productivity.” Regardless of the cause, it matters for economic growth.

Are Ideas Getting Harder to Find?
Published September 2017
Available at the NBER website

Pricing power: don’t count it out

Pricing power – the ability to raise prices without choking off demand – has actually increased over the past two decades despite the advent of Amazon, according to Goldman Sachs researchers. U.S. firms charged 67 percent more than their marginal costs in 2014, versus 18 percent in 1980. The authors suggest that that could be happening because superstar firms are capturing a bigger slice of market share and are establishing productivity advantages, and because technology has boosted other forms of pricing power, like product differentiation.

At the same time, consumer price elasticity – the chance that they curb buying things as they become more expensive – has fallen for the past 20 years, though it’s picked up a bit in the last five.

Don’t get too excited about inflation Much of the recent slowdown in U.S. inflation and recent pickup in the euro area owe to jumpy sub-components – like cell phone plans and generic medicines in America – rather than a genuine change in trend inflation, researchers at The Institute of International Finance write in a note. “The`signal-to-noise’ ratio in core inflation has deteriorated on both sides of the Atlantic,” the researchers write. When it comes to wages in the U.S., though, the story changes: there’s no reason to believe that one-off events are driving a recent slowdown, so that “the wage slowdown looks broad-based and is therefore a genuine puzzle.”

Signal-to-Noise in the Wage Slowdown
Published Sept. 11
Available on the IIF website