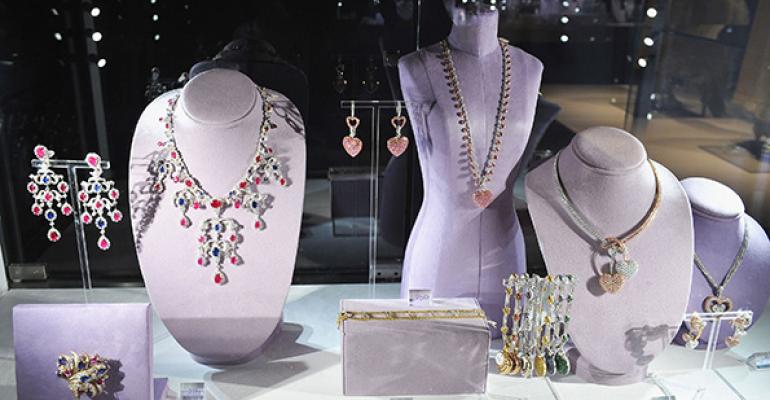 Rich People Now Have a Safe Way to Dump Their Jewelry

(Bloomberg) -- Buying a secondhand $7,000 ruby necklace on the Internet sounds risky. But a startup has found a way to successfully sell previously owned luxury gems online.

"Gleem targets the older millennial, the customer that increasingly is looking to trade in and update their assortment," said the company's co-founder and chief executive officer, Nikki Lawrence, in an interview with Bloomberg TV. Prior to starting Gleem in December 2014 with co-founders Scott Friedman (a master gemologist) and Casey Sullivan (formerly of BNP Paraibas/Fortis Investments and LVMH's DFS Group), Lawrence led new business launches at Gilt Groupe and Soap.com.

Customers can sell jewelry for 70 percent in cash or 90 percent in online credit to Gleem & Co. Of course, you can also just buy.

"We're trying to empower women to make their own jewelry selections and believe the woman deserves to get fair value and exceptional pieces," said Lawrence.

While the site caters mostly to women, the male shopper is not completely ignored. There are free concierge services for engagement rings ($1,900 to $109,000) and to help source rare timepieces, such as a $19,050 Franck Muller ref. 3870 double-face chronograph in 18K yellow gold.

E-commerce jewelry sales increased 11 percent in 2015, the fastest-growing retail category for jewelry in the U.S., according to Euromonitor. And customers are increasingly buying jewelry at a younger age. In the vintage segment, there's a boom in secondhand luxury retailers as well.

The biggest challenge facing online jewelry resellers is combatting fraud. Gleem relies on co-founder Friedman's expertise to authenticate its offerings. As a master gemologist appraiser, a title held by fewer than 50 professionals in the world, he inspects every item in the company's $5 million collection, which is then insured through Lloyd's of London.

"EBay shares our philosophy that jewelry should be accessible and available at honest prices," said co-founder Sullivan, Gleem's head of marketing. "We've partnered with EBay to co-promote our Gleem baubles as a store within a store."

The company is currently incubated in the Friends of EBay office space in New York's Chelsea neighborhood. According to Sullivan, Gleem just opened its seed round of funding, and business is booming.