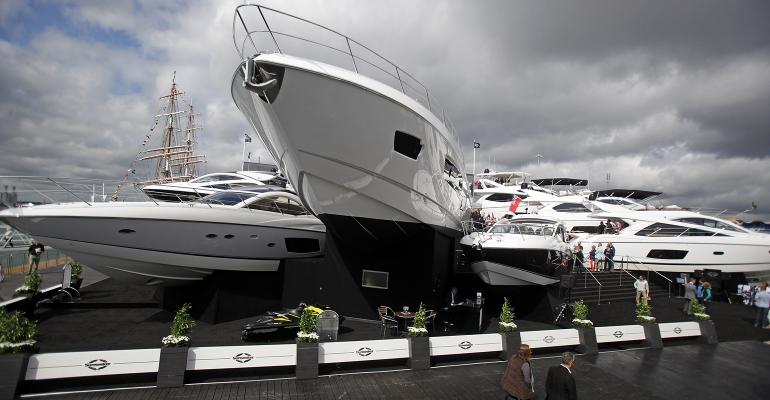 The Rich Are Also Different From One Another

(Bloomberg View) -- The richest Americans are much less likely to have inherited their wealth than their counterparts in many supposedly more egalitarian countries. They’re not remarkably rich in degrees from elite universities. Rich Democrats have more social connections than rich Republicans.

These are some surprising insights from a new study of the very wealthy by Jonathan Wai of Duke University and David Lincoln of Wealth-X, based on data on 18,245 individuals with a net worth of $30 million or more.

The study portrays high-net-worth individuals as a more idiosyncratic and diverse group than reductionist cliches about “the 1 percent” might suggest.

Looking globally, extreme wealth is most closely connected to elite education in South Korea, Chile, and South Africa, and least so in Ukraine and Qatar. The U.S. is near the bottom of the top third of the country rankings for the tightness of this connection. Germany is close to the bottom, reflecting how German paths to riches run through forms of manufacturing and medium-sized business that are not so closely tied to elite higher education.

The economic sectors where the very wealthy are most closely connected to elite education are hedge funds, venture capital, the internet, law and finance. Those fields may require greater smarts, better training and stronger elite social connections. Real estate, automobiles, leisure products and mining were the sectors least-closely connected to elite education. Many of us have an image of those enterprises as more hands-on, more connected to the retail experience (except mining), and possibly lower in social prestige.

Inside the group of very wealthy Americans, the relationship between wealth and elite education is extremely weak. So going to Harvard may help you get into this club, but it doesn’t seem to boost your chances of climbing to its top.

For all the talk of Sweden and Austria as relatively egalitarian societies, they are also the countries where the greatest proportion of high-net-worth individuals inherited their wealth: 43.8 percent and 49.6 percent, respectively. In the U.S., inherited wealth accounts for only 12.6 percent of the very wealthy individuals in the study’s sample.

The married set of very wealthy people are the best educated, the least likely to give away money and the least likely to have inherited their money. Surprisingly, the separated and divorced have on average higher net worth than the married. We don’t yet know if they work harder to make up the loss from divorce, whether the wealthiest people are more likely to divorce in the first place, or if other factors account for the difference.

The data on charitable giving, measured by accumulated giving to date, show that generosity is not always closely tied to means. Giving as a percentage of net wealth is lower for billionaires than for the general group (global in both cases, 2.8 percent to 7.5 percent), and giving is especially high for American women who inherited their wealth (18.9 percent). For the most part, heirs to wealth give away more in percentage terms. Those who inherited some amount, and then grew it into much more, give away less than average. Across religions, non-U.S. Hindus and American Jews give away the highest percentages of their wealth (13.5 percent and 13.3 percent, respectively).

For women, net worth is highest in China, where rich women tend to be young and self-made. China has done a better job than the U.S. at producing very wealthy female entrepreneurs.

American society seems to be moving closer to gender equality in some ways, but among high-net-worth individuals there are worrying signs. The sectors of the economy with the youngest high earners are internet ventures, information-technology services, hedge funds and sports and entertainment. Those with the oldest are legal services, nonprofit and social organization and education. Women are especially well-represented in those last two -- nonprofits and education -- and also media, and they are poorly represented in hedge funds and technology. For instance, the male-female ratio for the high earners in hedge funds is 46 to 1, compared with 5.4 to 1 in education. That pattern suggests that the future dynamism of the American economy, at least for the very high earners, may end up favoring male-dominated areas and thus favoring men over women.

The researchers also measure social connectedness for high-net-worth individuals, as reflected by the number of known associates or connections listed in the Wealth-X database. From the global pool, those who show the most interest in building social networks are self-made women, Americans and self-made American billionaires. African-Americans rate especially highly, and Democrats are much better connected than Republicans. Those who have inherited money are the least interested in large networks, perhaps because they do not pick up connections through business activity.

There’s more to the rich than their money.