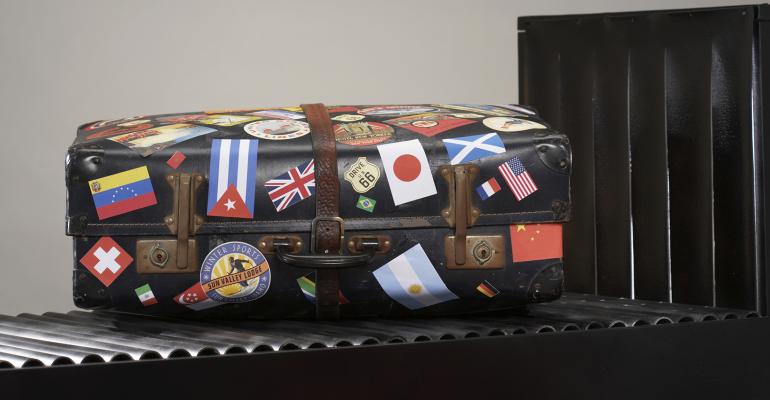 A Quick Tour of Family Offices Around the World

An country by country rundown of the most recent developments.

Though, in some sense, family offices have always been around—even going back to ancient China, we’ve experienced an international boom in the industry only recently.

Ten years ago, the global financial crisis hit, and many wealthy families began to rethink their uses of traditional investment managers and firms. They wanted more active control. Hence a global interest in creating family offices.

Here’s a quick (alphabetical) rundown of what’s been going on in the family office space worldwide I’m pleased to be able to include some “on the ground” estimates of the number of single-family offices (SFOs), which by their private nature are effectively impossible to count.

In 2008, the first Australian “family office Congress” took place in Sydney. About 200 attended. The annual event has continued, and in 2017, some 350 individuals attended. There’s an organized “Private Wealth Network,” which according to co-founder and executive director Alan Duncan, consists of more than 600 individuals from 180 families (including from New Zealand), about half of whom have SFOs. In Australia as a whole, the estimate of SFOs is around 500 to 750, and that number seems to be growing.

Canadian practitioners report that the number of family offices is still significantly fewer than in the U.S. neighbor and that it’s still a new concept to many. But, they expect the industry to grow for two reasons: First, with the sale of businesses and the inheritance of large wealth, families will need the services of family offices. Second, the recent trend of wealthy individuals moving to Canada is expected to continue.

The best estimates of the number of family offices in China—is zero. However, the accumulation of private wealth is largely still in the hands of the first generation, who have concerns about safe management of it for succeeding generations. The “one child” policy that didn’t end until 2016 has also limited the size of families. There’s currently wide interest in setting up family offices. A special program on family offices at the Hong Kong University of Science and Technology in October 2017, which featured simultaneous Mandarin translation, quickly sold out.

Estimates are that there are about 50 traditional SFOs based in Hong Kong. One reason there are not more, particularly given the amount of wealth in the special administrative region, seems to be a hesitancy to keep assets in a jurisdiction that’s “very close” to mainland China, with political uncertainty, as always, a major factor.

In 2013, India held its first Family Offices Summit India. Each year, over 400 attend. The organizer, Aditya Gadge, observes, “It’s been a fascinating journey watching how a lot of exceptionally wealthy Indian families who were at the ‘thinking stage’ in 2013 about setting up a family office have now gradually moved up to the ‘how do we do it’ stage. There has been a massive surge in interest among high net-worth families to set up their own family offices over the last few years. According to [our] recent study, there are already 75+ Single Family Offices functioning in India, and this number is significantly growing every year.” According to a recent CNBC report, as of 2017, an estimated 20 percent of the private wealth in India was managed by family offices.

Although the family office is a fairly new concept in Israel, it’s one that’s being adopted eagerly. In 2017, there were an estimated 50 to 75 SFOs in the country. In many cases, there’s an evolution from services provided by employees of an operating company to those services being handled outside of the company (for example, in a separate family office) when it’s sold or listed.

The accumulation of private wealth is a fairly recent phenomenon in Russia, so most of the wealth creators are young and more focused on continuing to create wealth, not on wealth management for future generations. When they’re interested in family office services, they’re expected to be more comfortable looking outside Russia to provide more confidentiality and protection.

When the United States began successfully pressuring the major Swiss banks to disclose the names of U.S. taxpayers who had “secret” bank accounts—there was speculation that private wealth would find a new home in Singapore. Several banks opened branches in Singapore to be on the receiving end. That redirected flow seems not to have happened. Current estimates put the number of SFOs in Singapore at a mere 18, according to Professor Winnie Qian PENG of the Hong Kong University of Science and Technology.

Those who assumed that Switzerland would be finished as a favored jurisdiction were wrong. The strong in-depth wealth management industry in Switzerland did comply, finally, with the U.S. disclosure requirements, but managed to clean any tarnish to its reputation and continue as one of the strongest international contenders for family offices. Tobias F. Rohner, Andrea B. Bolliger and Marnin Michaels, all lawyers in Zurich, report that, “The fact that numerous banks are reporting continued net new money inflows reflects that the Swiss banking and wealth management industry has successfully implemented its White Money Strategy and is stronger than ever before.”

The United States continues to be the leader in the family office industry. Although no numbers are certain, rough estimates indicate that there are as many as 5,000 SFOs in the United States. Given the early creation of many of these offices, the issue they now face is for the “older” offices to decide whether they’ll continue, despite having their costs questioned by younger, more numerous, family members; or whether they should change. One option, taken by several, is simply to close. Another option, which was quite popular for a while, is to open their doors to other families—becoming a multi-family office—with the hope that shared overhead will result in higher profits. Still another option is to combine with a larger office that can take care of much of the administrative and reporting services, leaving a core single office staff to interact with the family. Which, if any of these approaches is the most effective remains to be seen.

This is an adapted version of the author's original article in the January 2018 issue of Trusts & Estates.