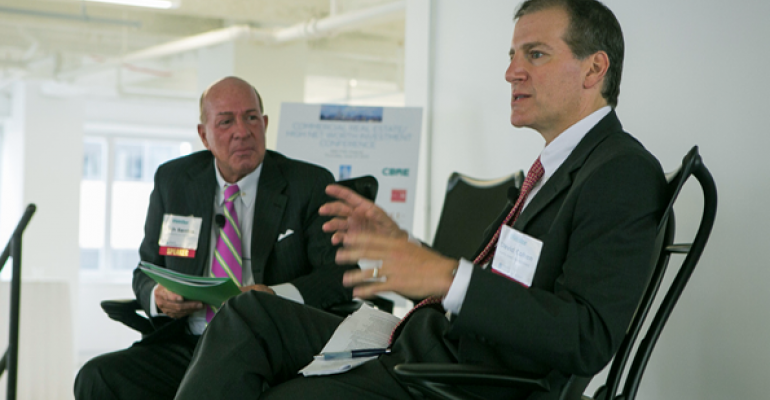 Q&A With David A. Cohen

A conversation with a family office industry leader

Wealth Management Group Publisher Rich Santos sat down for a one-on-one with family office industry leader David A. Cohen, CEO/CIO of KAM, in a session titled “Unlocking the Key to Family Office and Commercial Real Estate.”

The Q&A began with a discussion of how the family office got into the business of commercial real estate investing and what their overarching investment philosophy is.  Cohen’s answers, summed up into two words, were “flexibility” & “distress”

In what would become a common thread running throughout the session, Cohen discussed the importance of maintaining flexibility in the types of investments one is looking to make.  As a family office with a great deal of available liquid assets, one of KAM’s greatest advantages is the ability to move in on an opportunity and close the deal quickly and in cash, before the larger investment organizations can bring their weight to bear.  As such, choosing to limit one’s investment options to only a single area or type of commercial real estate would prevent KAM from maximizing this advantage.

The other half of the equation is distress.  Closing a deal quickly is a two way street.  The buyer can be there in a flash with the cash, but the seller has to be willing to pull the trigger immediately upon receiving a viable offer.  If the seller wants to take its time and watch the market develop, then the so-called “big boys” can get involved and the family office will lose its advantage and, likely, the property.  Thus, Cohen is always looking to, in his words, “buy other people’s problems.”  A distressed seller or broker not only needs to move the property quickly, but will also likely do so at a steep discount.

The other side of that coin, however, is that distress implies that something is wrong with the property, which represents a serious investment risk. Cohen addressed this issue by noting that, in his experience, the distress is far more likely to be in the capitalization and administration of the property than in the physical structures themselves.  This sort of distress represents a fairly quick fix for a family office, often only a matter of months, allowing for quick resale.

Cohen also stressed the importance of respecting and working with the locals.  A flexible organization that’s ready to jump at any opportunity, no matter what or where, will often find itself in unfamiliar territory.  As such, establishing a relationship with the locals, who have more knowledge of their own area than anyone, is of paramount importance. This also serves the further purpose of creating a personal connection to the area, so that the next time a deal comes up there, you will be able to move that much more quickly, as the locals in the industry have had some personal contact with you and are more likely to trust you.

Finally, Cohen spoke briefly on how his family office divides the work required to maintain the properties in its portfolio.  All administrative functions are handled in house, which is unsurprising, as this is the sort of activity in which most family offices specialize.  However, interestingly, the management of the majority of the properties is handled by local managers.  Part of the reason for this strategy is, as mentioned above, to create a connection with the locals.  However, Cohen also noted that while in the past, the top managers would only manage properties that they themselves owned, beginning in 2009 – 2010, a number of them began to take on third party business for the first time, as managing only their own properties became less viable.  During this period, KAM was able to contract with a number of top local managers, getting great value that would have, otherwise, been unavailable.