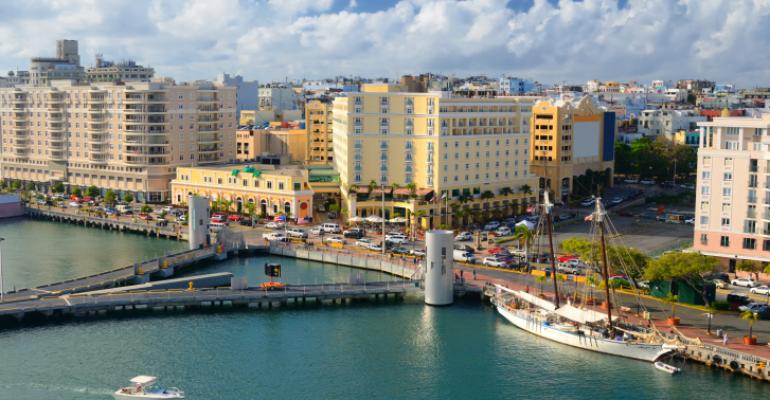 Many tax planners and their clients may think  that the federal government has a vendetta against Americans with offshore accounts and interests following the UBS scandal.  No one is arguing that there’s not some legitimate basis to the government's efforts.  However, with the gun pointed at their heads, taxpayers need to comply with a series of stringent compliance requirements: Report of Foreign Bank and Financial Account reporting requirements; Form 8938 Statement of Specified Foreign Assets; Form 3520 and Form 3520A for foreign trusts.

The tax consequences of non-compliance are significant.  In some cases, the penalties are as much or more than the actual amount in question, with a potential short trip to the Big House.  As a result, many taxpayers have concluded that  offshore planning  just isn’t worth the trouble anymore.  Why give the government a reason to dig around?

In the last several months, every financial media outlet (including Bloomberg and the Wall Street Journal)  has run an article on the possibility of a billionaire hedge fund manager becoming a Puerto Rican resident.  The news of this information didn’t  uncover a heretofore unknown love of Salsa music, but instead focused on the brilliant legislation adopted by the Puerto Rican government in 2012 to attract investment and jobs to Puerto Rico (the PR).

After all, the PR  is easily accessible to most Americans.  There are over 50 flights per day originating from the tri-state area alone, making it easier to get to San Juan than to Jackson Hole, Wyoming.  There’s no dispute over the benefits of  tropical weather, availability of beaches and golf courses and the U.S. infrastructure.  Some might argue that more English is spoken in the PR  than in Miami.

So, what are  the considerable benefits for high-net-worth American taxpayers under the PR’s tax laws?

The PR is an unincorporated territory of the United States and is subject to most federal laws unless “locally inapplicable.”  The currency of the PR is the U.S. currency.  U.S. citizens don’t need a  passport to travel to the PR.  The PR banks are regulated by the U.S. Federal Deposit Insurance Corporation.  The insurance regulator is part of the National Association of Insurance Commissioners.  Puerto Ricans are U.S. citizens.

The definition of a U.S. person under Internal Revenue Code Section 7701(a)(30) doesn’t include Puerto Rican entities.1  As a result, Puerto Rican entities aren’t subject to U.S. income taxation unless the business is engaged in a trade or business within the United States—effectively connected income ; or investment income that would be subject to a withholding tax under IRC Section 871(a) with an exemption for portfolio interest.2

Under IRC Section 933, bona fide residents of the PR that have PR-sourced income are exempt from U.S. taxation.3  Under IRC Section 937 a person is a bona fide PR resident for tax purposes if he’s present in the PR for at least 183 days during the taxable years, doesn’t have a tax home outside of the PR and doesn’t have a closer connection to the United States or a foreign country than the PR.4

Businesses that relocate to the PR can significantly reduce their taxable income providing the PR entity isn’t engaged in a U.S. trade or business.  The top federal corporate tax rate is 35 percent to 40 percent for most corporations, assuming a federal rate of 35 percent and a state rate of 5 percent.  Under the Export Services Act, the tax rate is 4 percent.5

Additionally, shareholders that relocate to the PR will have a 100 percent exemption on corporate distributions.6  Under the Export Services Act, services that are directed to foreign markets may qualify as services.  Services for foreign markets include services performed for non-resident individuals and businesses.

A business (service provider) must request and obtain a tax exemption decree on or before Dec. 31, 2020.  The decree has a 20-year term and may be renewed for an additional 10 years providing certain conditions are met.  During the period of the exemption, the business will enjoy a 4 percent tax rate on its export services income and a 100 percent exemption on the distributions of earning and profits from the services income.

Under IRC Section 2209, only PR residents who were either born or naturalized as U.S. citizens receive the favorable estate tax treatment of being non-residents for U.S. estate tax purposes.7

The Puerto Rican government passed the Individual Investors Act on Jan. 17, 2012.  Under IRC Section 933, interest and dividends that qualify as PR-sourced income are excluded from the income of a “resident individual investor” (an individual who hasn’t been a resident of the PR for the past 15 years before his first year of residence in the PR).8  The new legislation exempts passive income from taxation—capital gains, interest and dividends.

Long-term capital gains derived by the “resident individual investor” that were deemed to have accrued before the individual became a PR resident and are recognized within the first 10 years after the date the individual becomes a PR resident, will be taxed at a 10 percent rate.  If the gains are recognized after the 10-year period, but before Jan. 1, 2036, the gains will be taxed at a 5 percent rate.  Gains considered to have accrued after the investor becomes a U.S. resident will receive a 100 percent exemption.  Dividend and portfolio interest income are exempt from PR taxation under the new law.

Dan assigns his ownership in his company stock to the FLP.  As a Puerto Rican residence, Dan will be taxed at a 10 percent capital gains rate, as the gain is within 10 years of his declaration of residency in the PR.  The proceeds will be reinvested and will generate passive investment income.  The projected passive income is $1.5 million per year.  As a Puerto Rican residence, this income will be treated as tax-free income.  Not a bad deal, right!