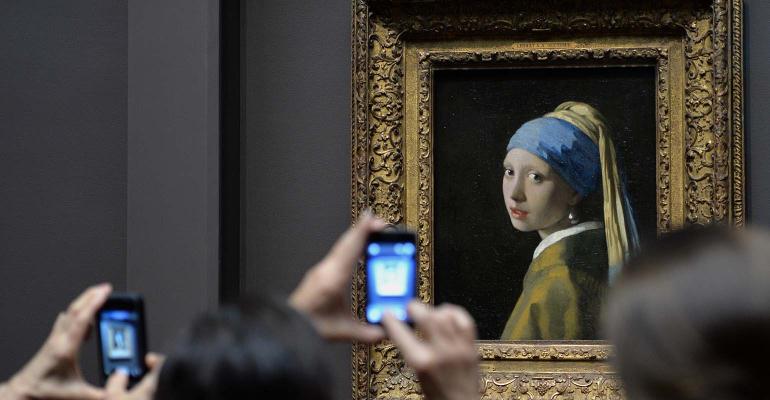 STAN HONDA/AFP/Getty Images
"Girl with a Pearl Earring (c. 1665)" on display at the Frick Collection in New York City in 2013.
Wealth Planning>High Net Worth

What they are, why they are created and how they succeed or fail.

Today the level of inequality in wealth is creating a new Gilded Age similar to that of the late 19th and early 20th centuries.  Great concentration of wealth has sparked a renewed interest in art collecting by the extraordinarily wealthy, whether from an aesthetic ideal or just to show that they have “made it.”  Collections are now being created worth millions, if not billions of dollars.  Concurrent with this rise in art collecting is a rise in interest in formation of private museums in the model of the Isabella Stewart Gardner Museum in Boston, the Frick Museum in New York and, of an earlier 18th century mode, the Sir John Soane Museum in London.

The private museum is a siren’s song to the wealthy collector, full of recognition, prestige and a form of immortality as the collector’s name continues in perpetuity. But what constitutes a private museum? What motivates a collector to create such an institution and what is the impact and the critiques of this movement? Finally, is the private museum even sustainable over the long term?

A private art museum is a nonprofit institution that houses and displays an art collection established and funded by a single individual or married couple.  Such private art museums can take many forms and sizes from very large to very small, with different focuses: the thematic based museum, the museum that borrows and lends art, to an institution that organizes shows.  What a  private museum does not have are the services associated with public institutions: conservation, research, education, and curation of art.

The term “museum” has different connotations in different countries, but in the U.S. a museum is an institution that qualifies as a section 501(c)(3) operating private foundation.  Although most public museums are, in fact, private (that is the funding and ownership of the institution has little or no direct public governmental financial support), the private museum is treated differently, primarily due  to the governance of the institution.  All museums may have a self-perpetuating board, but often private museums have privileged roles for the founders and the family of the founders, on that board.  This means there is a more complex situation especially due to conflicts of interest, the relationship of the institution to the opaque art market, and the relative lack of regulation of both the art market and the role of the collector and dealer in the art market.

Although there are several iconic house museums (such as the Isabella Stewart Gardner museum in Boston, and the Frick museum in New York mentioned above) a private museum today most often connotes a physical space, accessible to the public, that follows the contemporary “white box” style of museum.  There are no firm numbers as to the number of private museums globally, but of the total of more than 20,000 museums that exists, perhaps no more than 400 are private museums.  Of these private museums, the majority focus on collecting contemporary art made by emerging artists, mainly because of the extraordinary costs of collecting museum quality artwork created by established Artists.

Private museums can be established by companies—most often luxury goods manufacturers, with the aim of enhancing the brand with the success of the museum.  This is more often seen in Europe than in the US, since the tax laws make a donation of art from a company more tax attractive than a donation from an individual collector.  Another form of corporate sponsorship of private museums in places like Hong Kong is to house the collection in a shopping mall or office building, with the intent of generating more foot traffic to those places.  This also includes outdoor sculpture gardens where sculpture is integrated into landscaping.

The primary motivation for creating a private museum is control.  A public institution, whether it is an existing museum or another public charity such as a college or university, are unwilling to meet the exacting conditions that a founder desires on carrying the founder’s name, conserving the collection as a whole and the level of support required financially and from staff. Even if these conditions are met, there is no guaranty that, as public institutions come under pressure to increase diversity and the increasing costs of maintaining the collection and space to exhibit it; the institution’s agenda does not change. When that happens, the restrictions on the use of the collection and the endowment could be broken, as happened with the Barnes collection in Philadelphia.  This desire for control has been the subject of much criticism, however, because the collection at some point becomes frozen like an insect in amber – perfectly preserved but no longer as relevant or as vital as when the collector was actively adding to the collection.

The court of public opinion reflects a darker view of private collections: that a private museum is nothing more than a vanity project to immortalize the collector and to show off their wealth and possessions, all without paying the income or estate tax that otherwise would have been paid.  Collectors are seen as hoovering up the best artwork and artists by offering prices that public institutions cannot meet.  The effect is that important artwork goes into private collections or, worse, the collector flips the artwork (at huge profit) that they hold even though they may have originally intended to donate the artwork to a private museum.

Despite this consternation, a private museum can have a greater social value than the financial value of the artwork itself.  This is especially true if the artwork is exhibited in a location which otherwise public governmental support would be lacking.  This is sometime called the Bilbao effect, after the revitalization of the Spanish city, after Guggenheim opened a new private museum there. The private museum can be a leader in recognition and appreciation of otherwise neglected artwork and artists.

Unless your clients have the passion for both collecting and for the mission of the private museum, being tied to the indefinite and unending need for leadership and financial support is a huge burden,  especially for the younger generations of the founder’s family.  What seemed new and exciting for the founder while building the collection may be old and stale to their heirs.  There may be a sore lack of endowment, not just for maintenance and housing of the collection, but also for acquisition of new and interesting artwork to add to the collection.  Not only is there financial leadership that needs to be replaced but also a visionary for the private museum. This means hiring a curator, a board and engaging family members into the organization, not always an easy feat. The exception may be those museums, like the Stewart, Frick and Soane museums, that are less about the art as a dynamic collection, and more about the art as part of a slice of life and movement in time preserved as a historical legacy.  The challenge then is not to make the collection fresh; it is to make the collection relevant to the present-day visitor.

In the end, there is no single answer to the question how much endowment is enough endowment?  Even if there is sufficient financial endowment, there is always a risk that the private museum will close due to disputes between and among the staff, board and family; especially, if there is a mismatch between what the founder’s intent is and what the present governance and leadership see as the most compelling need in society today. Further, in some cases like some Russian Oligarchs, there is an attempt to whitewash the founder’s past and present misdeeds with the  social respectability of founding an art museum.

Regardless of how or why a private museum must close, due to circumstances unforeseen or unforeseeable when the museum was created (the lockdowns as a result of the COVID-19 pandemic for example) there needs to be a realistic Plan B.  Should the art be sold? Should it be donated? Should there be a combination or merger with another entity?  The only right answer to the question of what to do is what the founder’s intent is just in case.

Wealthy individuals will always collect, and so long as they do, the private museum remains a way of preserving and controlling their collection.  To be a long-term solution, the creation of a private museum requires some careful and strategic thought and planning. The private museum can be a transformative institution, such as the Guggenheim museum had in Bilbao, Spain, and it can be a valuable and intimate experience into a moment in time like the Soane museum in London.  It can also be a public and family relations disaster leading to recriminations.  The difference is how the planning is done in the first place.