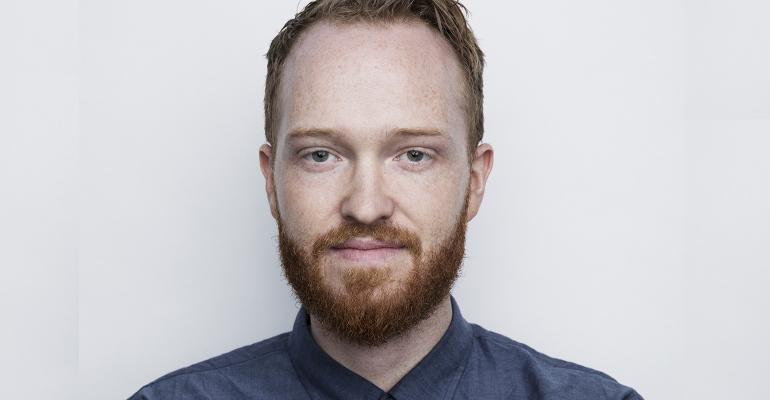 Portrait of the NFT Artist as a Young Investor

"The current space of NFTs is really straddling this line between reality and fakeness and completely made up."

Jesse Dittmar is an award-winning, Brooklyn-based photographer. He often shoots for The New York Times and The Washington Post using his signature black and white film to capture intimate images of the most accomplished figures of the 21st century. The list of stars includes Denzel Washington, Tom Brady and Serena Williams, among others.

Dittmar, 35, came across Non-Fungible Tokens (NFTs) last fall (NFTs are digital assets tracked by a blockchain). He was already fascinated with the world of cryptocurrency and the daily fantasy space, which he felt drew parallels to the newest trend.

Outside of NBA Top Shot, NFTs by digital artists were soaring, too. A creation by digital artist Mike "Beeple" Winkelmann sold for $69.3 million; A NFT version of Twitter CEO Jack Dorsey’s first ever tweet sold for $2.9 million; CNBC’s Jim Cramer even tried to jump in with a bid on the TIME Magazine cover “Is God Dead?” from April 8, 1966, which ultimately sold to another bidder for over $100,000.

“I needed to figure out how to get my art into this form,” Dittmar said.

During winter 2017, Dittmar was hired for a shoot with Tom Brady. An image that Dittmar snapped of Brady on that shoot became Dittmar’s first NFT, which Mark Cuban placed a bid on and then shared across social media.

Much like Dittmar, creatives rushed into the NFT space both for monetary reasons and as an avenue for audience growth. Many, though, are still unfamiliar with the risks and tax implications of cryptocurrencies—and onboarding isn’t a simple process.

“It's not as easy as punching in your credit card information,” he said. “If you've never done anything in the crypto space before, it's exceedingly difficult. It’s just not as easy as it needs to be in order for the masses to adopt it yet. That’s going to change and then things will get easier.”

Dittmar’s first listing on OpenSea, the leading platform for NFTs and collectables powered by the Etherium blockchain, was his Tom Brady piece (minted as a 1/1 edition). After Cuban bid and then shared on LinkedIn, views on the item skyrocketed. The auction had 5,100 views and the piece sold for 0.1575 Ether, which equates to about $330. Users, however, continue to make increased price offers to the new owner.

Dittmar has 17 total items listed, one of which is a Serena Williams NFT now owned by Cuban.

The taxation on NFT sales is complex—and when artists collaborate on work in the NFT space, it muddies the waters even more. Artists that participate in NFT collaborations may establish a business entity and using the business Tax ID, establish a corporate Ethereum wallet. When corporate and personal returns are filed, the strategy gives some simplification.

The taxation isn’t on the forefront of Dittmar’s mind though.

“It's not something that I am concerned about,” he said. “It's so early in the space and I think [the taxation] is going to change. I feel like if I'm being taxed, it's probably done appropriately.”

“I'm only cashing out if I need to or if, for some reason, my understanding of the situation changes. But right now I'll take as much Ethereum as I can get,” Dittmar said.

“What's hard for people to wrap their brains around is that the current space of NFTs is really straddling this line between reality and fakeness and completely made up," he said. "You can start going down this rabbit hole of, well, ‘What is money? Money is just made up.’

“I'm an absolute believer in the underlying technology and the concept. I think that blockchain is the way things are going to be handled in the future. I'm a long-term holder.”

Evan D. Vladem is a financial advisor in the Sports & Entertainment Division with Associated Investor Services, Inc. in Ft. Lauderdale, Fla. This article discusses investments that Evan cannot offer. This information should not be construed as a recommendation of any specific security or investment plan. Past performance does not guarantee future results