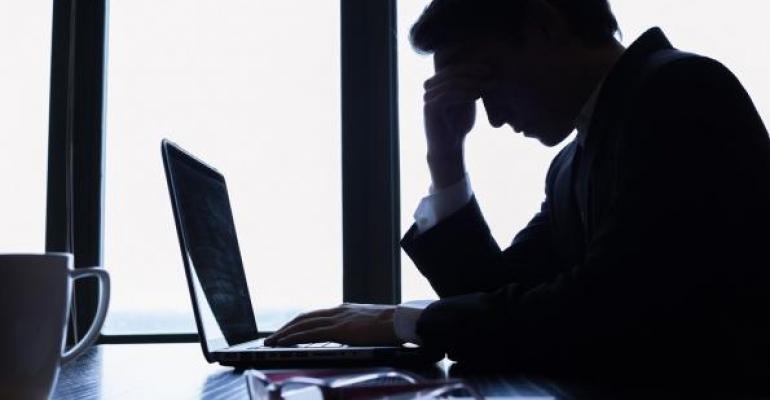 People With More Money Certainly Think They Have More Problems

(Bloomberg) -- Congratulations, you’re successful—so why are you so stressed out?

Money and education confer plenty of advantages in life, and research has long shown that people with them live healthier, longer lives and tend to have more stable, less-monotonous jobs. But they also report feeling a lot more stress at work than people with lower salaries and fewer degrees, a recent study found.

To measure stress levels during the work day, Penn State University researchers gave 122 workers living in a northeast U.S. city Palm Pilots to carry with them on the job. Several times a day, the handheld computers prompted them to rate how stressed and how happy they felt. The idea was to measure stress in real time, rather than ask people at the end of the day, when such other factors as commutes or family obligations might influence their stress levels.

People with higher incomes and levels of education reported being about 28 percent more stressed and 8.3 percent less happy overall than did workers with lower incomes and levels of education, according to Matthew Zawadzki, now a professor at University of California-Merced, who wrote the study with Penn State professors Sarah Damaske and Joshua Smyth.

In addition to reporting being more stressed and less happy from moment to moment, those higher-status workers—that is, those in the top fifth of a combined measure of income and education, tending to earn at least $100,000 a year—also reported having more trouble meeting the demands of their jobs.

“These individuals who report higher stress are probably individuals who simply have more authority or decision-making duties than others,” said University of Toronto sociology professor Scott Schieman, who was not involved in the study but called it "interesting and important" research. “When more is on the line in your decisions, that adds stress.”

The study’s results certainly don’t mean low-status workers have it easier. Obviously, low-status jobs can create all sorts of problems for workers, such as making it more difficult for them to pay bills. “Even though that’s caused by work, maybe it’s a stressor you can leave behind for the moment when you get to work,” said Damaske. She and her co-authors found in a 2014 study that people with lower incomes tended to report more stress at home than at work—the opposite of what higher-income people reported.

And while people with higher levels of education tend to report more frequent sources of minor stress, less-educated people report fewer episodes that cause enormous amounts of stress, previous research has shown; think of the stress of being late for a meeting vs. that of being evicted.

Stress and happiness are also pretty subjective feelings, and people express their moods and deal with stress in different ways. Could it be that higher-status people are just more likely to whine when things don’t go their way?

More research is needed, Damaske said, but her team's study contains a clue: In addition to answering questions about stress, the study's subjects also submitted saliva samples so her team could measure their levels of the stress-related hormone, cortisol—and those cortisol levels didn't indicate significantly more stress among higher-status workers.