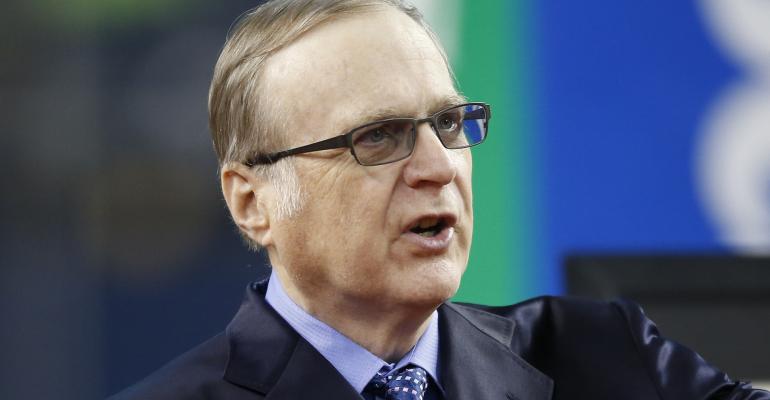 By Simone Foxman and Noah Buhayar

The billionaire’s vast holdings at Vulcan Inc. -- with real estate, art, sports teams and venture capital stakes -- would take years to unravel, if that’s even what he wanted. Allen, who died Monday, had no spouse or children to divide his empire. But there are many others with interests at stake, including family, staff and charities, as well as potential investors eager to snap up pieces.

“Even though this is a person’s life and their personal holdings, it’s almost like the dissolution of a major corporation,” said Darren Wallace, an attorney for Day Pitney who handles estate affairs for high-net-worth clients. “Even if things go along as you might expect, it could easily be three to five years."

The Microsoft Corp. co-founder spent more than three decades outside the software company, amassing a variety of business and philanthropic endeavors. At least half his $26 billion fortune is probably earmarked for charitable purposes after he joined the Giving Pledge almost a decade ago, and an estate tax bill will apply on much of what remains. But important questions loom about which of his assets are likely to be liquidated.

Vulcan, the 32-year-old company that oversees Allen’s money, was the umbrella for a variety of investments, activism and philanthropic units. They include Vulcan Real Estate, a commercial portfolio that Bloomberg estimates is worth $1.5 billion, and Vulcan Capital, which tends investments in public and private companies. He also amassed one of the world’s greatest art collections, and held ownership stakes in two professional sports teams worth roughly $3 billion.

His philanthropic interests were split among several other units. The Paul G. Allen Family Foundation, started by Paul and his sister Jody, oversaw assets valued at $766 million at the end of 2016, according to the latest filing available. That private organization is distinct from the Allen Institute, a public charity that focuses on medical research, with Jody and several Vulcan employees serving as directors.

“Paul thoughtfully addressed how the many institutions he founded and supported could continue after he was no longer able to lead them,” she said in an emailed statement, without elaborating. “Now, is the time to focus on Paul’s life and allow his family and friends space to grieve. We will continue to work on furthering Paul’s mission and the projects he entrusted to us.”

If other large estates are any guide, the legal transfer of his holdings will probably take years. Federal estate tax returns for deceased taxpayers must be filed within nine months, though many filers ask for a six-month extension. A large and complex estate like Allen’s -- even when well-prepared for a succession -- is likely to face an Internal Revenue Service audit, if only because of its size and complexity, said Wallace. During that time, administrative staffers are often required to deal with the agency’s questions.

“There are no changes imminent for Vulcan, the teams, the research institutes or museums,” Vulcan Chief Executive Officer Bill Hilf said Monday at a press conference in Seattle. “There’s a clear plan of what he wants done for his legacy.”

Allen’s death has already fueled speculation among professionals in Seattle’s real estate market about whether there might be opportunities for buyers to take over some of his properties and projects.

The company has buildings underway for Facebook Inc. and Alphabet Inc.’s Google, as well as a series of apartment complexes overlooking downtown. It’s also amassed land in nearby Bellevue, fueling speculation it could be developing a site for a major corporate tenant.

Allen leaned on plenty of people to run the operations. Ada Healey has led Vulcan Real Estate for nearly two decades, and was responsible for executing Allen’s plan to transform Seattle’s South Lake Union neighborhood from an out-of-favor industrial area into a thriving tech hub for Amazon.com Inc. and other companies.

Vulcan Inc. owned companies and other entities that may not be easy to liquidate or transfer to a charitable vehicle. Far beyond real estate, for example, he founded Stratolaunch Systems, which has been developing the world’s largest plane to launch smaller vehicles into space.