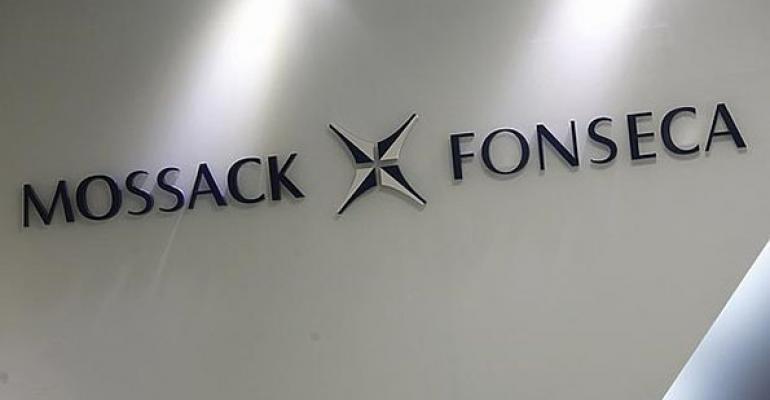 <p>In addition to having offices in the traditional jurisdictions that have the most favorable tax avoidance and secrecy laws, Mossack Fonseca also has locations in Nevada and Wyoming.</p>
Wealth Planning>High Net Worth

Just try and follow the bouncing buck. The U.S. plays the tax haven shell game better than just about anybody.

The recent “Panama Papers” leaks from international law firm Mossack Fonseca have cast public light on a murky corner of the international financial community, revealing the secret financial lives (and occasionally crimes) of some of the world’s richest and most influential people. The news cycle has been dominated by stories about the clandestine maneuverings of Vladimir Putin, Petro Poroshenko and disgraced Iceland Prime Minister Sigmundur Gunnlaugsson to such an extent that an important detail of the scandal is in danger of being swept under the rug—the active (and continuing) role played by the U.S as a tax haven.

Because the U.S. has spearheaded so much of the recent conversation about the need for international financial transparency, largely through its implementation of the Foreign Account Tax Compliance Act (FATCA), it’s often not recognized that the U.S. is also one of the world’s leading tax havens. A recent study by the Tax Justice Network, a U.K.-based advocacy group, ranked the U.S. as the No. 3 tax haven worldwide.

How is this contradiction possible? The vast majority of the U.S.’ international transparency efforts are largely one-way streets. We’re adamant about receiving any and all information about potential assets hidden by U.S. citizens. However, when other countries come calling for the same information, the U.S. doesn’t exactly leap to attention. For instance, the U.S. still hasn’t signed on as a participant in the Organization for Economic Cooperation and Development’s (OECD) Common Reporting Standard (CRS), effectively an international and bilateral version of FATCA, marking it as one of the only large countries that hasn’t acquiesced.

Taking note of where Mossack’s various offices are located offers a crash course on which jurisdictions have the most favorable tax avoidance and secrecy laws. There are the usual Caribbean suspects, like the British Virgin Islands and the Bahamas; Channel Islands, like Jersey; and opaque Eastern regimes, like Singapore and Hong Kong. But there are also two offices stateside, in Nevada and Wyoming.

Alongside similar-minded jurisdictions like South Dakota and Alaska, these states are engaged in an ongoing “race to the bottom” in order to attract corporate and dynasty trust business. They offer tax breaks (generally levying no state income tax at all), beef up the protections offered by the corporate veil, limit the public’s access to financial information, eliminate or drastically increase the period under the rule against perpetuities and do anything else they can to make it difficult for anyone (the government included) to figure out who owns what and how much they have. In these states you can, for example, set up a shell corporation that offers little to no public information about ownership and would require a court order to inquire any further into the issue; or establish a dynasty trust that could hold millions of dollars, indefinitely and largely tax-free.

Though the initial intent behind these state laws was to attract some money to an otherwise pretty desolate part of the country, they’ve combined with the U.S.’ general reticence toward sharing financial information to create highly attractive tax havens for foreign assets. An article earlier today in USA Today describes the empty offices of foreign-owned companies dotting Cheyenne, Wyo. that exist simply to satisfy the state’s physical presence requirement. Offshore asset protection firms are increasingly touting the fact that the U.S. has refused to sign on to CRS as a benefit of housing assets in U.S.-based companies. Mossack alone has created over 1,000 companies in Nevada and Wyoming.

So, when reading about all of the international celebrities, criminals and power brokers that got caught up in this scandal, don’t forget that a great deal of this subterfuge happened, and is still happening, right in our back yard. Tax avoidance is big business in the U.S. and has been for quite a while.