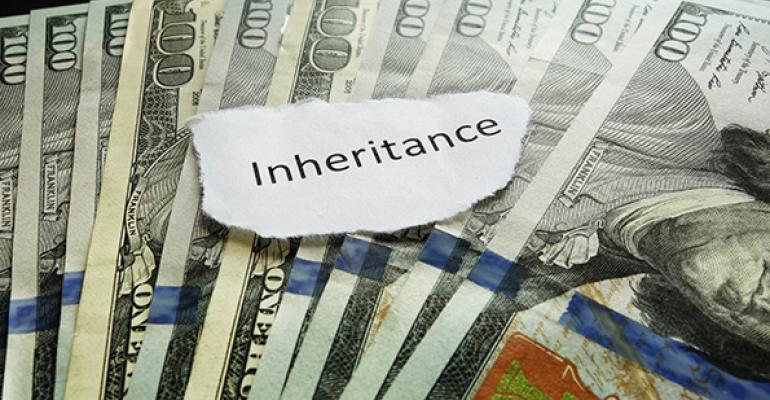 This Is One Inheritance You Don’t Want

(Bloomberg) --You may have received a big inheritance, even if you’re not aware of it: how you handle your money. Economics professors at the University of Copenhagen have found that if a parent was in default on a loan at the end of the year (their study looked at data from 2004 to 2011), the chance of default for their children was more than four times as high as for those whose parents were model financial citizens. And that's across all levels of parental income, loan balances and other measures, including that of intelligence.The study analyzed about 30 million personal loans held by some 5 million Danes aged 18 to 45. It linked that information to government data, including income level and education for the borrowers and their parents.

The study follows other research concluding that risk attitudes (PDF) seem to be handed down by generation. It couldn't rule out the chance that long-lasting health shocks had an effect on income that carried over to the next generation, but it did find evidence that shared common shocks tied to the business cycle, such as a parent and child unemployed at the same time, weren't likely causes for the correlation.

An earlier study that lends support to the Copenhagen work found that adoptees with parents who take on more investment risk in their portfolios tend to make financial decisions for their own portfolios that reflect similar levels of risk. It concluded that nurture plays a substantially larger role than nature in financial risk-taking among parents and children.

That's not to say our hard wiring plays no role. A 2015 study of identical and fraternal twins in Sweden concluded that “genetic differences explain about 33 percent of the variation in savings propensities across individuals,” finding that parenting plays a part in the differences in the twins' savings behavior early on but that the effect waned over time. The researchers used different methods from those of the Copenhagen professors.

The Copenhagen authors also found that for the same interest rate, the default incidence was substantially higher for those whose parents were in default than for those whose parents weren't. Loans with an interest rate of 5 percent had a probability of default within the next seven years of 0.5 percent if a parent wasn't in default in 2004, but the probability rose to 1.75 percent if a parent was, the authors write.

That means that “individuals with parents who are not in default on average pay an interest rate penalty to cover the losses incurred by individuals who default because they have adopted the financial behavior of their parents,” the study found. That's because the two types of borrowers pay the same rate, all else being equal.

The researchers note that some of their conclusions may not apply in countries without Denmark’s strong social safety net. They looked to see if parents and kids might both default on loans because a parent had strained his or her resources to provide financial help to a child, but a drop in financial wealth for Danes who became unemployed wasn't accompanied by a decline in their parents' wealth. In fact, in countries with weaker social support systems, such as the U.S., parents are likelier to put their own finances in peril to help out kids in trouble. The parent-child relationship, then, could have an even stronger correlation in loan defaults, the authors write.

Even if some of our attitudes toward money are hard-wired, no one wants to pass along a legacy of financial instability. There are many ways to nurture self-control and highlight the difference between “wants” and “needs." Beyond prompt loan repayment, that goes for the panoply of our financial lives, from weekly budgeting to retirement saving.

The Consumer Financial Protection Bureau’s "Money As You Grow" tackles these issues in its online book club for parents and kids. The group's most recent pick, for kids between 5 and 8, is Those Shoes, by Maribeth Boelts, about making tradeoffs and setting priorities.

Those tradeoffs and priorities can be agonizing for many Americans at a time of acute income inequality. But if you're able to be a smart saver and shopper and make the tough budgeting tradeoffs—and if you let your kids see all that at the grocery store and when you're paying the bills—they're likelier to adopt these behaviors as adults.