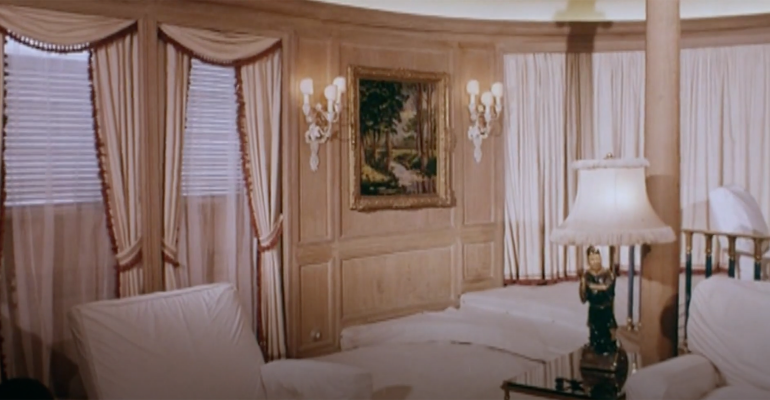 The Onassis Family Is Selling a Painting by Winston Churchill

Aristotle Onassis displayed the painting in the saloon of his super yacht the Christina, where it hung alongside paintings by El Greco, Pissarro, Gaugin, and Vermeer.

(Bloomberg) -- After sitting in storage for decades, a painting by Winston Churchill is coming to auction at Phillips New York with an estimate of $1.5 million to $2 million.

The landscape, The Moat, Breccles, was painted by Churchill in 1921 and remained in his own collection for 40 years. “He didn’t like to give paintings away, or sell them,” says Jean-Paul Engelen, the deputy chairman and worldwide co-head of 20th century and contemporary art at Phillips.

But after developing a friendship with the shipping magnate Aristotle Onassis in the late 1950s, Churchill decided to bestow upon Onassis an honor previously accorded to a select group that included Queen Elizabeth and Dwight D. Eisenhower: a gift of one of Churchill’s artworks.

Specifically, he gave Onassis The Moat, Breccles. “If your friend is Onassis, one of the richest and most powerful businessmen in the world, then obviously you’re going to give him something that is dear to you and that you’re proud of,” Engelen says.

Onassis was appropriately touched. He displayed the painting in the saloon of his super yacht the Christina, where it hung, Engelen says, alongside paintings by El Greco, Pissarro, Gaugin, and Vermeer.

The work depicts a bucolic summer landscape at Churchill’s wife’s cousin’s property Breccles Hall, an historic manor house in Norfolk. The painting was last seen in public when a camera panned across Onassis’s saloon in a 1964 documentary, The Other World of Winston Churchill.

Churchill and Onassis had been friends since Churchill’s son Randolph introduced them in 1956.

The former prime minister took no fewer than eight cruises on Onassis’s boat from 1958 to 1963, according to a release by Phillips. The yacht was for a period one of the most famous in the world. Onassis bought the Canadian frigate at the end of World War II for a reported $34,000, then spent $4 million refurbishing it.

In a letter to his wife, Churchill described the Christina as “the most beautiful structure I have seen afloat.”

Onassis subsequently used the yacht to host such celebrities as Marilyn Monroe, billionaires as J. Paul Getty, artists as Rudolf Nureyev, and dignitaries as John F. and Jackie Kennedy—who married Onassis in 1968.

Among its many features, the Christina included a bar (“Ari’s bar”) that featured whale teeth and stools covered in whale foreskins.

When Onassis died in 1975, his daughter donated the ship to Greece’s government, though its contents remained in the family and the Churchill painting was put into storage. “They were aware that they had the painting,” Engelen says, “and after conversations, it was decided that maybe it was something that, rather than stay in storage, should go on to the next generation of collectors.”

The work will appear at Phillips’s 20th century and contemporary art evening sale on June 23 in the firm’s new headquarters on Park Avenue in New York.

The sale comes after a public record for Churchill’s work was set in March at Christie’s in London, when actress Angelina Jolie sold Churchill’s 1943 painting, Tower of the Koutoubia Mosque, for just under $11.6 million. Engelen says he’s learned that two additional paintings by Churchill have since sold privately in the $5 million range.

Phillips is understandably playing up the painting's history: A promotional video has been made, and there are plans to replicate “Ari’s bar” at the auction house’s headquarters before the sale. Clients will be invited to the bar for a glass of Pol Roger, Churchill’s favorite Champagne, though Engelen notes that the whale teeth will be fake and whale foreskins “will not be re-created.”

Churchill’s painting will hang in the re-created bar, he continues, “and tell the story of these two titans of the 20th century.” It’s a rare example, Engelen says, of “when art history and world history come together.”