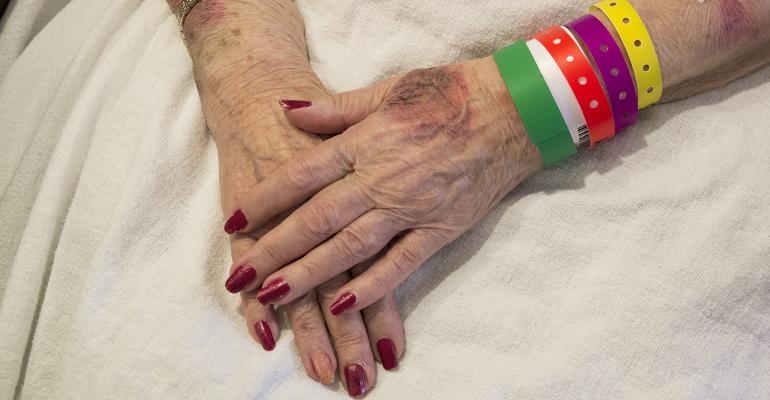 Congress decides to try a carrot instead of a stick.

Financial service providers will now be encouraged to report suspected financial abuse through the promise of immunity, thanks to a new federal law signed by President Trump on May 24, 2018. The legislation pulls back several provisions of the Dodd-Frank Act on the argument that certain measures unduly tied the hands of financial service providers. The new law had bipartisan support, passing the Senate in March on a vote of 67 to 31, and securing 258 yeas and 159 nays during the final vote in the House on May 22.

Buried within the law is the even more strongly supported Senior Safe Act, or more cleverly, S$A, once the stand-alone bill (S. 233) of Sen. Susan Collins (R-Maine), which had sponsors from both sides of the aisle in the Senate Select Committee on Aging. Dollar signs are at the heart of the law.

Collins reportedly modeled the S$A on her home state’s elder abuse protections. Supporters contend that banks and financial advisor are often the first to witness clients making untypical withdrawals of money, perhaps with plans to wire the funds to fake relatives stranded in foreign countries, or maybe, hand the cash to a newly appeared niece hovering in the lobby.

The new federal law uses the promise of “immunity” to encourage national banks, savings and loans and other financial institutions to train staff and to make reports of suspected financial exploitation of their older clients to state or federal law enforcement authorities. Congress seems to be catching up with the states, once again.

During the last 10 years, consumer advocates, state legislators, senior advocates, including AARP, and a wide range of financial industry players have come together to make reporting financial abuse an accepted norm. A 2016 report by the Consumer Financial Protection Bureau identifies more than 25 states, plus the D.C., with laws that make banks and other financial institutions mandate reports of suspected financial exploitation.

The new federal legislation certainly doesn’t go that far; this law is a carrot, not a stick. But the S$A should further reduce the once common argument that banks can’t report suspicions of abuse without express customer permission, contending customer privacy always trumps protection.

At least this will be true for customers of financial institutions aged 65 and older, which is the focus of the new federal protection. The federal law also should alleviate concerns for national entities that compliance with state mandatory reporting laws could still leave them vulnerable to federal privacy provisions.

Section 303 of S.2155, now Public Law No: 115-174, contains the key provisions, beginning with the definition of exploitation as the “fraudulent or otherwise illegal, unauthorized, or improper act or process of an individual, including a caregiver or a fiduciary that” —

A core component of the legislation links training of employees to immunity for both the reporters and the “covered financial institutions.” The covered institutions include credit union depository institutions, investment advisors, broker/dealers, insurance companies and agencies, and transfer agents, all as defined in the S$A.

To qualify for immunity, the institution (or a third party) must train employees on “how to identify and report the suspected exploitation of a citizen internally, and, as appropriate, to government officials or law enforcement authorities, including common signs that indicate the financial exploitation of senior citizens.” The federal law continues to recognize privacy issues, providing that training must “discuss the need to protect the privacy and respect the integrity of each individual customer.”

One potential complication to keep an eye on. The S$A appears to contemplate a chain of command for the actual reporting to trigger immunity. Rather than immunizing “any” employee reporting suspected exploitation, the law specifies protections for reporters who “served as a supervisor or in a compliance or legal function (including a Bank Secrecy Act officer),” and, of course, who made the disclosure “in good faith” and “with reasonable care.” In turn, immunity for the covered financial institution seems to arise only when one of those described individuals makes the disclosure to authorities. The new law thus requires covered institutions to maintain records on training and on the identity of the described reporters.

Unlike other provisions in S. 2155, such as the provisions amending credit-reporting rules affecting veterans and other consumers (Sections 301 and 302), the S$A at Section 303 doesn’t have an internal effective date and, therefore, appears to be effective immediately.

The early bottom line on the S$A as enacted in May 2018? To gain consumer protections, first offer protections for the industry.