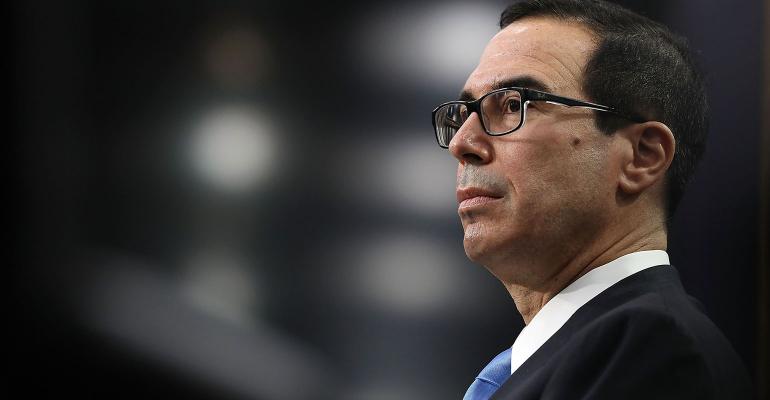 What impact will this have in concert with Trump's new tax plan?

In a report issued on Oct. 2, 2017, Treasury Secretary Steven Mnuchin recommended that the proposed Internal Revenue Code Section 2704 regulations be withdrawn. Those regs would have restricted the use of partnerships and other entities to generate valuation discounts. The Internal Revenue Service had released a proposal in August 2016 in an attempt to limit what it perceived as an erosion of the applicability of Section 2704 and the creation of artificial valuation discounts. A hearing was held on on Dec. 1, 2016. Almost 30,000 formal comments were submitted to the Treasury.

Practitioner reactions to the news ran the gamut. For instance, Martin Neumann, partner at the law firm Weinstock Manion in Los Angeles, wasn't particularly concerned to begin with, explaining, "The proposals were virtually impossible to enact as written, at least not without a drawn-out process. We were proceeding as if the status quo was going to remain intact." On the other hand, Todd A. Angkatavanich and Eric Fischer, both of Withers Bergmann LLP, showed a bit more relief, noting, "Treasury's announcement of its intention to withdrawal the Proposed Regulations under Section 2704 is a positive development and will help to ensure that an already complicated issue does not become endlessly complex, internally inconsistent and detached from commercial reality."

How this news interacts with President Trump's recently announced tax plan, and his stated intention to repeal the estate tax in particular, is still up for debate. If the estate tax is repealed, then the withdrawal of the proposed regs becomes moot, notes Jonathan G. Blattmachr, principal at Pioneer Wealth Partners LLC in New York City. But the withdrawal will be beneficial if the gift tax remains, so the regs won’t interfere with gift tax planning, he adds.

For others, the key word is "uncertainty," particularly given President Trump's spotty record of getting big ticket items through Congress. Angkatavanich and Fischer note that "While the broad concept of the Proposed Regulations was clear, the actual provisions could have led to significant uncertainty, uneven application and unexpected consequences" going forward. Neumann agrees, explaining that "Until we know what will happen with [transfer taxes], any certainty is welcome."

But, practitioners shouldn't celebrate just yet. If we have a Democratic sweep in 2020 or 2024, it’s possible that the proposed regs might be reincarnated and reintroduced in some form, says estate-planning attorney Martin Shenkman, of Fort Lee, N.J.