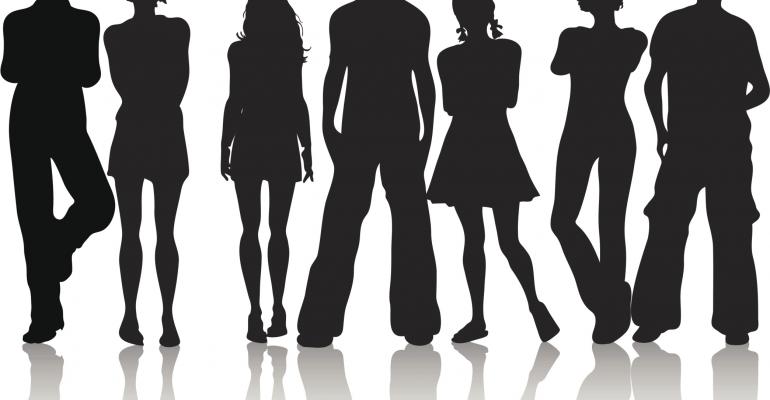 Although the number of family offices practicing any strategy involving SRI is small, interest in SRI is nonetheless high.&nbsp;

A pair of industry buzzwords, one popular among advisors, the other, maybe not so much, collide in the US SIF (The Forum for Sustainable and Responsible Investment) Foundation's recent report on "Family Offices and Managing Investments for Impact."

The guide reviews recent research and interviews several family office executives and advisors to make the case that sustainable, responsible and impact investing are of growing interest among high-net-worth investors and their offspring. Though it can take a wide variety of forms, sustainable, responsible and impact investing (SRI) generally considers an investment's impact on environmental or social conditions, or screens for certain types of corporate governance policies (collectively known as ESG criteria) while, hopefully, generating long-term financial returns that are, at the very least, competitive with the broader market returns.

The report found the central driver of interest in SRI is millennials. A recent survey of high-net-worth individuals (those with at least $3 million in investable assets) by US Trust Bank of America Private Wealth Management found 85 percent of millennial respondents agree that social or environmental impact is important to investment decisions, compared with 70 percent of Generation X and 49 percent of baby boomers.

The same study found that only 10 percent of all HNW adults surveyed currently own or employ social impact investments, while 22 percent are interested. Among wealthy millennials, however, 17 percent currently own such investments and 43 percent expressed interest.

The study also revealed a fairly significant gender gap, with 71 percent of female respondents deeming SRI factors important to their investment decisions, as compared to only 49 percent of Males. 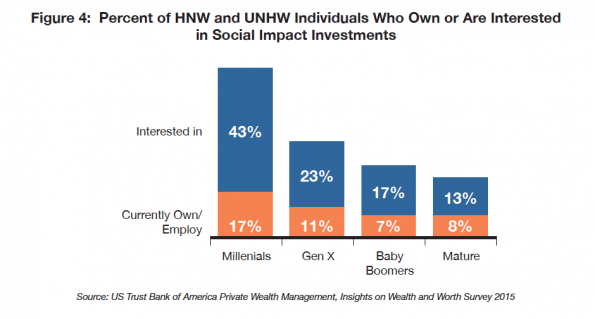 Even among older investors, interest in SRI largely centers around a belief it can be used to bridge the generation gap with millennials, communicating a family's values and getting next-generation family members involved in the responsible stewardship of assets and "engage their interest," according to Eric Stephenson, Portfolio Director at both the Cordes Foundation and Cordes Family Office.

Tom Livergood, CEO of the Family Wealth Alliance, recognizes the central role of millennials in SRI, but adds, "In general, for the family as a whole, the interest in SRI is that it transcends generations. It's a way for cross-generation communication."

HNW interest in SRI has also been fueled by the growing evidence that returns do not suffer when values-based investment criteria is applied, according to the report. A 2015 Deutsche Asset & Wealth Management and Hamburg University survey looked at over 2,000 empirical studies—the most comprehensive review of academic research on the topic—and found a positive correlation between ESG standards and corporate financial performance, which remained stable over time. 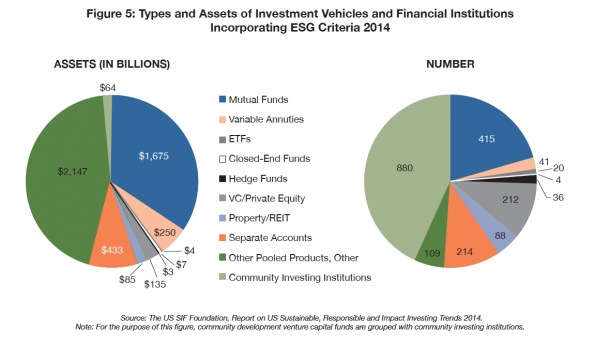