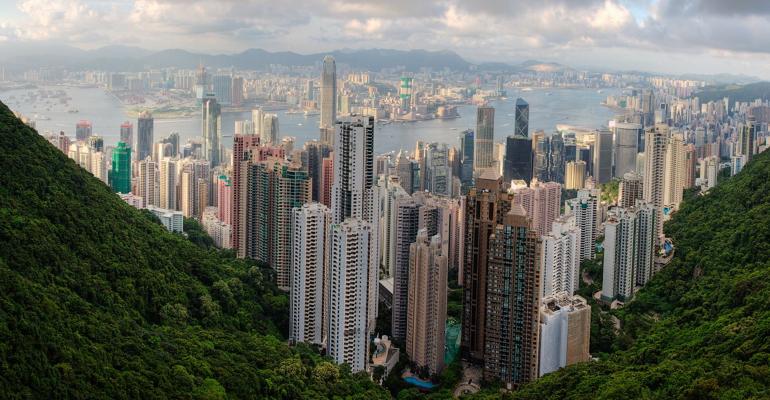 Four out of the 10 homes that sold for $100 million-plus last year were in Hong Kong.

(Bloomberg) --Hong Kong has overtaken London as the world’s top market for luxury homes after seeing a record number of $100 million-plus deals.

Related: This $100M House Has Its Own Movie Trailer (Rated R)

Four out of the record 10 homes that sold for this amount last year were in Hong Kong, according to a Christie’s International Real Estate survey published Wednesday. London, which notched up two $100 million deals, dropped to second place in the broker’s luxury-homes ranking for the first time in its five-year lifespan. New York retained third place.

Peaks in markets like Hong Kong have been set against “more turbulent waters witnessed in deep markets like the U.K., which has had to deal with an election, new taxes from a Conservative government, Brexit, and yet another election,” Dan Conn, CEO of Christie’s property division, said in a statement.

While the very top of the real estate market is thriving, sales of more modestly priced luxury properties are starting to slow. Sales of homes costing at least $1 million grew 1 percent worldwide last year, down from 8 percent growth in 2015 and a 16 percent increase in 2014, according to the report.

The average time it took to sell a luxury property rose about 13 percent to 220 days as supply outweighed demand in some markets.