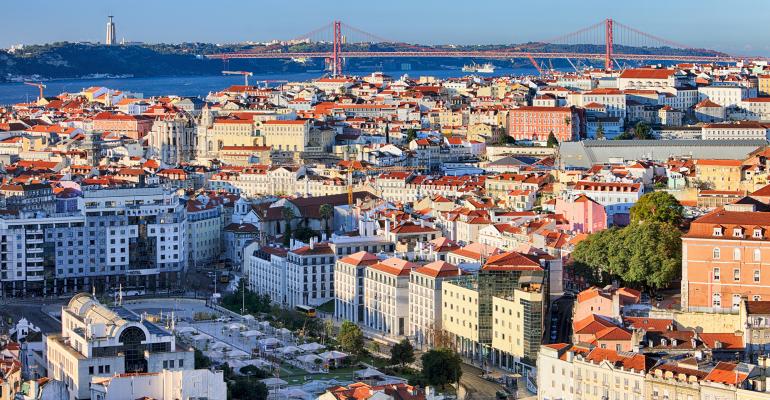 (Bloomberg) -- For the wave of executives turning into digital nomads since the pandemic, there’s nowhere more accommodating than Lisbon.

That’s according to research by real estate broker Savills Plc, which ranked 15 prime residential markets by their appeal to long-term remote workers. The Portuguese capital’s sunny climate and low cost of living has led to an influx of residents who are now able to log into work from anywhere.

“The pandemic has been a catalyst for executives to make the jump from office life,” Paul Tostevin, director of world research at Savills, said in a phone interview. “Lisbon offers the advantages of city living, and the benefits of being in the European Union.” 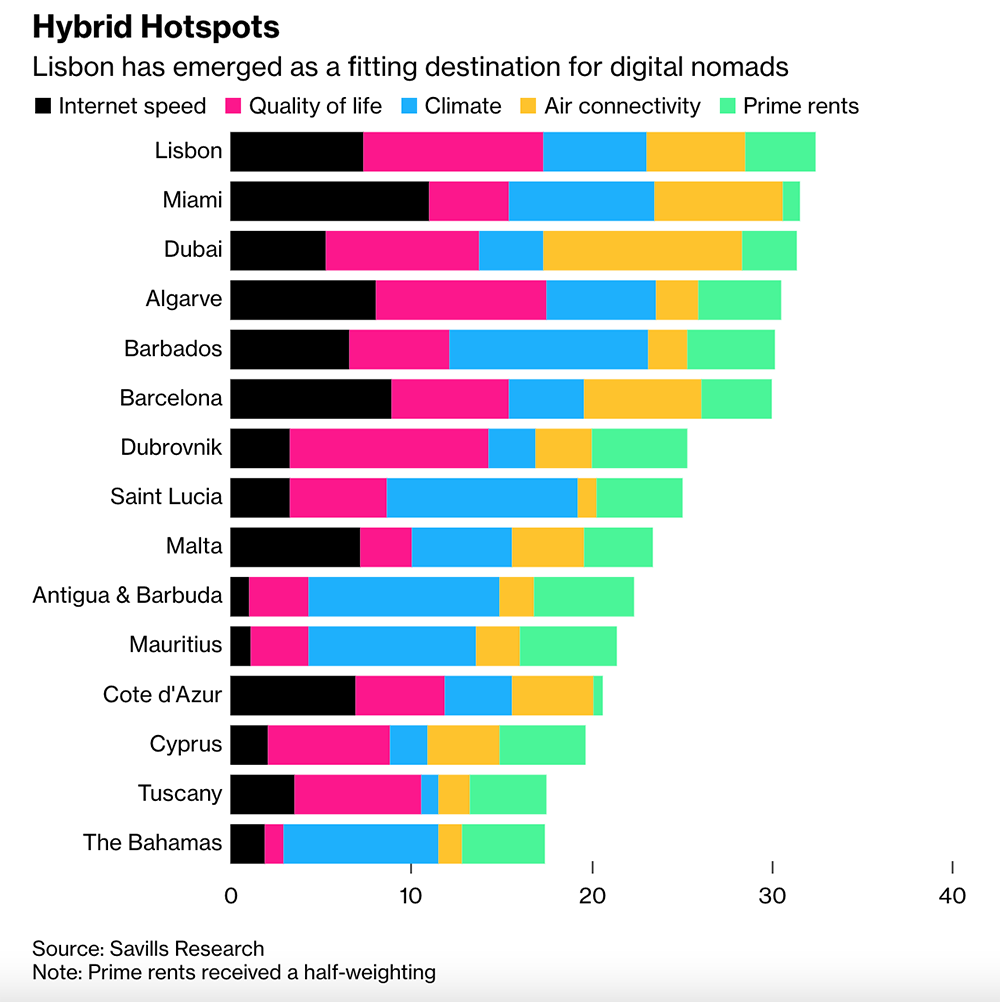 Savills said speedy broadband is also among the reasons why remote workers are attracted to the city, which has become a magnet for international property investors. Foreigners are willing to pay more than double for a Lisbon home than domestic buyers, according to Portugal’s National Statistics Institute.

Overseas buyers paid a median price of 4,283 euros ($4,576) per square meter of Lisbon property in the three months through December, compared with 1,858 euros for locals, the institute said in a report released last week. Surging demand lifted real estate prices in the city by 11.4% in the same period, meaning some domestic buyers are being forced to look elsewhere for a home.

Digital nomads are flocking to Portugal’s southern Algarve region too. Already popular with holidaymakers, the area’s climate, beaches, and easy connections to the rest of Europe are spurring overseas buyers to purchase homes to use all year round.

Pedestrians at a crossing on Rua Augusta in downtown Lisbon, Portugal, on Monday, Jan. 31, 2022. Socialist Prime Minister Antonio Costa won Portugal's general election and will now have an absolute majority in parliament, meaning far-left parties are no longer needed to back his budgets.

“People are making their holiday homes more permanent,” said James Robinson, director of sales at QP Savills, the broker’s agency in the Algarve. “Clients are looking for office space, which wasn’t even on the agenda before, and high-speed internet, which we have here.”

Hot on Lisbon’s heels is Miami, which sits second in Savills’ index. A mixture of tax incentives, low interest rates and remote working policies makes the Florida city a popular destination for buyers relocating from northeastern U.S. states. Dubai, which is a well-established expat hub, also scored highly alongside Barbados, Barcelona and Dubrovnik. There were no Asian cities included in the rankings.

In Lisbon, Ricardo Garcia, director of residential at Savills in the city, says he expects the influx to continue as the city grows its status as a tech hub.

“Companies are moving their headquarters to Portugal,” Garcia said. “The area is becoming more and more international and I don’t see Lisbon or Portugal slowing down anytime soon.”