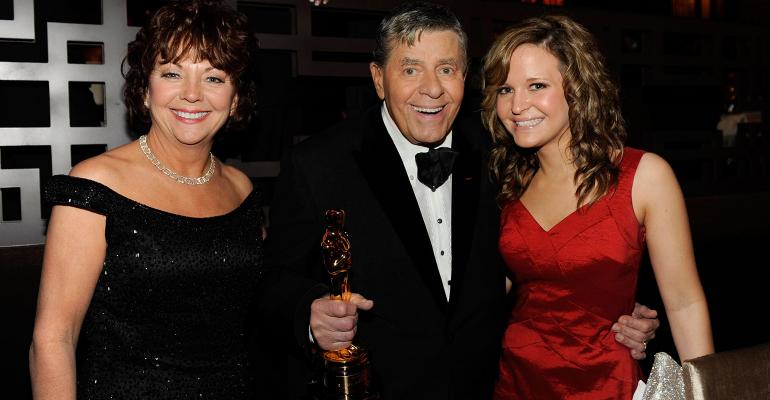 The comedians’ Will demonstrates both good and bad ways to disinherit your kids.

This past August the world lost a legend when comedy icon Jerry Lewis died of heart failure at aged 91. However, as is so often the case when a beloved celebrity passes, he leaves behind a valuable and, more importantly, publicly visible estate-planning lesson.

Some of the details of Lewis’ Will began to emerge yesterday morning, and the media has largely honed in on the supposedly shocking fact that he “intentionally” disinherited his six sons from his first marriage to singer Patti Palmer, leaving everything—an estate worth an estimated $50 million—to his widow, SanDee Pitnick, and their adopted daughter Danielle. The relevant passage in the will, executed in 2012, reads:

“I have intentionally excluded GARY LEWIS, RONALD LEWIS, ANTHONY JOSEPH LEWIS, CHRISTOPHER JOSEPH LEWIS, SCOTT ANTHONY LEWIS and JOSEPH CHRISTOPHER LEWIS and their descendants as beneficiaries of my estate, it being my intention to that they shall receive no benefits hereunder.”

First, to quickly dispel a misconception, there’s very little shocking here. Though Lewis’ motivations aren’t known, parents, regardless of wealth, disinherit their children all the time. Perhaps the relationship soured or the child can’t be trusted with the money; maybe one child doesn’t need the money while another one does. When it comes to families, money and death, nothing should be shocking at this point.

There also seems to be some added scuttlebutt centered on his use of the term “intentional” in the disinheritance, with some viewing this as somehow more callous than usual. In reality, this is, in many cases, the correct way to disinherit a child.

The key element in interpreting a Will is the struggle to discern the testator’s intent. Though this theoretically sounds easy—just do what he wrote—things aren’t that simple when the author isn’t there to help you work out any confusion. By making it crystal clear, by listing his sons’ names, including “and their descendants,” and even using the word “intentionally,” Lewis ensured there could be no confusion as to exactly whom he meant the clause to cover. Had he instead written something like “I disinherit the children from my first marriage,” it opens up some room for interpretation, which is all that’s required to mount a challenge.

However, Lewis’ Will, as far as we’ve seen, is especially notable for also showing a less effective way to disinherit. Lewis had another child out of wedlock, who calls herself Suzan Lewis (née Minoret), whom he never acknowledged despite her parentage being confirmed by DNA tests. She isn’t mentioned among those disinherited, presumably because to do so would require Lewis to admit he was her father in the first place. (Though even this conclusion is pure conjecture without Lewis around to confirm—see how quickly things can get murky?) However, since he didn’t name her at all and he was so intentionally specific in naming those whom he did intend to disinherit, it could be argued that she retains some claims to his estate.

Ms. Lewis seems to agree, telling Inside Edition in an interview after Lewis’ death, “I think that I would deserve something … especially in my situation.”

Her “situation” is that she’s broke and homeless, living in Philadelphia. Perhaps Jerry was just counting on her not being able to afford a lawyer? We can only guess, which is the problem.