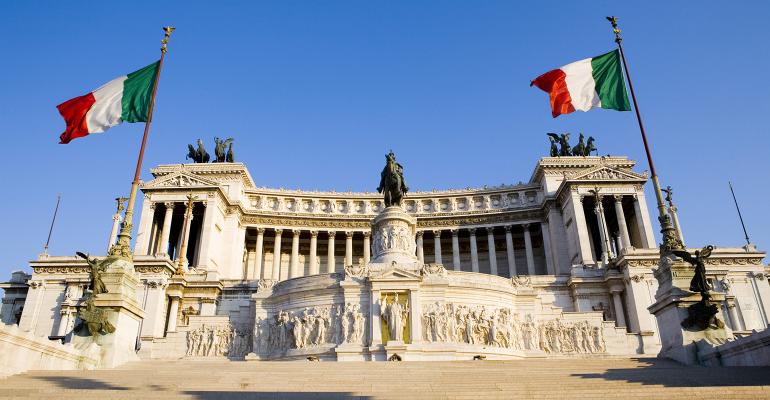 Is Italy the Next Tax Haven?

Many nations are tempting HNW individuals through tax relief and golden visas.

Italy has seen an influx of high-net-worth individuals from around the globe, keen to take advantage of a recently introduced tax policy providing income tax relief. The policy allows anyone who hasn’t lived in the country for nine out of the last 10 years to pay a flat rate of €100,000 a year income tax on all income generated outside of the country.

At 43%, income tax in Italy is at the higher end of the global spectrum, so the policy does allow for a considerable discount.

According to the Institute for Fiscal Studies, the top 0.1% of U.K. income taxpayers earn an average of £650,000. In the United Kingdom this equates to an annual tax sum of £292,500, notwithstanding additional avenues to reduce tax such as charitable donations.

So U.K. HNW individuals stand to make a considerable saving when making a move to Italy.

Italy also offers a residency by investment program, providing investors with European Union residency and citizenship after 10 years, as well as visa-free access to 26 other countries, for a minimum investment of just £225,399.

The United States has also seen a handful of its HNW individuals make the overseas move, along with those from France and Russia.

Given the broader economic landscape, many countries are now vying for HNW individuals and the financial benefit they bring. Italy is merely the latest destination to rise through the ranks, and it provides the additional benefit of a residency through investment program.

However, while there’s an attraction, the country is still playing second fiddle to many other nations both in terms of the rate of income tax and the quality of its residency through investment program.

Monaco remains the primary destination for many of the world’s wealthiest investors, and this is unlikely to change. Not only is income rate tax nonexistent in Monaco, but the nation also offers an outstanding residency through investment program with a minimum investment of below £1 million. There’s also been a sharp increase in demand in Saint Kitts and Nevis and Vanuatu.

In addition to Monaco, there are currently 12 other nations that have a 0% rate of income tax; however, just Saint Kitts and Nevis and Vanuatu offer citizenship through investment programs. As a result, both have grown in popularity with investors, granting citizenship within months for a minimum investment of £115,000 or less and visa-free access to as many as 156 other nations.

Montenegro, Bulgaria, Switzerland and Malta also provide HNW individuals with a lower rate of income tax, between 9% and 35%, coupled with varying levels of residency or citizenship through investment.

Income tax is always going to be a primary concern for those looking to greener pastures, but while protecting existing wealth is a factor, future business opportunities will often be the primary factor for most investors.

Nations such as Monaco, Vanuatu and Malta offer various tax incentives. However, the additional benefit of gaining residency or citizenship through investment, and the quality of the schemes these nations have in place, are always likely to tempt investors more so than the flat rate of tax being offered in Italy. 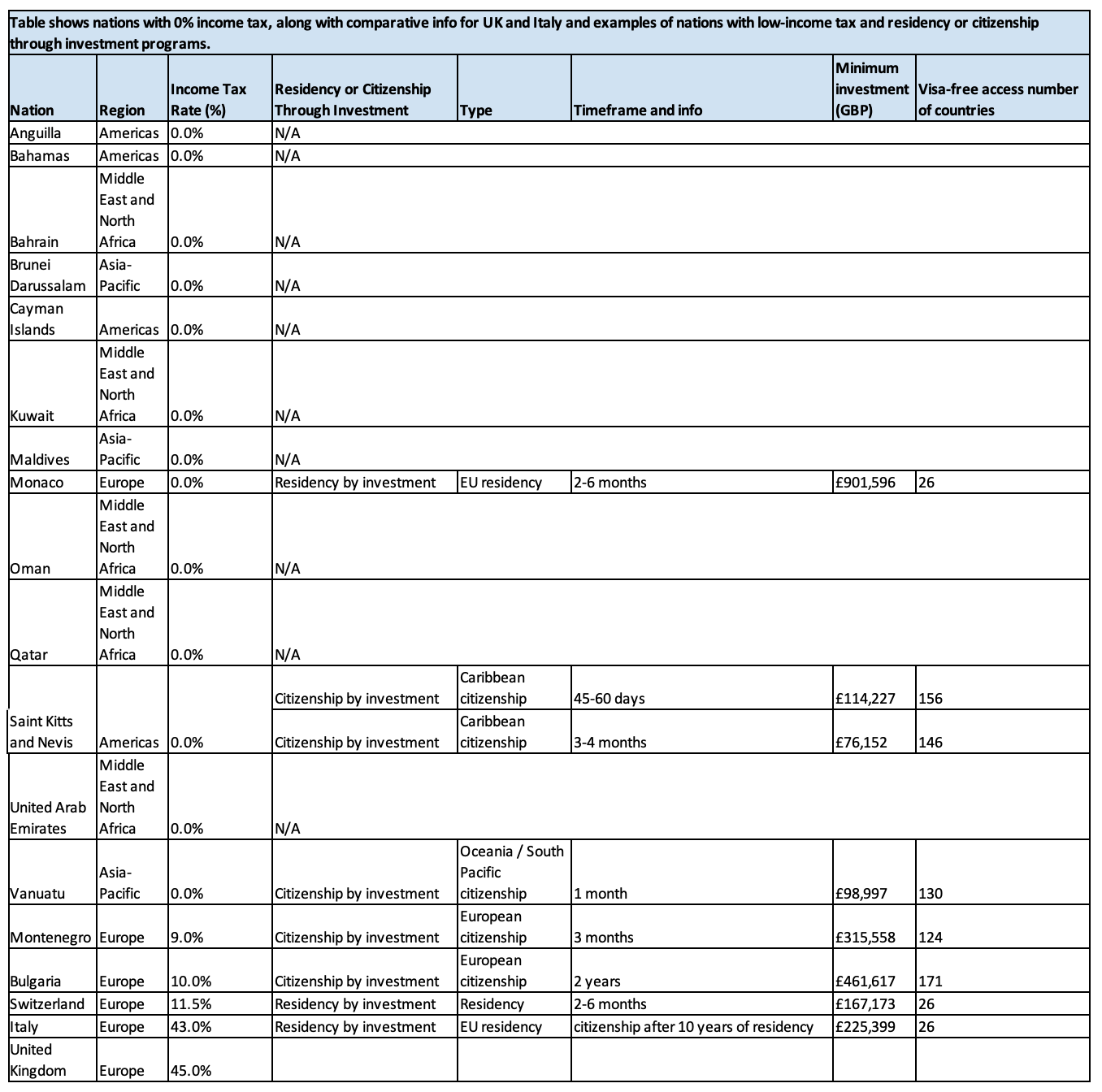