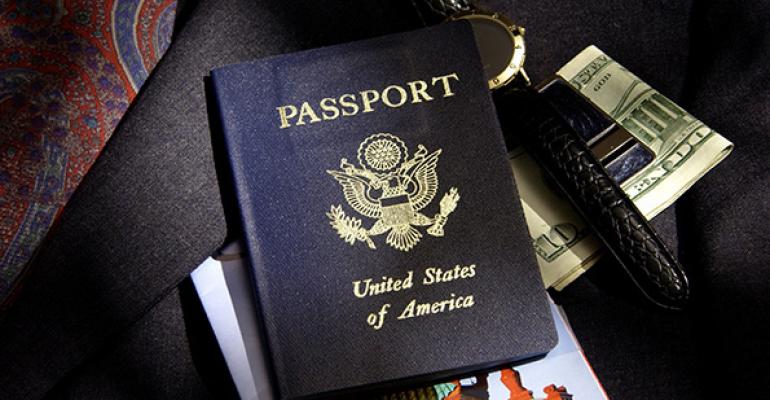 IRS Says "You Owe Us Money – Bye-Bye US Passport!"

Americans living abroad could have their passports revoked simply by being on an IRS list for owing taxes.

Travelers would be wise to include their tax and immigration legal teams on speed dial.

January 1, 2016 marked a new era for Americans living abroad, as the ‘‘Fixing America’s Surface Transportation Act’’ (FAST) is now effective. The FAST Act authorizes the denial of a passport application or the revocation of a current passport where the individual has more than $50,000 of unpaid federal taxes.

This unprecedented coordination between the IRS and Customs allows the IRS to instruct Customs to stop U.S. taxpayers and confiscate their passports as a result of an alleged tax obligation.

Americans living and working abroad depend on their passports for traveling, conducting financial transactions and identification. Naturally, having this important piece of documentation revoked suddenly could cause substantial harm and distress.

Imagine an American businessman who relocated himself and his family three years ago in order to work in Germany. He travels to New York for a quick business trip. On arrival at JFK, he is informed that his U.S. passport has been revoked because he allegedly has a "seriously delinquent tax debt." The customs official confiscates his passport and refuses to give it back. Our American businessman will not be able to go back to Germany to visit his children until he has cleared up his tax situation.

Under the authority of the FAST Act, the U.S. government can keep this businessman's passport until he pays the full amount of tax he owes or until he is able to prove that he does not owe this amount in a federal district court or the Tax Court. This quick business trip could quickly turn into an extended travel nightmare, subjecting this unsuspecting traveler to financial, social and professional harm. The resolution of the dispute could take weeks, months or years.

Expats Are Unaware of Their US Tax Filing Requirements

The United States taxes its citizens on their worldwide income. Further, Americans (at home or abroad) must report their foreign financial assets each year or face criminal penalties and a host of draconian civil penalties. This can be particularly confusing for Americans living abroad, as most countries impose tax based on residence, not citizenship. Accordingly, Americans abroad can be ill advised by well-meaning accountants within their country of residence as to their U.S. reporting and tax obligations.

U.S. taxpayers who have moved to a high-tax jurisdiction, such as the UK, Australia or Canada and who file and pay the requisite tax in those jurisdictions, can find themselves in the crosshairs of the FAST Act. This is because calculating whether a taxpayer has a "seriously delinquent tax debt" of over $50,000 would be computed initially without taking into account applicable deductions or foreign tax credits available for foreign income tax paid to their country of residence (non-U.S.). Such a taxpayer could find themselves holding a revoked passport, despite the fact that they would not have owed any tax to the U.S. government had they properly filed U.S. tax returns.

The issue is further complicated for U.S. taxpayers living abroad because these taxpayers likely will not learn of their U.S. tax obligations until they travel to the United States (or some other jurisdiction) and their passport is confiscated. While the FAST Act requires that taxpayers be notified of their deficiency in person or by mail to their last known address of record, many people who move abroad do not update their address with the IRS or maintain a mailing address in the United States, so they may never receive notice of their growing tax deficiency. Others may honestly believe that their foreign tax obligation negates any and all U.S. tax and reporting responsibilities, and as a result those taxpayers may ignore the FAST Act notifications.

These two factors, namely the use of a "gross" tax liability standard and imperfect notification standards, make it all the more likely that an unsuspecting traveler, who would have owed nothing had they filed U.S. tax returns or been able to respond to an initial IRS notice, ends up learning of their amassing tax liability only when their U.S. passport is surprisingly stripped from them, leaving them stranded and unprepared for an extended stay in the United States or abroad. Such an individual is left with few options and little recourse. The taxpayer must either (1) wire money to the IRS if they have access to liquid assets, (2) arrange an installment agreement to pay the tax owed over the course of time, or (3) stay in the United States and litigate whether the IRS assessment is correct. In the first two options, the Secretary of State is not required to reissue a passport for up to 30 days after payment of the tax due or up to 30 days after entering into an installment agreement to pay the tax due. As one can imagine, under the third option, litigating one's tax debt takes significantly longer than 30 days.

People are expected to pay for their own room and board, as well as any legal fees incurred, during these stressful months of unexpected stay in the United States. The FAST Act specifically includes a "hold harmless" provision, which prevents a taxpayer from looking to the U.S. government to recover any of these unexpected and incidental costs and consequences. So, even if the revocation of the passport was invalid under the FAST Act, the stranded U.S. taxpayer has no recourse to recover expenses.

Importantly, the FAST Act contains a provision that states that if the Secretary of State decides to revoke a passport, that passport may be made valid ONLY for return travel to the United States. This Act also allows the Secretary of State to issue a limited-use passport (after the revocation of a passport) that acts as a one-way, one-time passport for return travel to the United States. Consider a U.S. citizen businesswoman living in Australian who wanted to travel on her U.S. passport from Australia to a meeting in China. She may find herself unable to return to Australia from China with her revoked passport. Her only prospect of further travel would be a one-way trip back to the United States to resolve her purported tax liability.

The FAST Act essentially allows the US government to trap and hold U.S. citizens with alleged unpaid taxes in excess of $50,000 within the borders of the United States, providing them with no means of escape and subjecting them to material and excessive financial burdens in order to resolve their plight.

Customs as a New Collection Agency for the IRS

The passport revocation provisions of the FAST Act are estimated to raise $398 million over the next 10 years. While this is a handsome sum from the perspective of the IRS, this number represents only a fraction of the aggregate financial, social and professional harm that will be spread amongst countless Americans, both domestically and abroad.

Now more than ever, Americans, and especially those living abroad, must ensure that they are in compliance with their U.S. tax and filing obligations so as to avoid the unfair treatment of the FAST Act. Americans living abroad who are not in compliance with their U.S. tax and filing obligations, especially those with plans to travel back to the United States, should contact a competent tax professional to consider addressing their filing deficiencies as soon as possible to avoid the potential loss of their U.S. passports, as well a myriad of costly civil and criminal penalties. Several options exist to correct filing deficiencies. A competent tax attorney can analyze the facts and circumstances facing a particular taxpayer and choose the appropriate course of action to achieve the best outcome and to avoid the pitfalls of the unwary.

Even if you think you are fully compliant, Americans living abroad should also consider ordering copies of their account transcripts from the IRS periodically. Although the IRS offers an online system for ordering transcripts, this system was recently hacked, with some 500,000 taxpayers' information stolen. Accordingly, it may be best to request such information the "old-fashioned way" — via a phone call to the IRS or by mail order.

It is early to expect to see reports of enforcement that would allow travelers to understand the certainty of the risk they face (although the magnitude is clear). As this provision was not unexpected by the IRS and the State Department, who may have been jointly studying practical issues and the developing options to enforce a provision like this since 2011, we may not have long to wait. Certainly, being the test case is not a desirable position.

In the meantime, consider keeping your immigration lawyer's phone number on speed dial.