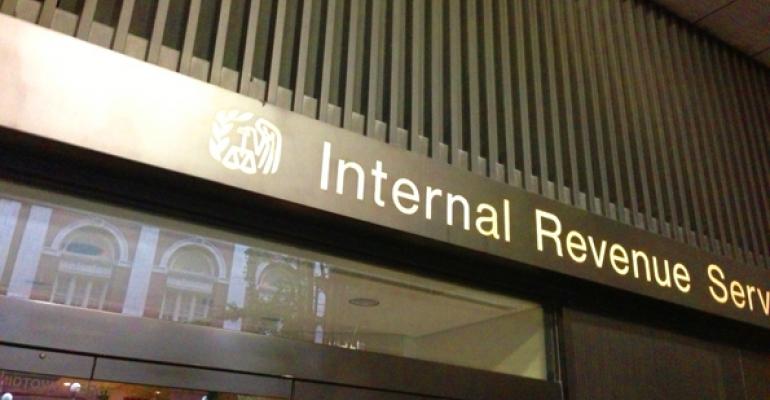 What could this recent advisory mean for your clients?

The Internal Revenue Service published guidance yesterday that may limit individuals’ ability to deduct prepayments in 2017 of real property tax not assessed until 2018 or later.

Beginning in 2018, the Tax Cuts and Jobs Act limits the combined deduction for state and local tax and property tax to $10,000 ($5,000 in the case of a married individual filing separately). The Act prevents individuals from prepaying 2018 state and local income tax but doesn't prevent individuals from prepaying real property tax. That has set off a scramble to prepay property tax in 2017, when the full deduction is still allowed. In Cook County, Illinois, for example, 47,000 taxpayers have prepaid more than $312 million, according to the Chicago Tribune, compared with just 1,700 who prepaid $13 million one year ago.

An IRS advisory published yesterday, however, could prevent individuals from deducting property tax prepayments in 2017. According to the advisory, whether a taxpayer can deduct a property tax prepayment in 2017 depends on whether the tax was both assessed and paid before Jan. 1, 2018. Prepayments of anticipated real property taxes that haven’t been assessed before Jan. 1, 2018 are not deductible in 2017. Whether a tax has been assessed is a question of state or local law, and states vary widely in when and how they assess property tax.

The IRS guidance doesn’t address the relatively common situation in which property tax is paid entirely or partially in arrears. In Illinois, for example, tax bills mailed in the spring (sometimes earlier) relate to assessments as of January 1 of the prior year. Thus, an Illinois homeowner who prepays property tax in 2017 should be allowed to deduct the payment in 2017 because the bill the homeowner will receive in 2018 will relate to a 2017 assessment.

Even if the IRS guidance is incorrect, however, there are several issues individuals should consider before prepaying property tax. First, the deduction is only available to individuals who itemize their deductions; individuals who claim the standard deduction will receive no tax benefit from prepaying their property tax. Secondly, the deduction will not provide a tax benefit to individuals who are subject to the Alternative Minimum Tax. In addition, homeowners should confirm that their locality will accept a property tax prepayment. Many jurisdictions have expanded their prepayment programs to accommodate individuals who want to prepay their property tax in 2017; however, not all localities accept property tax prepayments. Finally, taxpayers whose mortgage lenders require taxes to be paid into an escrow (but who prepay 2018 property taxes directly to the local taxing authority) may inadvertently trigger an audit of their 2017 federal return since the amount of taxes reported to the IRS by their escrow agent will not include the direct 2018 prepayment.