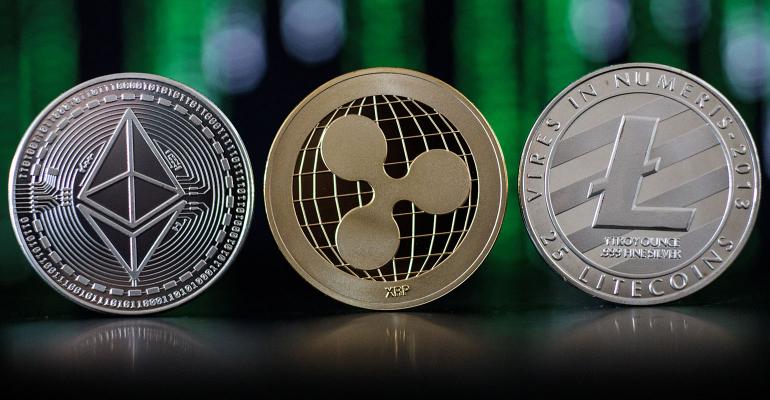 Last week, the Internal Revenue Service issued Revenue Ruling 2019-24, which is the first IRS guidance on tax issues relating to cryptocurrency since Notice 2014-21 was released in March 2014.  Also issued with the new revenue ruling was a set of “Frequently Asked Questions” regarding the tax treatment of certain cryptocurrency transactions, available to the public on the IRS’ website.  This guidance, in addition to the draft Schedule 1 to Form 1040 for 2019 released on Oct. 15, which contains a question explicitly asking the taxpayer whether he had basically any dealing in “virtual currency” during the year, suggests a serious focus on the part of the IRS in not only educating taxpayers about cryptocurrency transactions, but also in collecting the associated tax revenue.

Cryptocurrencies, such as Bitcoin, Litecoin and Ethereum, use cryptography to secure transactions between parties.  Unlike U.S. dollars, transfers of which are recorded on a clearing house’s centralized ledger, transactions in cryptocurrencies are recorded on a “distributed,” or decentralized, ledger called a “blockchain” that’s maintained simultaneously by multiple parties.  Also unlike U.S. dollars, or any other “fiat” currency typically associated with the word “currency,” the IRS treats cryptocurrencies as “virtual” currencies that constitute property, not cash, for tax purposes.  Accordingly, a disposition of virtual currency by a taxpayer, including the use of virtual currency to “pay” for goods or services, constitutes a disposition of property that may subject the taxpayer to gain or loss.

Rev. Rul. 2019-24 sets out the IRS’ views of the income tax consequences of hard forks to the holder of a cryptocurrency, providing examples of hard forks both with and without an airdrop of the new cryptocurrency to the holder.  Under the simpler scenario, in which a hard fork occurs but the holder receives no new cryptocurrency in an airdrop, the IRS determines that the holder has no “accession to wealth”(Citing the principle announced in Commissioner v. Glenshaw Glass Co., 348 U.S. 426, 431 (1955) that “all gains or undeniable accessions to wealth, clearly realized, over which a taxpayer has complete dominion, are included in gross income.”); therefore, it doesn’t have gross income as defined in of the Internal Revenue Code Section 61.  The mere occurrence of a hard fork in the blockchain underlying a particular cryptocurrency, without more, thus doesn’t result in any income tax consequences to the cryptocurrency’s holder.

Under the more complex scenario, Rev. Rul. 2019-24 assumes that a hard fork occurs, the holder receives a new cryptocurrency through an airdrop and, on the same date, the holder is immediately able to dispose of the new cryptocurrency.  Because the holder has received a new asset following the hard fork and airdrop (an “accession to wealth”) and is immediately able to dispose of this asset (having “complete dominion” over it), the IRS asserts that the holder has gross income under IRC Section 61 in the amount of the new cryptocurrency’s fair market value (FMV) on the date of the airdrop.  Notwithstanding the fact that the cryptocurrency prior to the hard fork may have been a capital asset with respect to the holder, this gross income is ordinary in character because it doesn’t result from the sale or exchange of a capital asset or otherwise meet an exception under the IRC. The airdrop is thus analogous to a dividend on shares in a C corporation.  Even if a shareholder’s gain on a sale of shares in the C corporation would be treated as capital gains, a dividend received with respect to those shares would generally be treated as ordinary income.  Finally, the holder determines his basis in the new cryptocurrency by reference to the amount included in his gross income—that is, its FMV at the time of the airdrop. (We note that the Internal Revenue Service’s treatment may not recognize that the facts involved in hard forks and airdrops may not be the same in all instances and that the specific facts surrounding a given hard fork may afford taxpayers with arguments against realization.)

In a letter to IRS Commissioner Charles P. Rettig earlier this year, 19 members of Congress emphasized the “urgent need” for IRS guidance on various cryptocurrency tax issues.  Although the collection of new IRS guidance doesn’t explicitly address or provide safe harbors for taxpayers on every unsettled issue, it may indicate a renewed focus by the IRS in providing clarity on the tax consequences of cryptocurrency transactions, and of course, collecting the taxes that may be due as a result.

Stephen Ham is an Associate, and Ivan Taback is a Partner, in the Private Clients/Trusts and Estates practice group at Skadden, Arps, Slate, Meagher & Flom LLP in New York City