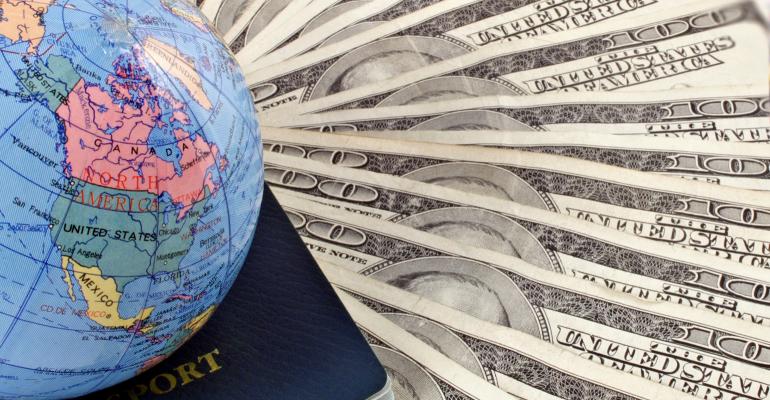 The estate tax has been a hot button issue this election season, but many advisors aren’t aware that an inheritance tax may also be on the way.

While the U.S. estate and gift tax systems impose obligations on a donor (giver), proposals under Internal Revenue Code Section 2801 may require certain donees (recipients) to pay a 40 percent inheritance tax. Specifically, whenever a U.S. domiciliary receives a gift, bequest or distribution from a foreign trust, unless an exception applies, it’s presumed that he is subject to tax under IRC the proposed rule, unless he proves otherwise. Let’s review how clients may overcome that presumption.

Under Section 2801(a), a U.S. domiciliary (or a U.S. resident trust) who receives a gift or bequest from a covered expatriate (CE) is subject to a tax equal to the fair market value of the covered gift or bequest, multiplied by the highest estate tax rate in effect on the date of receipt. Currently that rate is 40 percent. There are two notable exceptions to this tax: First, when a gift or bequest was included in a timely filed U.S. estate or gift tax return and any tax due was paid. Second, when the transfer is to a spouse, to which a marital deduction would apply. Absent those two exceptions, tax under Section 2801 may apply.

Usually, when we speak about an expatriate, we simply mean a U.S. citizen who resides in a foreign country. For Section 2801 purposes, however, an expatriate is any U.S. citizen who relinquishes his citizenship and any long-term U.S. resident who ceases to be a lawful permanent resident (aka a green card holder) of the United States. Simply being an expatriate doesn’t bring with it any tax consequences under this rule.

A CE is an expatriate: (1) whose average annual net income tax for the five taxable years ending before the expatriation date is greater than $161,000 (inflation adjusted); (2) with a net worth as of the expatriation date of $2 million or more (no inflation adjustment); or (3) who fails to timely file Internal Revenue Service Form 8854, “Initial and Annual Expatriation Statement,” certifying that he’s met his requirements under the IRC (including income tax, employment tax, gift tax and information returns) for the five taxable years preceding expatriation and submitting evidence of compliance as required by the Secretary of the Treasury.

There are several important exceptions to the definition of a CE. An individual isn’t a CE if: (1) he became a U.S. citizen and a citizen of another country at birth; (2) he continues to be a citizen of, and resident in, that second country as of the expatriation date; and (3) he’s been an income tax resident in the United States for no more than 10 years of the 15-year period ending with the taxable year of the expatriation. An individual also isn’t a CE if the individual relinquishes U.S. citizenship before reaching age 18½ and has been an income tax resident in the United States (based on the substantial presence test rules) for 10 taxable years or fewer prior to relinquishing citizenship. It’s important to note that even if an individual qualifies for the dual citizen at birth or expatriation before age 18½ exceptions, he must still file Form 8854 to avoid being classified as a CE.

For purposes of Section 2801, an individual isn’t treated as a CE if he’s subject to tax as a citizen or resident of the United States.

The Burden of Proof

To prove that a transfer wasn’t a covered gift or bequest, you must reasonably determine that the transferor wasn’t a CE.

This requires gathering as much information as possible to prove either: (1) the transferor was U.S. domiciled at the time of the transfer; (2) the transferor became an expatriate prior to June 17, 2008; or
(3) the transferor filed Form 8854 as part of his expatriation process, and he passed the net worth, income tax liability and tax compliance tests.

Assuming the donor won’t cooperate, it appears impossible in many cases for a donee to know with certainty whether he’s received a covered gift or bequest. There’s no public list of CEs, and only the taxpayer and the IRS know whether Form 8854 was timely filed and what information it contained. If the donor won’t provide this information and the IRS is prohibited from disclosing it, what steps can a tax preparer take to seek out independent sources of information and make a reasonable determination as to whether tax is due under Section 2801?

The donee. The first source of information for a tax preparer should be the donee. In most instances, there’s some personal relationship between the transferor and the donee, which is why the donative transfer is being made. The donee may have a lot of biographical information that will indicate whether the donor was ever a U.S. citizen or green card holder, domiciled in the United States at the time the transfer occurred and if his net worth may have exceeded the $2 million threshold before or after expatriation. The donee can also inquire as to whether a gift or estate tax return was timely filed, which may qualify for one of the exceptions to the Section 2801 tax.

The Treasury Department. A list of expatriates is published each quarter in the Federal Register. That list is comprehensive with regard to U.S. citizens, but not green card holders. While this publication doesn’t indicate whether someone is a CE, if that individual was a citizen and wasn’t on this list, it may be reasonable to conclude he wasn’t a CE. If the donor expatriated prior to June 17, 2008, finding his name on this list should conclusively prove he wasn’t a CE.

Other public records. Each of us leaves a treasure trove of information through public records and on the web. While none of those records will state whether an individual is a CE, collectively this information can be used to build a profile to make a reasonable determination as to that status. For example, census records can indicate whether an individual or his parents were ever U.S. citizens. Public records can show where an individual lived and if he owned a home, had a recorded mortgage, held public office, was married or divorced, had any professional or business licenses, had a driver’s license, was registered to vote or was a party to civil or criminal court cases.

To know whether a distribution from a foreign trust is a covered gift or bequest, you must first know whether the trust has received a donation since June 16, 2008. If it has, you must identify each donor and determine whether that individual was a CE on the date of his donation. Without the assistance of the trustee, it’s almost impossible to imagine how such a determination would be made.

Legislative action appears required to make this tax workable over the long run. Specifically, Congress should require the Treasury to maintain a comprehensive list of CEs. The Treasury is already able to compile a comprehensive list of U.S. citizens who expatriate and, with the assistance of the State Department, it would be able to create a comprehensive list of green card holders as well. Such a list wouldn’t necessitate disclosing any information about the relevant donor, other than that a donor is determined to be a CE. A donee, however, could submit a name and/or a tax ID to that database and be told definitely if that donor is or isn’t a CE, and on what date he became a CE. Only with that information can U.S. taxpayers be expected to satisfy this new reporting obligation.

This is an adapted and abbreviated version of the authors' original article in the November issue of Trusts & Estates.