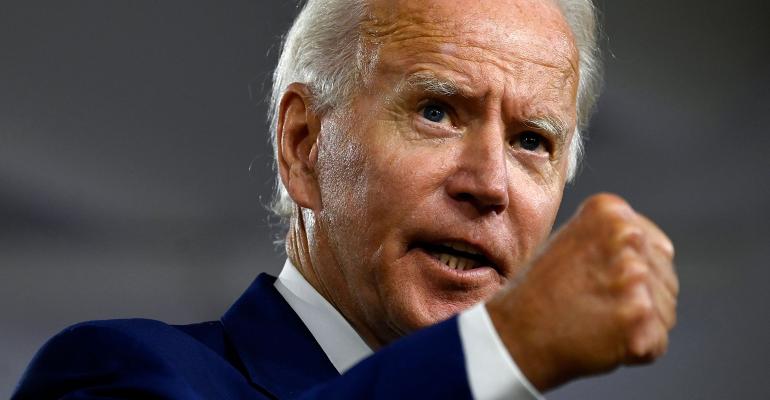 Winning: The vast majority of the top 1%, who might even get a tax cut.

Losing: The rich-but-not-fabulously rich, still working to build their fortunes.

Breathing a sigh of relief: America’s billionaires, who, despite threats to the contrary, likely get to keep the tools and tricks many use to avoid taxes altogether.

Biden’s plan was to raise tax rates on pretty much the entire 1%, the 1.6 million taxpayers earning at least $500,000 annually. After pushback from moderate Democrats, he’s settled for a far thinner slice of the upper crust, targeting the roughly 22,000 Americans earning $10 million or more with a new surtax.

Many Democrats including Biden also wanted to narrow America’s widening wealth gap by plugging loopholes and finding new ways to tax large fortunes. Those proposals ended up on the chopping block, though progressive Democrats are pushing to slip some back into the $1.75 trillion reconciliation bill before it becomes law.

Taxing the super-rich is difficult for the simple reason that huge fortunes don’t necessarily mean huge incomes. Investment gains are only taxed when they’re sold, and the very wealthy only rarely need to sell.

So, while the millionaire surtax would hike rates on high-earners -- bringing the top marginal rate including Medicare taxes to almost 49% -- it’s unlikely to have a significant impact on inequality at the very top, where U.S. billionaires tracked by the Bloomberg Billionaires Index now hold more than $5 trillion.

“This proposal is not going to impact those taxpayers the way that proponents wanted,” Kyle Pomerleau, a senior fellow at the right-leaning American Enterprise Institute, said of ultra-high-net-worth households. “Taxpayers will still be able to defer gains and not face tax on them.”

The 10 richest Americans, collectively worth more than $1.4 trillion, sold just $11.7 billion in publicly traded stock last year, according to data compiled by Bloomberg. The bulk of that came from $10 billion in Amazon.com Inc. shares sold by its founder, Jeff Bezos, whose philanthropy that year likely reduced his tax bill with charitable deductions.

Even if billionaires need money, they can get cash tax-free by borrowing against their assets. Elon Musk, the world’s richest person, with $302 billion, hasn’t sold any Tesla Inc. stock in years, but a December 2020 regulatory filing shows he’s borrowed $515 million from various investment banks.

Senate Finance Committee Chairman Ron Wyden’s billionaires’ tax, unveiled on Wednesday but left out of the bill on Thursday, would have forced the super-wealthy to report more income to the Internal Revenue Service by recognizing gains on publicly traded assets. Wyden said he’s not satisfied with Biden’s framework, saying it focuses too much on income and not enough on accumulated wealth.

“The billionaires who made so much money during the pandemic seem to be able to not pay income taxes for years and years,” Wyden told reporters Thursday. “I’ll be working with the administration so you don’t end up with a situation where, for example, on a pro basketball team the pro athletes have their taxes go up and the billionaire owners are still in a position where they can avoid taxes.”

Musk, whose net worth has soared by $132 billion this year, criticized the idea of a billionaires’ tax. “Eventually, they run out of other people’s money and they come for you,” he tweeted on Monday, later arguing government “spending is the real problem.”

Republicans, for their part, cheered the demise of Wyden’s billionaires’ tax.

“It’s a win for the American people,” Senator Chuck Grassley of Iowa said Thursday. “If they had not backed away, in two years we would have been repealing it because it would not have been administrable.”

Hardest hit by the framework are Americans who make lots of money in ways that give them few legal options for sheltering their income. Those with huge salaries -- athletes and entertainers at the peak of their careers, for example -- would pay marginal rates of 50% on their salaries, plus state taxes that could bring their top rate above 60%.

Owners of businesses raking in tens or hundreds of millions of dollars could also be slammed. Some would see their top rates jump almost 12 percentage points, because the framework also broadens the number of high-income people who owe a 3.8% Medicare tax, which is already paid by investors and workers but can be avoided by some business owners.

Investors with windfalls of more than $25 million would also owe the 8-point surtax, though their top rate would hit only 31.8% because capital gains and dividends are taxed at lower rates than ordinary income. In this group, wealth advisers say the most noticeable effect would be on families selling private businesses, where one transaction causes income to spike over the surtax threshold after years of more moderate tax bills.

“The people who are going to get hurt the most are the ones who are going to have a one-time wealth-generating event,” said Jeremiah Barlow, head of family wealth services at Mercer Advisors. By contrast, for those making $50 million year after year, he said, “8% is not going to be materially changing their lifestyle.”

Arguing that the gap between rates for investors and workers isn’t fair, Biden pushed for almost doubling the top capital-gains rates. He also proposed taxing capital gains at death -- to make sure that rich families can’t forever avoid paying taxes on the wealth they’ve accumulated.

Both ideas were dropped when House Democrats proposed their plan last month, but their bill did other things to close loopholes and make sure the wealthy eventually pay taxes on their fortunes. The plan would have tightened rules on the estate and gift tax, and made the 40% levy on transfers of large fortunes much harder to avoid. Using loopholes that have been left open for decades, the super-rich can pass billions of dollars to heirs tax-free.

Democrats also were unsuccessful in efforts to put restrictions on individual retirement accounts, or IRAs, worth more than $10 million. The measure was aimed at wealthy people who, despite rules designed to limit IRA contributions, have managed to get large fortunes into the tax-advantaged vehicles. The most extreme example may be venture capitalist Peter Thiel, who amassed $5 billion in a Roth IRA, according to a ProPublica report citing confidential tax records.

Senator Chris Van Hollen, a Maryland Democrat who wrote an early version of the millionaires’ surtax proposal, said in an interview he’s been talking with Wyden about adding language to the final bill that would do more to tax inter-generational wealth with a scaled-down version of Biden’s proposal. It would require heirs to pay taxes on the entirety of the built-up gain on inherited assets if they sell.

“Rather than selling a company in a lump sum of $100 million, you’ll structure the deal to get $9 million over 11 years,” Doyle said.

Another way is to “spread the wealth across your family,” said Beth Shapiro Kaufman, an attorney at Caplin & Drysdale, so that income ends up with children or grandchildren who aren’t near the $10 million or $25 million threshold. “Finding ways to shift income to people who are not subject to the surtaxes would be one of the primary goals.”

Because the surtax isn’t slated to go into effect until 2022, rich investors and business owners can make sure they’re selling assets or booking income this year before their rates jump.

“There are definitely things they can do between now and the end of the year,” said Timothy Speiss, a tax partner in EisnerAmper’s personal-wealth advisers group. “You want to be accelerating income now.”

The tax burden on wide swaths of the top 1% would actually drop if, as many Democrats are demanding, the bill includes a repeal of the $10,000 cap on the state and local tax deduction, according to Marc Goldwein, a senior vice president at the Committee for a Responsible Federal Budget.

Democrats are considering making the so-called SALT deduction unlimited, at least for 2022 and 2023, which would mean about a $70 billion-a-year tax cut for the highest-income households, he said. That compares to roughly $40 billion a year in tax increases in the current bill.

Democrats are likely in for a “rude awakening” when they get the data from Congressional estimators about how their tax policies are distributed across income groups, Goldwein said.

Though many of the most potent provisions aimed at super-rich Americans appear to be off the table, “I don’t think we can count on this being the deal,” Kaufman said. “I would not be surprised to see something else on the table next week.”

The framework still contains a few provisions that could squeeze some member of the top 0.1%. To make sure taxpayers don’t avoid the surtax by shifting assets into trusts, the bill sets a far lower threshold for such vehicles: $200,000 for the 5% rate and $500,000 for the additional three points. That puts a much higher tax burden on some of the entities that rich Americans use to transfer wealth to heirs, including increasingly popular dynasty trusts set up for multiple generations.

The framework also gives the IRS $80 billion more funding, an effort to make sure high-income taxpayers aren’t cheating on their returns. And while the top corporate tax rate isn’t rising, the bill would tighten rules so that U.S. corporations, especially tech companies, pay higher tax bills.

“It’s not everything we want, but I’m not disappointed,” said Senate Banking Committee Chair Sherrod Brown, an Ohio Democrat. “We’re making the tax system much fairer than it was.”

Progressive activists vow to continue pushing for new ways to tax billionaires, including trying to make taxes an issue in next year’s Congressional elections.

“This is going to be a key test for candidates,” said Frank Clemente, executive director of Americans for Tax Fairness. “We’re going to run on this, that billionaires need to be paying their fair share and they need to be paying taxes on the increase in their assets.”