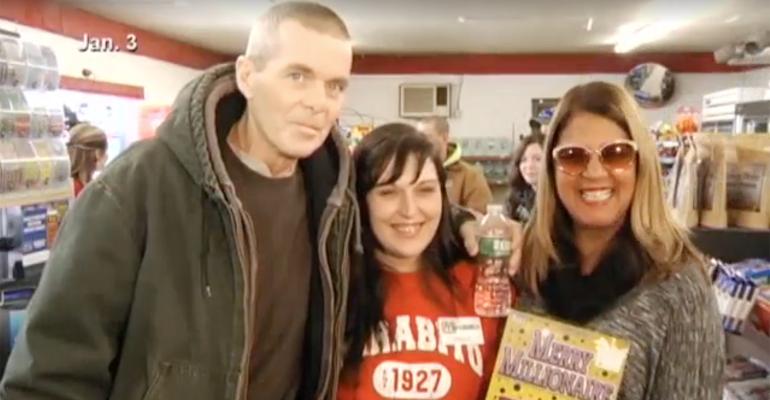 How Not to Invest a Lottery Jackpot

Those who teach themselves to be rich responsibly are the exception.

If you’re unaccustomed to having a lot of money and just happen to win $375 million in tonight’s MegaMillions jackpot, consider thinking before you act on your absurdly lucky change of fortune.

An instant infusion of unexpected wealth through the lottery, inheritance or riding the wave of a Silicon Valley startup may not always result in the happily-ever-after most people expect, but it’s usually the start of a long journey of self-control and self-discovery.

Duncan Riach made his first million at 26.

He was married and had a big house in Mountain View, California, a custom Porsche, an engineering job at Nvidia Corp. and “more money than I knew what to do with.” He’d look at the value of his portfolio every day, getting a rush whenever it changed by more than $100,000.

Never Enough
Riach, now 43 and remarried, returned to Nvidia last year after earning a doctorate in clinical psychology, taking a job in artificial intelligence. On his first day back, he stood in the cafe he used to eat in 15 years earlier and thought about all he’d lost, and learned, along the way. He cried.

“If your goal is to be rich, you’ll never be rich enough,” Riach said. “Wealth creates an identity that you have to keep paying to maintain.”

Being financially savvy with wealth has never been more important, said Federal Reserve economist William Emmons. Millennials are living in a world of higher asset prices and saddling themselves with ever-increasing debt loads, according to a study Emmons co-authored for the St. Louis Fed’s Center for Household Financial Stability.

“The current generation has the wind in their faces,” Emmons said.

Just as there are stages of grief, so too are there stages of sudden wealth. There’s the initial euphoria, self-indulgent spending, a growing sense of responsibility, then anxiety and sometimes a yearning for simpler times.

Michael Cole, a wealth-management executive at Cresset Capital Management, has seen how the euphoria of sudden wealth can quickly devolve into mistrust as unsolicited investing advice and requests for handouts roll in.

“They no longer know if family and friends care about them because of who they are or because of their money,” he said.

Cole, the former president of U.S. Bancorp’s ultra-high-net worth arm, said quitting work and splurging are common missteps for the newly rich. “Buying planes, boats and houses gets old really fast,” he said. “At a certain point the thrill of it goes away.”

Blowing It
Lottery winners are the most dramatic example of those thrust into sudden wealth without the financial acumen to make sound investment decisions, said Cole, who has worked with jackpot winners.

The lottery offers a fairy tale chance for everyday Americans to become instant multimillionaires. Sales have been on a steady upward march as have payouts. In 2016,total sales in the U.S. were $80.5 billion, up from $57.4 billion a decade earlier, according to the North American Association of State and Provincial Lotteries.

Lottery winners in particular "need to figure out how to align their money with a sense of purpose and passion,” or risk blowing it all, Cole said.

That could have easily happened to bartender and probation officer Jason Fry, and teenage construction worker Jay Vargas.

Fry was preparing to file for bankruptcy in 2008, when he and a co-worker won a $47 million jackpot. Fry’s first purchase was a block of tickets on the 50-yard line at the University of Florida’s last football game of the season, along with a limousine bus to ferry 25 friends to the stadium. Then he bought a Cadillac Escalade, a Shelby Mustang, a boat, a driving range and a house.

Fry, who now owns four Batteries Plus Bulbs franchises in Florida, said lottery officials didn’t connect him with a wealth manager, and at first he “didn’t know what to do.”

No one teaches you how to be mega-wealthy, yet everyone expects you to succeed and mocks you if you fail, said Vargas, then the youngest American Powerball winner at age 19.

The money turned his life toxic.

He heard outrageous rumors that he had been chopped into pieces by his stepfather, wasted his money flying to the moon and was caught smoking crack in a nightclub with a famous rapper. He suffered from depression and anxiety.

“It’s very hard to get dropped on a ski slope when you don’t know how to ski,” he said. “It’s equally hard to be given a lot of money and know how to manage it.”

Those who teach themselves to be rich responsibly are the exception, Egan said.

The 45-year-old former fitness instructor, who hit a $226 million Powerball Jackpot in 2005, set up an investment plan that he said will make him a billionaire before his 80th birthday.

At first, Duke paid off his debts, bought a used Volkswagen and stayed in the same house for years. He even tried to continue working at the gym, but said his early morning spin classes morphed into quasi-pitch meetings for eager entrepreneurs.

Duke said his upbringing in a small mountain town in Idaho helped him stay level-headed. He launched the Duke Family Foundation, a charity that works with troubled youngsters, and said he hopes the wealth he’s building benefits future generations.

“This is my legacy and how I will be defined long after I’m buried,” Duke said.

Wealth managers should shape the dialogue with new clients at the start, said Michael Liersch, head of financial planning for wealth management at JPMorgan Chase & Co.

The conversation shouldn’t focus on “fear, concern or burden,” but rather the opportunities that come with wealth, he said. “It’s important to take pause and reflect on that.”