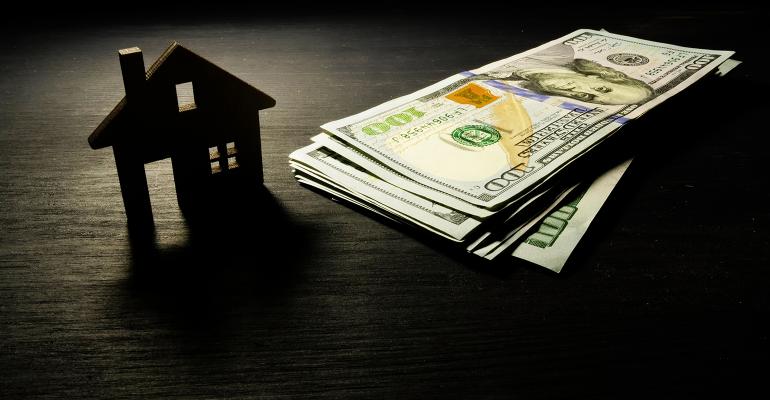 (Bloomberg) -- The U.S. housing boom is creating a new class of real estate tycoons with an easy source of financing: their own homes.

Soaring prices have showered property owners with record equity windfalls, sending cash-out refinancings to levels not seen since the peak of mid-2000s housing frenzy. For some people, that means cash for a remodel or vacation. But others are putting that money to work by buying second, third or even 10th houses.

“With the pandemic, everything is skyrocketing,” said Keshav Agrawal, a 33-year-old Californian who extracted $300,000 from his family’s Orange County home in late 2019 and put the money toward five rental properties in lower-priced Atlanta.

Those houses have doubled in value. And Agrawal, who started his cash-out foray with $150,000 in credit card debt and little savings, is peeling off their equity to buy more.

“I’m growing exponentially off of one refinance,” he said.

Across the U.S., newbie investors are seeking to harness the power of home-price inflation to grow fast and get rich by becoming landlords. They’re contributing to soaring values, especially for starter homes that are in short supply. But even that can work in these buyers’ favor — as long as they’re willing to pay up — because Americans getting priced out of homeownership are in turn fueling demand for rentals.

Cash-out refinancings allow investors to tap into their home equity to fund more purchases. For U.S. landlords and second-home owners, these loans more than doubled in the fourth quarter from a year earlier to $8 billion, the highest level since 2006, according to data provider Black Knight. Wall Street has also jumped in to finance investor deals with flexible underwriting and higher rates than conventional mortgages.

While the number of investors is hard to pinpoint, the make-it-big strategy is everywhere, touted at meetup groups, by get-rich gurus and on media such as the BiggerPockets podcast, which gave it a name: Buy, rehab, rent, refinance, repeat, or BRRRR for short. Surging prices provide even greater support to grow faster, stacking one mortgage on top of the last. That creates risks should the red-hot housing market sputter.

“While leverage can turbocharge your returns when prices are on the way up, it accelerates losses when prices go down,” said Greg McBride, chief financial analyst at Bankrate.com. “If there is a downturn in the economy and all of a sudden the tenants are not paying their rent, that creates a cash-flow issue.”

Investors have had a growing influence on the U.S. housing market, as tech-fueled home flippers like Opendoor Technologies Inc. and publicly traded rental firms such as Invitation Homes Inc. compete for properties. But even in areas where prices have increased the most, such as Phoenix, Atlanta and Tampa, Florida, mom-and-pop landlords far outnumber the institutional ones.

In Phoenix, 32% of single-family purchases in January were by investors with fewer than 10 properties, up from 28% a year earlier, according to data from John Burns Real Estate Consulting. By comparison, large investor purchases accounted for 12% of transactions.

“Young investors are doubling down, refinancing their first investment to get a down payment for their second,” said John Burns, founder of the Irvine, California-based firm. “It’s like they don’t know there was a downturn in the late 2000s.”

See also: U.S. Housing Is So Hot Even a Fed Governor Can’t Buy a Home

To be sure, the boom in real estate investment may not end with a crash — at least not on the scale of the one that led to the financial crisis. For one thing, the almost $10 trillion in tappable U.S. home equity provides a cushion for homeowners and their lenders. Underwriting standards for investment purchases are also far stricter than in the 2000s, typically requiring down payments of 20% or more.

And even as rising interest rates and the war in Ukraine bring uncertainty to the global economy, there’s little to indicate the American housing market will slow down soon. The same dynamics sending property prices higher for years have only strengthened as the millennial generation reaches peak homebuying age and inventories just get tighter.

“I’m always thinking about what happens if there is a downturn,” said Grace Gudenkauf, who quit her job as a mechanical engineer in Cedar Rapids, Iowa, to focus on real estate investing. “But the housing shortage is so extreme that I don’t think it will be soon.”

Gudenkauf essentially extracts cash from one home to use for another, also tapping private loans designed for investors. Small landlords can finance as many as 10 properties using conventional financing, but they face tough underwriting standards that factor in a borrower’s ability to repay. For those willing to pay a higher rate, companies such as Finance of America Cos., which counts Blackstone Inc. as its largest shareholder, and Deephaven Mortgage, owned by investment firm Pretium, have loans with more flexible terms.

These loans are often packaged and sold into the secondary market. Alternative financing for rental and vacation homes ballooned last year to almost $12 billion, roughly quadrupling since 2018, according to data on residential mortgage-backed securities from Kroll Bond Rating Agency.

David Greene, a police officer turned investor who co-hosts the BiggerPockets real estate podcast and author of the book “Buy, Rehab, Rent, Refinance, Repeat: The BRRRR Rental Property Investment Strategy Made Simple,” said the method works, but only if investors educate themselves.

After a stint of unemployment during the pandemic, Jordan Pavao, a Massachusetts construction laborer, began to follow the BRRRR strategy, which he learned from real estate personalities on Instagram. He was four payments behind on his pickup truck and the bank kept calling, he said.

He had dabbled in real estate before, buying a three-family home eight years ago and then moving into his own house in 2019. But in 2021, he decided to sell that home and buy a second multifamily property. A couple rehabs and refinances later and he now has three three-family homes and is getting ready to buy a fourth.

Pavao, 31, said he already makes as much on the homes as he does in his construction job. Last month, he got his license to sell real estate so he could help Boston investors buy in his town of Fall River, a blue-collar area near the Rhode Island border that is slated next year to get its first commuter rail stop.

Now the “Working Class” tattoo on his right arm — illustrated with a zombie with a flat cap and a cigarette dangling from its mouth — may no longer apply.

“My idea of it is it’s blue-collared until death and even then you’re still working,” Pavao said of the tattoo. “Real estate will hopefully prevent this from being my fate.”

In California, Agrawal is thinking big. He pulled out $200,000 from two of his West Atlanta townhouses and bought another one and a nearby office building.

“I want to be a 100-millionaire and I am thinking about how I can get there in a short amount of time,” Agrawal said. “At the end of the day, the only thing that made me real money is real estate. This is the one true fact.”

To contact the author of this story:
Prashant Gopal in Boston at [email protected]