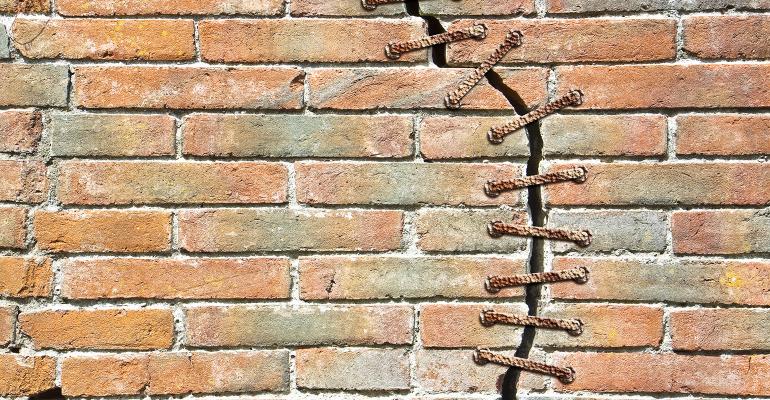 Opening the door to honest communication is key.

Turning 30, Paul felt it was time to leave his family’s third-generation real estate business, even though it was experiencing a meteoric rise. His father and uncle had formed the business that was spawning other investment businesses, all of which were paying huge dividends.

What follows is an all-too-familiar story of what happens when one family member’s sudden departure turns what were minor cracks in a seemingly very solid family into a wide, gaping chasm. And it doesn’t have to be that way.

If you advise family businesses, here are ways to spot and mend these cracks before they bring down the entire business.

A Culture of Competition

This family’s ultra-competitive and shrewd business practices that won them deals is part of their DNA, stemming from the first generation. The mood among the rising generation was “win at all costs.” Success was measured by the size of the deal, which resulted in Paul having a competitive relationship, and increasing resentment, with his cousins and siblings. He was unwilling to tolerate the situation any longer.

By outward appearances, this was a tight-knit family, well regarded in the community for their philanthropy and respected for how well they worked together as a family. They were hard working, modest and committed to the success of the company. The founding brothers had a solid estate and business succession plan in place to transition the business to the fourth generation. Having never experienced discord within the family in previous transitions, the brothers were confident their values were deeply entwined in the fabric of the family. They trusted that the estate and succession plans would manage the relationships.

Paul’s departure changed all that. Believing his perspective on how to manage the business was better left unsaid for fear of appearing unsupportive, Paul decided it was best to leave and start his own business. This resulted in a fractured relationship with his parents and siblings, and it created tension that manifested as fewer visits with the grandchildren and more excuses for avoiding family gatherings. This was the very outcome the family had feared — a generational divide as a result of the family business.

Paul’s exit was not the only tear in the fabric of the family. One of Paul’s cousins, who was given the CEO position based on the family’s traditional succession plan that the oldest son gets the job, was underperforming. Another cousin, who had endured the CEO cousin’s incompetence for decades, finally had enough. His well-researched ideas to keep the company relevant and flourishing were repeatedly ignored. Finally, in exasperation, he thought it better to leave town than to cause conflict by telling the truth.

As in most family relationships, the issues in Paul’s family are complex.

The cost of building an international multibillion-dollar family business is more than financial. The personality traits that create these mega-successful companies aren’t the same ones that enable powerful leaders to share well, especially when it comes to feelings. Often, highly successful people are better at controlling than delegating, they tend to be better at driving a business than building a collaborative environment and they tend to numb themselves to emotion rather than learning to express them.

It’s often those very traits that lead to the downfall of the empire and the family.

In successful families, the power gradient is clear. Simply put, the one with the most money has the most power. The conversations in these families tends to be top down and limited in scope. They tend to give a lot of orders without much discussion. When this dynamic is in place, the “yes” answers that family members give to ideas and strategies eventually turn into cordial hypocrisy. Over time, politeness becomes resentment and ultimately resignation. Once families are no longer talking, when wealth comes up for grabs, the estate attorneys always win.

Without the proper skills, it’s likely the conversation won’t end well. An effective CEO wouldn’t tolerate dishonesty in her team. High-performing athletic teams will call out poor performance without hesitation. Why would our clients treat their own families any differently?

The fear of being kicked out of the tribe is hardwired in us. We learn at a young age whom we can trust with the truth and whom we can’t. Most families would rather sweep the difficult conversations under the rug than risk hurting someone’s feelings.

But what many people don’t realize is that a willingness to be honest is actually an expression of care. Having an honest conversation requires that people first care about each other, more than being right. It also requires a willingness to learn about the other person’s perspective. The good news is that the skills it takes to be honest and to build trust can be learned.

Five Steps to an Honest Conversation

Your client can move from a dictatorship to a democracy by following these five steps.

Step 1: Set a context for the conversation. State why the conversation is important to him. For example, he can say, “I can see you’re unhappy. I care about having you in my life, and I would like to have a conversation about what is bothering you.”

Step 2: State the intended outcome he’d like to see happen. He can say, “At the end of our conversation, I’d like to see a way that we can stay connected to each other on a regular basis.”

Step 3: Ask for permission. That sounds like, “Are you open to a conversation about this with me? Is this a good time?”

Step 5: Listen for a request disguised as a complaint. Often, when there’s a complaint, the person actually has a request. It might be disguised as, “You always pick up your phone when I start talking about my day.” Instead, ask if the person has a request by saying something like, “What can I do so you feel heard?” The person might actually be asking for an apology for how he was impacted by a recent decision.

It might be helpful for your client to state that what he has to say has been brewing for quite some time. He might have to preface the conversation with a statement about how hard it is for him to say, and he knows it’s worse if he keeps it inside. He should be careful not to blame others. This can be tricky because it’s natural for us to think our plight is due to the actions of others.

The hard truth is that we choose our own reactions. The same situation can happen to two different people, and they’ll react entirely differently. One person might get angry, while another reacts with compassion or curiosity. When your client is speaking honestly, he should speak from his own experience. How is it affecting him? What’s the story he’s telling himself about the situation?