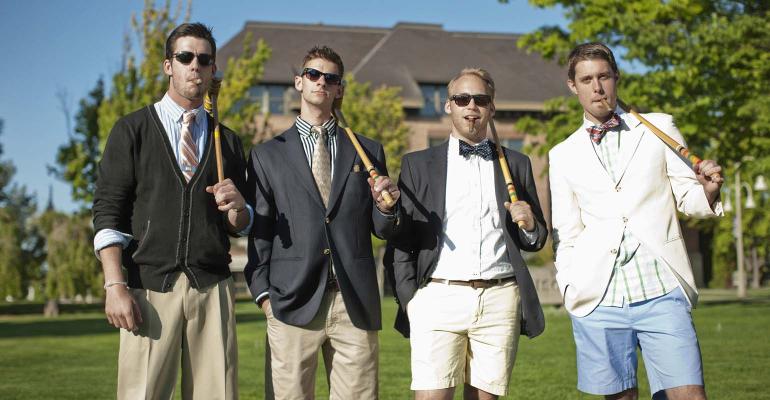 Heirs to $19B Face Succession Doubts From Family Offices

The next generation of wealthy families is confronting a variety of challenges ahead of inheriting large fortunes, according to a report.

(Bloomberg) -- The next generation of the ultra-rich say they’re ready for succession.

The executives responsible for managing families’ fortunes aren’t so sure.

About 85% of young heirs in the US report feeling either very prepared or somewhat prepared for succession, according to a study released Tuesday by Campden Wealth and BNY Mellon Wealth Management, which surveyed 102 respondents set to inherit an estimated $19 billion from their families. It’s a top slice of generational wealth transfers in the US, which Cerulli estimates will total almost $73 trillion through 2045.

However, there’s a disconnect between that confidence and the view of leaders at family offices, which oversee the investments, taxes, and legal affairs of wealthy clans. Only 39% of North American family office executives believe the next generation is adequately prepared for succession, Campden Wealth found in a survey earlier this year with the Royal Bank of Canada.

Succession planning has been a hot topic for years in the world of family offices, which have become a more prominent fixture in financial markets as the ultra-rich look for ways to have more direct control over their own wealth. In particular, studies have been mixed about whether younger heirs will dramatically shift investing strategy or keep allocations mostly the same.

“The next generation of wealth holders understand and embrace the gravity of this significant responsibility for a long-lasting family legacy,” Rebecca Gooch, senior director of research at Campden Wealth, said in the statement. “They want to live up to their families’ expectations and make a positive impact on the world, but face challenges with a successful transition based on complicated family dynamics, understanding their role post-succession and the absence of a formally written succession plan.”

About half of those surveyed said challenging family dynamics are the most problematic aspect of succession planning. A third of respondents have formally written succession plans in place, while others are still developing them, relying on informal agreements or have no roadmap at all, the report said.

Most of the survey respondents were millennials and Generation Xers. After they inherit their wealth, just over half of them plan to work for their family office, while a third intend to join their family’s business, the survey found.

--With assistance from Benjamin Stupples.

To contact the author of this story:
Amanda Albright in New York at [email protected]