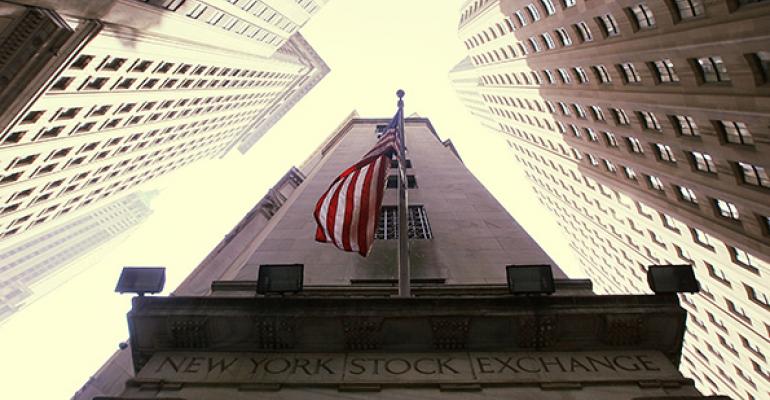 Turmoil in the fund industry is giving family offices a resurgence in power.

(Bloomberg) --It’s a buyer’s market in hedge funds and wealthy families are beginning to feel the love.

Turmoil in the fund industry is giving family offices a resurgence in power. As traditional institutional backers reconsider their hedge fund investments amid sluggish returns, those who manage money for the rich are gaining flexibility on fees, customized investments and more access to high-profile portfolio managers.

“Family offices are back to their historic levels of interest from the hedge fund manager public,” said Alessandra Tocco, global head of capital introduction for JPMorgan Chase & Co.’s prime brokerage division. “They were the first movers and shakers into this industry, and now they are once again the coveted segment that most hedge funds find elusive.”

Fund managers are scrambling as they seek to recover from 2016 when more hedge funds closed than in any year since the financial crisis. This year is also proving a challenge. The average hedge fund trailed the S&P 500 index in the first quarter and high-profile managers including Eric Mindich of Eton Park Capital Management have thrown in the towel.

Meanwhile, family offices are proliferating as the rich get richer. The number of ultra-high net worth individuals -- those with more than $50 million -- has more than tripled since 2000, according to Credit Suisse Group AG’s  2016 Global Wealth Report. The ranks of global billionaires soared to more than 2,000 last year from almost 1,000 five years earlier. “There are more family offices now than we’ve ever seen,” said Richard Shapiro, a partner and money manager at Wexford Capital, a hedge fund firm with more than $3 billion. Family offices are firms that handle the personal and financial affairs of a single family, from investments and taxes to vacation planning and home buying.

At the same time, many investors are bolting from hedge funds, having lost patience with meager results and the expensive “2-and-20” fee model that’s been an industry mainstay for decades. Those factors led investors including public pension funds from California to Kentucky to cut their allocations or abandon the sector altogether.

With clients harder to come by, it’s only natural that hedge funds would open their doors to the wealthy -- that’s where the money is. And where the industry got its start.

Families were once the driving force behind the fund business. From the days of Alfred Winslow Jones -- who started what some regard as the first hedge fund with money from friends and then expanded with cash from their families and close friends -- and through the high-flying era of the 1990s that made managers like George Soros famous, rich people, foundations and endowments were the industry’s primary investors.

JD Montgomery, an adviser to about 30 wealthy families at Canterbury Consulting, is among those who have seen some power shift back to family offices. Funds with a history of being highly selective about new investors -- or even closed to them -- are now offering up allocations, sometimes with lower minimums, Montgomery said in an interview.

Wealth managers are seeing funds tailor investment terms for them by, say, adding leverage to a portfolio or agreeing to set a hurdle rate, which is a minimum return before incentive fees kick in. Several family chief investment officers have seen hedge funds offer concessions, like lowering fees for all investors once the firm reaches a certain size.

“We did start telling our prospective fund managers about two years ago that if you were a traditional long-short strategy and you were looking for 2 and 20, we probably shouldn’t have the meeting,” said Michael Silverman, chief investment officer for multifamily office Crow Holdings Capital-Investment Partners, referring to the management and performance fees traditionally charged.

Family offices are gaining traction on that front. Only 7 percent say they pay an average management fee of 2 percent, while 30 percent fork over less than 1.5 percent, according to a JPMorgan survey last month. The report polled 84 offices with more than $66 billion in hedge fund assets.

Eighty percent of family offices in the JPMorgan survey said they’d made a new investment in hedge funds in 2016 and the same number said they will maintain or increase their allocations as a percentage of their portfolio. Fifty-six percent of managers reported that a greater portion of their cash came from private wealth investors at the end of 2016 than the year before, according data from Preqin.

“Most institutions have term limits on investment committee participation, while many families do not,” said Andre Mehta, a managing director at Cambridge Associates, an investment consulting firm that assists wealthy individuals, pensions and nonprofits in making hedge fund allocations. “As a result, families may have a longer time horizon than some institutions.”

Even though the size of a family investment may be smaller than an institution -- more than 60 percent of families say they allocate less than $10 million per fund, according to JPMorgan -- the sales process is less onerous.

“In the institutional world, the sales cycle from meeting with a potential investor to them writing a check could be -- who knows? In some cases, it’s a year,” Wexford’s Shapiro said. “We find that family offices often move the fastest. They’re very practical. They’re very pragmatic. They’re very flexible.”