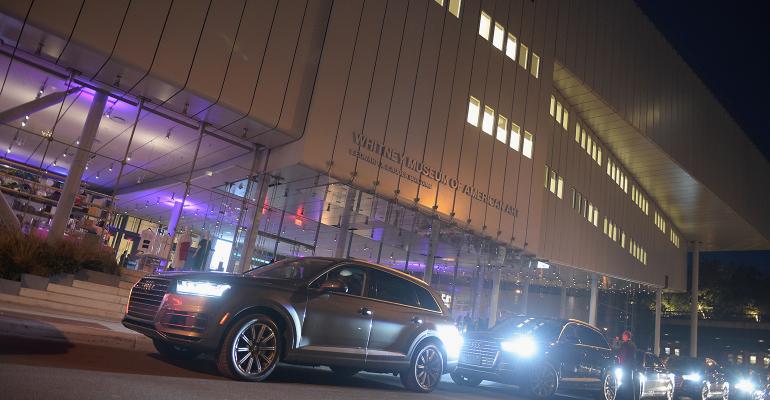 Hedge Fund Agonistes: Not Even Donald Trump Can Ease the Pain

2016 marked the beginning of the end of hedge funds as we've known them.

The occasion that early December evening was Mercer’s 2016 holiday costume party, an intimate gathering of 250 at his Long Island estate. This year’s theme: “Villains and Heroes.”

In Trump, Mercer and his fellow hedge funders had much to extol. Tapping into the wealth he amassed at his wildly profitable firm, Renaissance Technologies, Mercer and his daughter Rebekah (dressed that evening in Black Widow leather) had helped vault Trump to the American presidency. Trump, more than any other president-elect, has sought out hedge fund types, from Steven Mnuchin, his choice for Treasury, to David McCormick, a leading contender at Defense, heralding a new lucrative era for American finance.

But Trump or no Trump, this year marked the beginning of the end of hedge funds as we’ve known them. Their investors are joining a growing revolt, spurred by years in which fund managers grew rich while producing little in the way of returns. In 2016, big money clients finally decided to bail. “Let them sell their summer homes and jets and return those fees to investors,” one New York City official said in a nod to the populist wave that swept Trump into the presidency.

“There has been a massive blowback from public pension funds and private endowments,’’ said Craig Effron, who co-founded his Scoggin Capital Management nearly 30 years ago. An investor told him recently that many chief investment officers are so fed up that they would prefer to entrust their cash to a trader who charged no management fee, over one who did, even if they expected the latter to make them more money.

Public retirement plans from Kentucky to New York, New Jersey and Rhode Island have decided to pull money from hedge funds. So did a state university in Maryland and other endowments. MetLife Inc. and other insurers followed suit. Money-losing firms were forced to reduce their fees. Client withdrawals ($53 billion in the last four quarters) drove some managers out of business, including veteran Richard Perry, who until recently had managed one of the longest-standing and better-performing firms.

The comedown would have been unimaginable in 2007, when Tom Wolfe, who chronicled the lives of Wall Street bankers and their social X-ray wives in the go-go ’80s, proclaimed hedge funders the new Masters of the Universe, an aggressive and status-fixated group focused on pushing the old-money guard aside.

In the ensuing years, the fleece-vest set did just that.

The ascendant traders flocked to 15 Central Park West, the luxury building nicknamed Hedgie Hive. John Paulson gave the Central Park Conservancy $100 million to beautify the 843 acres he and others can see from their billionaire aeries. In 2006, 11 hedge funders graced the Forbes 400. By 2016, that number had climbed to 27.

While some managers made a killing with well-timed bets, on which they were paid 20 percent of the profits, many more got rich from the 2 percent management fee, which they received whether they made money or not. That payment rose ever higher as pensions and other institutions flocked to hedge funds after the tech bubble burst, hoping to protect against future market downturns. Industry assets swelled to $3 trillion.

Lackluster Returns
It took investors awhile to do the math. A fund with $5 billion under management and a 5 percent return collected at least $100 million from the management fee, while it got roughly half that amount from its piece of investment gains.

As war chests mushroomed, managers struggled to generate returns that satisfied clients during the roaring bull market and near-zero interest rates that followed the financial crisis. Since the end of 2008, hedge funds, on average, produced roughly 40 percent of the annual returns on stocks and only beat a broad index of bonds by 175 basis points.

The low returns began to feel permanent. Investors finally cracked. The reverberations from fleeing money could be felt throughout the hedge fund ecosystem.

This year at Art Basel Miami Beach, the aisles felt emptier and the sales people looked bored. A six-foot blue diamond by Jeff Koons dominated the booth of Larry Gagosian, the “it” gallerist to hedge funders. Yet the $15 million piece (similar to one that sits on Richard Perry’s Sutton Place terrace) felt out of place -- too conspicuous consumption, too 2007. At the end of the fair, it still hadn’t sold.

Back in Manhattan, there’s familial angst.

“Some parents would prefer to move out of the city rather than admit they can’t afford private school for their kids,” said Robin Aronow, who has been helping New York City moms and dads choose schools for their children for 16 years. She’s been fielding more calls from parents worried about decreased bonuses or disappearing jobs, inquiring about financial aid or even public schools.

Trophy apartments sit empty. Steve Cohen’s 9,000 square-foot duplex on the 51st and 52nd floors of One Beacon Court features a double-height, glass-walled living room and back-up generators to ensure a 24-7 trader is never without computers. Cohen now runs his own family office after his SAC Capital Advisors pleaded guilty in 2013 to securities fraud and paid a $1.8 billion fine. That same year he put the palace in the sky on the market for $115 million. No takers. This year, he dropped the price to $67.5 million.

Effron cautioned his summer interns that unless they have a real passion for 10-Q corporate filings and research reports they should consider other careers. “The compensation and wealth creation that hedge funds offered a decade ago has dramatically changed,” he told them.

While clients have only pulled a net 2 percent of assets so far, Tony James, the president at Blackstone Group, the largest investor in hedge funds, predicted in May that the industry would shrink by roughly a quarter over the next year. Hedge fund closures (782 in the first nine months) are on track to be the most since 2008, and startups (576) the fewest.

Any manager still standing applauds a smaller industry. Less money under management means fewer crowded trades and more chances to find the elusive alpha. Interest rates on the rise in the U.S., while still near zero or negative in the rest of the world, should also help. The Trump presidency, which promises less regulation, more infrastructure spending and the potential return of prop trading by banks, could also be a boon.

And not every investor is fleeing. Florida’s state pension fund, with roughly $180 billion in assets, now has $4 billion invested in 27 hedge fund managers and said in a December report that “despite their recent performance, hedge funds play an important role in the portfolio given their diversifying characteristics, their focus on ‘alpha’ and the valuations of stock and bond markets.” Florida pushes hard for fee reductions, the report said, paying up only where a fund offers “compelling value.”

Panayiotis Lambropoulos, who oversees hedge fund investments at the Employees Retirement System of Texas, predicts that the funds facing redemptions today will probably be back in demand tomorrow, as institutions decide to pull at exactly the wrong moment.

Yet the hedge fund mystique is gone, or nearly so.

“For many years, even hedge funds in the bottom decile were able to raise assets because it was cool to be in a hedge fund,” said Effron. “Now you have to make money.”