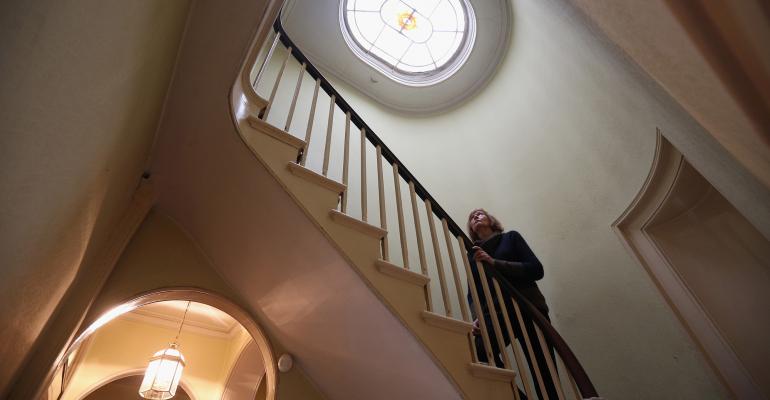 Have Clients Conduct Personal Property Review Before It’s Too Late

Families may not have a realistic idea of an item’s monetary or sentimental value.

In the coming years, there will be more sunsetters than ever before throughout the United States. At one time, a 65th birthday celebration triggered a permanent move to Florida, an over-50 retirement home or an in-law apartment attached to an offspring’s house.

That doesn’t appear to be the plan for the not-so-retiring generation of today. Between 2000 and 2010, the 60-plus population increased 12.4 percent in New York alone, and it’s expected to grow by 35.3 percent to 1.84 million come 2030. So there’s a real reason in considering their personal properties, to plan for how they treat the art on their walls, the furniture they continue to use, the carpets on which they walk, and most importantly, what their heirs will face when the time comes to figure out what do with the physical properties within the estate.

As illustrated below, by my experience with one family, it’s not always easy to make an accurate assessment that the family will accept.

It was a handsome brownstone on one of the most prestigious blocks in one of the more elegant Manhattan neighborhoods. Old family, old money.

As a longtime acquaintance of the “Brown” family, I’d been invited as an appraiser to inspect the contents of their home, which had been in their family for several generations. The current generation had resided there for over 50 years. The stated purpose wasn’t simply to provide an appraisal at fair market value for the personal properties throughout the three floors, but more importantly, to ease estate problems that could potentially arise for the next generation.

The Browns’ concerns were two-fold: (1) They wanted their now middle-aged children to reap the most benefits from any possible auction or private sale and (2) They wanted to leave clearly defined steps for their children to take ownership of the art, furniture, rugs, ceramics, silver and decorative items overflowing the multiple rooms throughout the premises.

My firm was also asked to include a plan to avoid any disputes that might arise should one of the children wish to keep an item that another desired.

My first suggestion was to have the parents ask their four heirs, right now, if there were any specific items they want among the items in the house.

Their response might have gently clued the parents as to the future of their possessions—none of the four wanted a single thing. For once, apparently, their offspring were in complete agreement. The parents didn’t show evident disappointment, attributing the lack of interest to a temporary generational change in taste. However, what I saw, aside from matters of fashion, were long seasons of neglect and owner indifference. Perhaps that’s what their children had also noted.

There’s a great schism between vintage/antique (“Antique” refers to objects created before 1830; “Vintage” connotes objects approximately 30 or more years old) art and furnishings that may have temporarily gone out of fashion but are in good condition and vintage/antique art and furnishings that are both out of fashion and in poor condition. Antiques restoration is a dying art and can be a very costly one.

Of course, art and objects that haven’t been given good care over time can most likely be refurbished or restored, but the cost of doing so can easily outweigh the value of a piece no longer as popular a purchase as it might have been 30 or more years ago.

As an appraiser, the one constant that I’ve found over the years is that the longer one lives with an object, the less one sees it.

For example, in 2018, the Picasso green haired face pitcher bought on a honeymoon to Vallauris Spain in 1969 might look as vividly splendid to its owners as it had then; the two tiny chips on its handle and a thin crack from who knows how many years ago have gone unnoticed by those once bright-eyed honeymooners. They insist now that the pitcher had never been touched, but over the decades, they’ve had five housekeepers and multiple visits from seven grandchildren while they not standing permanent guard over that particular Picasso.

The Browns must have seen, at least 20 thousand times, in passing through the hallway to the dining room, the 1950s Miro lithograph, the two Whistlers, one Anders Zorn etching and the small Ernest Fiene painting lining the walls,  but during the last 10 thousand of those trips, they didn’t notice  how those prints had faded and where the small painting was missing a tiny patch of paint under the Tuscan sky.

It happens. Framed works on paper can discreetly play host to nearly miniscule insects who die within its wooden borders, and lie, preserved for decades, unnoticed by its elderly owners.

It took pleasant persuading to allow my team to separate the myriad rugs they had piled up in several areas of their home because there was no room in which to roll them all out. These piles resulted in the edges being walked on so that they had thinned out into near thread-bare while the centers had been protected. I knew that these rugs and carpets had little value except to a dealer who might cut out the centers and alter them into seat cushions and large bags. I kept this knowledge to myself because those rugs had been acquired on sentimental journeys for the Browns.

The crystal drops on several of the once lovely old lamps were missing and would be almost impossible to replace; bindings of leather books engraved in gold were so dried out that they split when opened. While the silver service, inherited through the wife’s family, and its accompanying hollowware was intact, its elaborately wrought design had gone out of fashion almost a century ago. It’s possible that its value was now more in its current silver weight than in the service itself.

I believe I finally deciphered the Brown’s seeming lack of concern that their children had failed to desire the many splendors of their household. Although they were in their early 80s, I came to understand that they believed they still had time to outlive the current fashion of the day and that within the next few years, there would be another turnaround in taste and their heirs would learn to relish what they turned their noses up at now.

Just in case, I persuaded them, let’s set up a plan for dissolution of the properties.

It would have been pointless to have mentioned all this to the Browns—better to complete the appraisal and write a plan for ultimate dispersal. The plan divided the various segments of the objects into groups that would cut down on the explorations of any future auction house called in for a sale proposal. Contact information for the specific auction houses that I knew would consider taking this collection was provided, as well as the probable applicable fees the heirs would face throughout the auction process. There were alternate venues for pieces that the auction houses probably wouldn’t take, such as those lamps and chandeliers with missing parts. If all else failed, I included a list of organizations that would take almost anything, even just to dissemble the existing parts and sell them off to various dealers. Members of my firm tried communally to think of any possible scenario in the sell-off and donations of the Brown Collection. And, of course, the possibility that our own firm would be available for advice and guidance at no fee when the time came.

We thought we’d covered every possibility and that our appraisal had included a detailed inventory that had overlooked nothing, including the current condition of the Browns’ collection.

A week later, I received a very thick envelope containing a multi-page handwritten letter in a tidy hand blasting me to hell for what was in Mr. Brown’s opinion an “ignominious appraisal with no comprehension of historical importance and true value.”

In the same paragraph, I was berated for even going forward with the appraisal “if you thought our things were worthless.” I was informed that in the appraisal of his own mother’s estate, the low values of our furniture prices were totally inaccurate because much higher ones had been accepted at the time. He forgot he had told me his mother had died 35 years ago.

Looking back at my reaction as I read that letter, I realized that I was neither shocked nor upset. Mr. Brown was essentially a reasonable man, furious for the moment but probably more so at a culture that had rushed past him than at the messenger who had brought the news.

Of course, I could have also included in the report recommendations for restoration of the items in the appraisal whose value had been hugely hampered by condition. However, there’s a point of no return in the arts when the impact of restoration and the subsequent loss in value after restoration and the cost of this repair work is far greater than the value of the piece after it has been restored. This, unfortunately, was the case with all of the art and furnishings owned by the Browns.

If at the time of damage or even in the earlier days of ownership, the couple had called in a conservator to examine (perhaps once every five years), the condition of their collections, most of the items might have been salvaged and been twice as valuable today despite the changes in taste and fashion. I’d purposely omitted these lost opportunities in the report. That was the past, and we were looking at the future for the Brown children.

I wrote back, answering  every challenge and angry point. Three days later, Mr. Brown called. It was an amicable conversation and came to a near apology on his part for his angry letter. I reminded him that it was important that his attorney had a document that contained all information about the art and properties in the estate, and his children had an explicit plan to dispose of all these properties when the time came.

Perhaps, I suggested as kindly as I could, that he and Ms. Brown set aside one item for each of the four children as a memento if they couldn’t yet decide what they might possibly want at that future date.

Elin Lake-Ewald is the President of O’Toole-Ewald Art Associates, Inc.