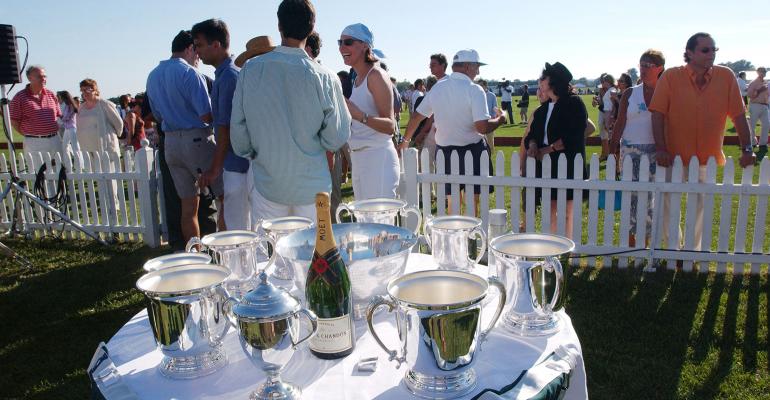 In Hamptons, the Rich and Those Who Serve Them See Two Elections

(Bloomberg) -- The presidential race pervades the cocktail parties of the wealthy who visit the Hamptons, the summer haven of Manhattan’s rich, and the workplaces of the permanent residents who serve them. The conversations rarely overlap.

Stars of Wall Street and Hollywood who enjoy the beaches, hedge-rowed estates and $100,000-a-month rentals talk about income inequality and expanding economic opportunity. Residents who provide the seaplane set with everything from lobster to massages rail against over-regulation and worry about the country’s direction.

For the past two weeks, the nation’s conversation has been dominated by the party-nominating conventions in Cleveland and Philadelphia. If there’s common ground in the Hamptons, it’s that many voters are dissatisfied with both candidates -- Democrat Hillary Clinton, the former New York senator who vacations in the Hamptons and has deep ties to Wall Street, and Republican Donald Trump, the Queens-born billionaire real-estate developer who shuns the playgrounds of New York’s wealthy for Mar-a-Lago, his own seaside resort in Florida.

“You have two very flawed candidates running against each other, so there’s a lot of reasons not to vote for each of them,” said Byron Wien, vice chairman of Blackstone Advisory Group Partners LP, during a July 15 party thrown by Stephen Scherr, the chief executive officer of Goldman Sachs Bank USA, the company’s consumer division.

“A lot of working people feel their life is not as good as it was,” said Wien, an 83-year-old sporting yellow linen slacks on his evening’s first social stop.

“We don’t really know how the local people feel,” said his wife, Anita, who is chairwoman of the Observatory Group macroeconomic consulting firm.

Republican domination of the Hamptons has faded, mirroring lost influence throughout New York, said Damon Hagan, the party’s leader in Southampton. Democrats have registered city-dwelling part-timers as local voters, a tactic that Hagan said “has stifled the voice of the local community.”

The two sides rarely discuss politics with each other.

“You have a dichotomy between the super-rich and the full-timers,” said Steven Gaines, a Sag Harbor author whose “Philistines at the Hedgerow” recorded the Hamptons’ transformation from a stretch of farms and fishing villages to a haven for the wealthy. “You want the guy who mows your lawn to show up.”

Mike Babinski, 58, a fourth-generation farmer in Water Mill, a Southampton hamlet whose median home value is more than $3.6 million, said some locals may identify Clinton with summer people they blame for the skyrocketing housing costs and crawling traffic. She and Bill Clinton have been summering there for years, and last August, the couple spent $100,000 renting an oceanfront estate for two weeks while she attended fundraisers, according to the East Hampton Star.

At his farm stand offering fresh raspberries, tomatoes and corn, Babinski said he’s leaning toward Trump, “even though some of the things that come out of his mouth, you have to shake your head about.” He has Latino farmhands and doesn’t like Trump disparaging “Hispanics who are good, hardworking people and just would like to be citizens.” He can’t vote for Clinton, he says, “because the way she talks, she’s not a real person.”

“This is the best this country can come up with?” he said. “Can we get any lower?”

It would be a mistake to conclude there’s unanimity inside either group.

Billionaire investor Wilbur Ross this month had 61 summering Hamptonites and visitors show up for a lunch with Trump -- $100,000 for co-hosts, $25,000 per couple -- at his Southampton retreat, including real estate developer Richard LeFrak, New York Jets owner Woody Johnson and SkyBridge Capital’s Anthony Scaramucci.

Other politicians “failed to understand the depth of feelings of middle-class America,” Ross said. “It’s probably the most important sociological and political phenomenon afoot today. When you think about it, the middle class has gotten a bad deal.”

One Republican who declined the invitation, Alex Navab, head of KKR & Co. LP’s Americas private-equity division, said he intends to vote for Clinton.

“This rage that’s going on, I’m worried,” said Navab, who owns a house in Southampton.

After watching each convention at his Wainscott home, Wien said Friday that Clinton gained ground when she attacked Trump’s assertion that only he could solve the nation’s problems.

“She turned his egomaniacal tendencies into a liability,” Wien said.

Mike Vegessi, 63, skipper of the Lazy Bones excursion boat, which runs half-day fishing jaunts out of Montauk on Long Island’s eastern tip, said that he’s been “willing to overlook all Trump’s faults because I’m sick and tired of establishment politics,” which he says are dependent upon wealthy donors.

One measure of the competing points of view could be found in stores selling merchandise indicating support for the candidates. At the Fudge Factory on Southampton’s Main Street, owner John Johner kept a tally of chocolate bars wrapped in likenesses of Clinton and Trump until someone paid $300 for all his 100 remaining Trump bars.

East Hampton’s Monogram Shop has been selling plastic cocktail cups emblazoned with Trump and Clinton logos at $3 apiece. At 5:07 p.m. Saturday, Clinton cups were sold out after the store moved 1,706 of them, according to its red, white and blue hand-lettered sign. It had sold 1,598 for Trump.

Brooke Neidich, a New York philanthropist and jewelry designer married to Daniel Neidich, former managing director for real estate at Goldman Sachs Group Inc., has spent summers at their home on Georgica Pond in Wainscott for years. It hurts, she said, when someone speaks ill of the part-timers.

“My children grew up playing with the year-round kids,” she said at a party she hosted for the Whitney Museum of American Art. “I want affordable housing for the people who work here. My husband votes here.” And of Clinton she said, “This woman has been fighting for us, for children, for education forever.”

Meanwhile, on the manicured lawn at the Amagansett home of Andy Sabin, 69, a Republican who owns Sabin Metal Corp., the largest independently owned precious metal refiner in the U.S., are two signs reading, “Hillary for Prison 2016.”

“People drive by and give me the thumbs up,” Sabin said. “Hillary would associate with a rat if it would give her money.”

Some Hamptonites try to tone down the rancor.

An extreme attempt at civility was practiced by David Bohnett, a 60-year-old philanthropist and technology entrepreneur who has a house on Lake Agawam. Bohnett, a Clinton supporter and Obama appointee to the board of the Kennedy Center for the Performing Arts in Washington, threw a birthday party for a friend, and offered cakes featuring likenesses of Trump and Clinton. He’d planned to entertain the guests with a Trump impersonator. After reflection, he flew in a Clinton imitator as well.

“I had to make sure there was a balance,” he said. “No one in my group wants to strain any friendships.”