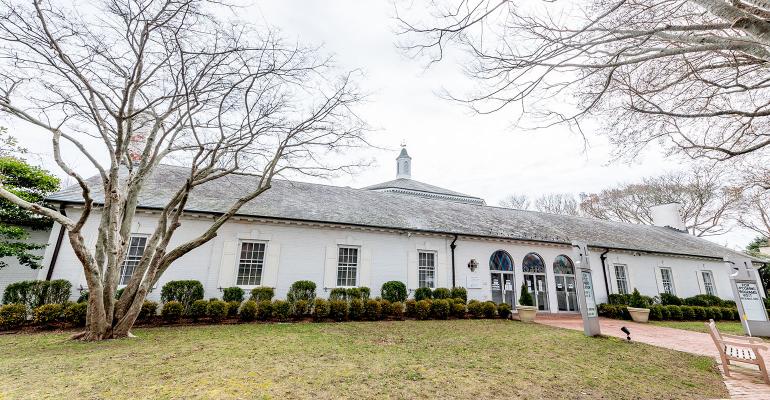 The Hamptons Are Becoming a Legitimate Art Destination

This year, many East End mainstays are ramping up their programming.

(Bloomberg) -- After decades as a vacation destination for people in the arts—and those deep-pocketed collectors who fund them—New York’s Hamptons are fast becoming an arts destination.

This summer, architect and collector Peter Marino will open his private art foundation in the heart of Southampton. (Its opening date is still pending.) The Guild Hall in East Hampton will kick off its 90th anniversary season, which includes a $10 million capital campaign for a Peter Pennoyer Architects-led renovation of its facade and interiors. And in Water Mill, the Parrish Art Museum will show works created by artist Lonnie Holley when he was an artist-in-residence at the nearby Elaine de Kooning House; the show will take place in conjunction with an exhibition of Holley’s work at collector-dealer Adam Lindemann’s South Etna Montauk Foundation.

Meanwhile, the for-profit galleries that opened pop-ups in the Hamptons last year are back, if they ever left at all. Hauser & Wirth, Lisson, Pace, Skarstedt, and Van de Weghe (to name just a few) will be joined this year by the New York-Mexico City gallery Kurimanzutto and the London-Cape Town Goodman Gallery.

It’s not as if the Hamptons were devoid of art.

The Guild Hall, which combines live performance with visual arts exhibitions, has been a Hamptons mainstay since 1931. “It was created by a single donor, as a gift to the community that was a meeting space, bookended by the arts,” says Andrea Grover, the venue’s executive director.

Over the years, Hamptonites including Jackson Pollock and Lee Krasner exhibited their art, playwright Edward Albee was the Hall’s artistic director, and artist Alfonso Ossorio would hang members’ exhibitions.

There are other artistic standbys, too. LongHouse Reserve, a sculpture park in East Hampton, is filled with lush gardens and sculptures by stars including Willem de Kooning and Yoko Ono, along with a massive temporary installation by Ai Weiwei; Dia Bridgehampton, set inside a former firehouse, has a permanent display of light works by Dan Flavin on its second floor; and the Pollock-Krasner House and Study Center in East Hampton’s Springs has an original work by Pollock, though the real attraction might be Pollock’s original paint-splattered studio floor.

It’s just that now, these mainstays are ramping up their programming.

“It’s a moment of evolution out there, which is very cool to see,” says Kelly Taxter, who began working as director of the Parrish in March.

“I think Covid—and peoples’ relocation [to the Hamptons]—created a new kind of community out there, one that’s more visible and more active,” she continues. “There have always been galleries and people who’ve invested in making the Hamptons a space for the arts,” it’s just that now, “there’s more. And that’s always the story: Where there’s artists and galleries, they seemingly seem to multiply.”

This summer, the Guild Hall will stage an outdoor theater series, with plays by Kurt Vonnegut, Wendy Wasserstein, and Edward Albee; host a solo show of artist Robert Longo; and amid various other programming, attempt to close out its capital campaign for the renovation, which will include a retrofit of its theater by Bran Ferren’s Applied Minds. (The renovation will extend through 2022; the Guild Hall’s board has already donated about $4.5 million of its $10 million goal.) The Guild Hall's final exhibition this Fall will be selections from its 2,400-piece permanent collection, which includes work by more than 500 artists including Roy Lichtenstein, Andy Warhol, Willem de Kooning, and Cindy Sherman.

Meanwhile, Taxter, who has led the Parrish for just a few months, says she plans to beef up the Herzog & de Meuron-designed building’s exhibitions while broadening its scope.

“I’m thinking about diversity. I’m thinking about practitioners from other parts of the world, people that might have histories of migration, or forced migration in their families that inflect upon their work,” she says. “I’d love the Parrish to be more full-time and offer programming year-round that’s as important and visited as what we do in the summer.”

And that seems to be the key: Institutions large and small are doubling down on becoming part of the area’s cultural firmament, rather than simply seasonal attractions.

“We’re very happy about all of this activity,” says Grover. “It makes us feel like we’re in the right place at the right time.”