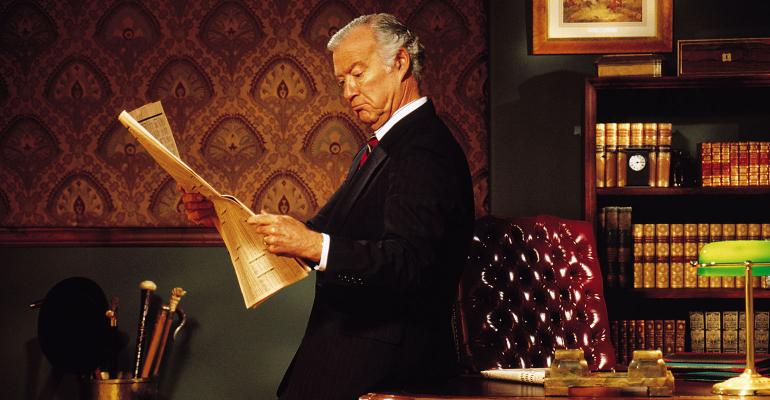 Global Wealthy Are Getting Richer—And Older

The global ultra high net worth population experienced flat growth in the past year, but there are seismic changes occurring beneath the surface.

The global ultra high net worth population experienced flat growth in the past year, but there are seismic changes occurring beneath the surface.

According to the most recent edition of Wealth-X’s “World Ultra Wealth Report,” total worldwide UHNW (defined as individuals with over $30 million) wealth increased by only 0.8 percent last year. In the U.S., home to the largest concentration of UHNW individuals, progress was even slower, at only 0.6 percent.

Despite the relatively serene picture that these numbers paint, the rest of the world experienced a significant amount of upheaval, as the balance of wealth continues to tilt (far) eastward. In Europe, the Middle East and Africa, ultra wealth fell 2.4 percent. The study attributes this dip to collective negative returns in equity markets, local currencies and GDP. On the other hand, the UHNW population of the Asia-Pacific region, despite China’s well-publicized slowdown and notoriously volatile market and currency, still grew a healthy 3.9 percent. The dynamic business expansion that this region has been experiencing for the past several decades has slowed from its heretofore breakneck pace, but it’s still enough to power growth rates surpassing those in the West. On a more granular scale, New York, London and Tokyo are still the cities with the highest UHNW populations, collectively housing 10 percent of the world’s total. However, all of the cities in the top five saw slight declines in the last year. On the other hand, many principal Asian cities (Tokyo obviously excepted) saw double-digit growth.

As for the UHNW population itself, the richest are getting richer, older and more male. UHNW women decreased by 3 percent, and their total wealth decreased by about 14 percent, a phenomenon the study indicates is partially a result of increased reliance on inherited wealth by this group. That being said, the inheritance business looks like it may soon be booming, as billionaires, the wealthiest sub-group of the UHNW, also saw their wealth grow the most, at 5.4 percent. Additionally, UHNW individuals aged 80 or over are currently worth nearly double that of the average global UHNW individual and a staggering seven times more than those under 30. With the current UHNW population aging and top-heavy, the study predicts strong growth going forward (around 50 percent by 2020) as interests diversify globally, wealth is managed more skillfully and with more sophistication and as the oldest billionaires die off and their vast fortunes begin to trickle down to various descendants.