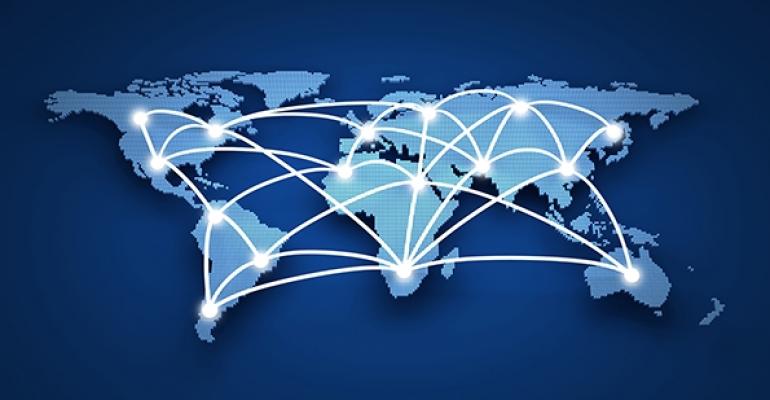 The deal will force multinational companies to pay more taxes.

It’s about to get a lot more difficult for wealthy multinational corporations looking to shelter their assets abroad.

The United States, along with the six other nations that make up the G-7, has just reached a decision to tax some of the world’s most profitable companies a minimum global corporate tax rate of 15%. According to The New York Times, the deal would also require these wealthy multinational companies to pay additional taxes to countries based on where their goods and services are sold, regardless of where they’re headquartered and whether they have a physical presence there or not. The significant and historic decision underscores international governments’ desire to make some of the richest companies pay up—and attempt to prevent profit shifting to offshore tax havens.

Tech Giants Will Feel the Impact

“Large U.S. tech businesses, such as Apple, Facebook, Amazon, Google and Microsoft, stand the most to risk, given the use of different structuring strategies and use of transfer pricing rules by them, to optimize taxation impacts,” says Julio Jimenez, a principal in the Tax Services Group at Marks Paneth LLP in New York City. Some of these tech giants have been publicly slammed for their profit-shifting efforts to avoid paying U.S. taxes in the past, with Facebook announcing this past winter that it would be closing its Irish subsidiaries at the center of a dispute with U.S. tax authorities.

This global tax reform overhaul plan comes on the heels of the Biden administration’s big push to hold the wealthy accountable for taxes owed and combat tax evasion, as well as its plan to raise the corporate tax rate. The cooperation between the G-7 nations is a starting point for addressing the murky practices of attributing profits to intellectual property that is held in low-tax offshore jurisdictions. It also spells trouble for tax havens looking to attract these corporations.

The Much Needed Modernization Will Take Time

“The agreement reached today by the G-7 is a huge step in the direction of global tax reform, getting the drive needed to then go before the G-20,” says Jimenez. The agreement is also a welcome update, as it “looks to reform global taxation by using profitability and substance approaches to levy income taxes rather than the current architecture, which allows for many multinationals to use transfer pricing, apportionment rules, tax treaty allocations and territorial rules to profit shift as well as base erode,” he adds. As envisioned, countries would have the right to tax profitable businesses in their jurisdiction.

Though a major breakthrough, “The devil is always in the details, of course,” according to Jimenez. And many details remain subject to negotiation, including exactly how the tax revenues will be split among the participating countries. “Next steps are to present before the G-20, then have each jurisdiction agree to rules, enable statutes, notes and execute instruments, and then have regulators implement regulations and local rules. The entire process may very well take several years to legislate, and maybe even more to fully implement and make effective, if it gets that far. This is the first, powerful step, however, in getting the momentum going. All advisors have their eyes peeled.”

While some of the targeted companies immediately voiced their support for such a uniform plan to international taxation, including Google and Facebook, critics have been quick to say that the deal might lead to an exodus of U.S.-domiciled companies, while others feel the 15% tax isn’t nearly high enough.