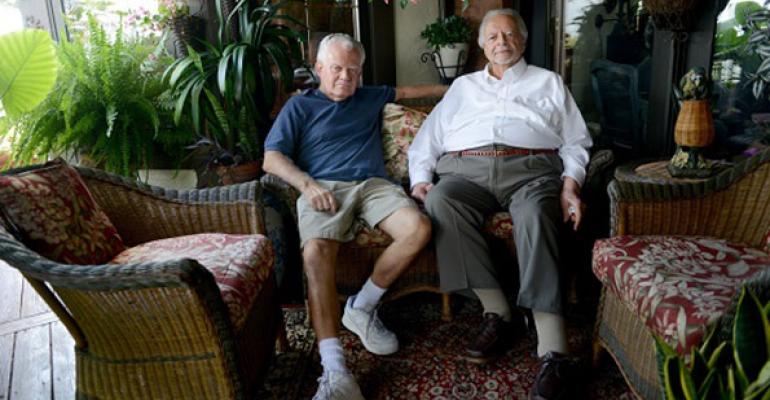 A Father, A Son and Same-Sex Marriage

The past collides with the present for same-sex couples

Prior to the Obergefell v Hodges decision that led to the legalization of same-sex marriage nationwide, same-sex couples often used some creative solutions to piece together a facsimile of the bundle of rights granted by traditional marriage.

One partner "adopting" the other, essentially as a son or daughter in the eyes of the courts, was one of the more common and effective methods. However, now that same-sex marriage is legal, some couples who embraced that solution are finding it's not an easy one to untangle under the new system. Advisors should take note.

We’ve covered some of the more esoteric effects of these conflicts in the past, but a recent decision out of Pennsylvania really drives the point home.

Nino Esposito adopted his partner of 40 years, Roland Bosee, in 2012. Given their advanced ages, a prime benefit of taking that step was to secure familial hospital visitation rights and favorable inheritance treatment in the event of one of their deaths.

Then Pennsylvania legalized same-sex marriage in May of 2014. However, Pennsylvania is also one of the 25 states that classify relationships between adopted relatives as incest. So, the couple had to get their adoption annulled before they could legally marry.

In June, Alleghany County Judge Lawrence O’Toole denied their request and deferred a decision to the higher court. This doesn’t appear to be a case of politcal or moral aversion to sanctifying same-sex marriage; O’Toole is a known progressive in the area of LGBT rights and he signed one of the earliest same-sex marriage licenses to be recognized in the state. Instead, it seems as if he’s identified this as a murky legal interaction and is attempting to force a higher court to make a ruling that will carry more precedential weight. A potentially noble cause, unless of course you’re Nino Esposito and Roland Bosee.

Their case is scheduled to be heard in December, but they’ve already been inconvenienced in a way that heterosexual couples don’t have to worry about. Further, these aren’t exactly young men; if something were to happen to one of them before a decision came down, they’d be denied the advantages and protections of marriage.

With the growing tolerance for LGBT issues and the accompanying changes in the law, it’s important for advisors to same-sex couples to establish a thorough and complete record of all of the binding legal agreements that the partners have entered into over the years, even if they don’t overtly refer to the couple’s finances. The legalization of same-sex marriage isn’t the end of this particular road. There’s a still a great deal to clean up legally on both the state and federal level. You don’t want to be caught flat-footed by an unforeseen interaction as a result of this rapidly shifting paradigm.