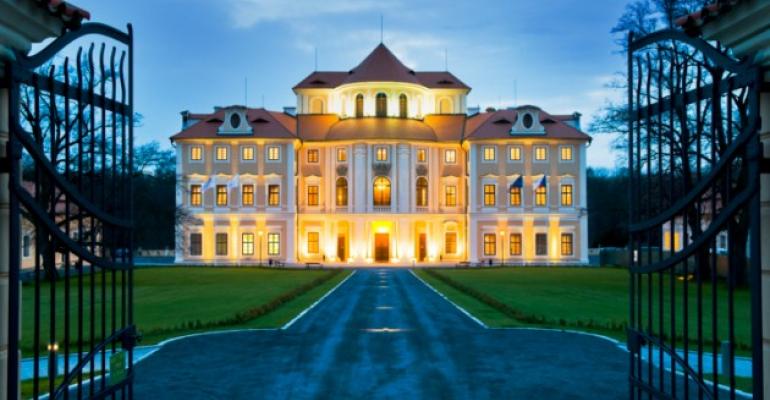 Family Wealth Advisers Get Richer Right Along With Their Clients

With investors moving out of fixed income and hedge funds, “those dollars have flowed into private equity, operating companies and cash flow producing assets such real estate.”

(Bloomberg) --As the number of ultra-high-net worth people swells, so too does the pay for those who oversee their assets.

C-suite pay at family offices, firms that manage the wealth of the very rich, is surging, according to a report by UBS Group AG and researcher Campden Wealth. The average base salary for a chief executive officer jumped almost 10 percent to $367,000 this year from 2016, while chief investment officers got an increase of 8 percent to $314,000.

It looks like they’re earning their keep as family office investment returns rebounded last year. Returns averaged 7 percent in 2016, compared with 0.3 percent the year before, according to the report, issued Tuesday. The gains were strongest among North American firms, which had less money invested in real-estate than their international counterparts.

“The rebound can largely be attributed to two factors, better performance in equity markets and improved returns due to allocation shifts,” Stewart Kesmodel, head of global family office for the Americas at UBS, said by email. With investors moving out of fixed income and hedge funds, “those dollars have flowed into private equity, operating companies and cash flow producing assets such real estate,” he said.

As with much of the investment world, the best-paid executives are predominately male. Women accounted for only 7.7 percent of family office CEOs and 13.2 percent of CIOs. Women appeared more frequently as chief operations officers and chief financial officers.

Traditionally set up to manage the accounting and tax planning affairs of a wealthy clan, family offices are growing in size and complexity, in some cases even beginning to resemble small hedge funds or investment banks. They’ve been poaching talent from Wall Street, taking advantage of challenges elsewhere in the investment management world to build in-house staff.

“Those family offices which are looking beyond preservation of capital have become more aggressive in their thesis, as well as, the talent they hire for execution,” Kesmodel said.

Family offices also continued their steady march away from hedge funds, echoing other institutional investors’ concerns about high fees and poor performance. Hedge fund allocations have declined to an average of 7.1 percent in 2017 from 8 percent in 2016, despite improved performance.

Equities will remain a strong component of portfolios, according to the report, as most family offices plan to maintain their allocations. Family offices are looking to emerging markets for opportunities: 44 percent of those surveyed said they plan to allocate more money to developing market stocks while just 21 percent said they intended to boost developed market stock exposure.

UBS, the world’s largest wealth manager, is competing with banks including cross-town rival Credit Suisse Group AG to lure the very wealthy to manage part of their riches. In the first half of 2017, UBS managed 831 billion francs ($870 billion) of ultra-high-net worth money, an increase of 12 percent. However, private banks remain under relentless pressure as negative or low interest rates, the reluctance of wealthy clients to put their cash to work and competition from lower-fee passive strategies weigh on margins.

The UBS/Campden report is based on a survey of 262 families between February and May with an average wealth of $921 million. Sixty-eight percent of respondents manage money for a single family. Year-over-year data draw on responses from more than 100 family offices that completed the survey in 2016 and 2017.