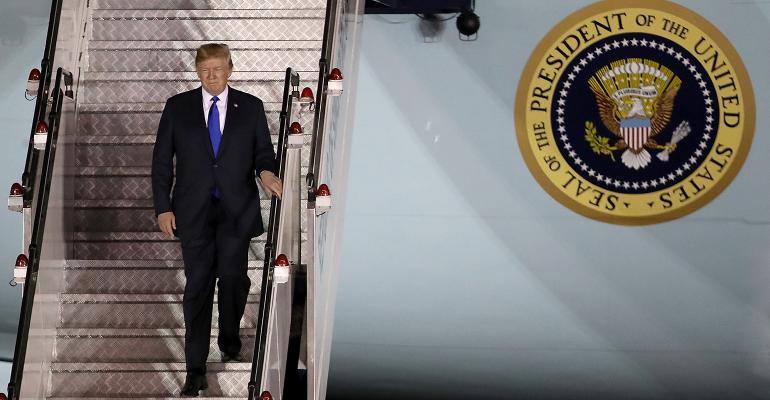 Under the new tax paradigm, careful choice of entity can be key.

What’s the best way to take advantage of a highly business-centric tax reform? Simple. Be a business.

At least that’s the answer put forth by experts at a recent event at Withers Worldwide’s Manhattan office called “Tax Reform and the Family Office.”

According to Ivan Sacks, Chairman of Withers’ New York Office: “To find the silver lining in this very pro-business tax reform, the obvious answer is to transform personal assets into business assets to really get the most out of the reform.” How exactly they suggest going about that is not quite as obvious.

The main tax issue currently facing many high-net-worth families now that the estate tax is effectively nil, is the loss of the deduction for investment management expenses. Interestingly, according to Partner David Stein, this isn’t exactly a new problem, just a more obvious one.

“We’ve been working on this type of planning for some time with the Alternative Minimum Tax, it’s just that it’s so in your face now,” says Stein. “The AMT was so arcane. The law now is just ‘you don’t get [deductions].’ So, it’s been a wake-up call for people.”

How Withers has been attempting to address this issue is through using family offices and, more specifically, modifying how they’re structured, in order to access deductions normally intended for businesses.

Stein explains: “Most families have numerous investment entities and their investments are held through an LLC or partnership, usually. To date, that LLC or partnership has either paid expenses itself or paid a fee to a family office entity, which in turn pays the expenses. Without any change, those deductions are lost. The fee paid to your own family office entity is still an investment management fee just as if it were paid to an outsider.”

By creating family offices for those that don’t have one and restructuring existing family offices as corporations (many are currently classified as pass-through entities), aka a tax paying entity, then instead of paying fees to the family office, admit it as a partner in the family partnership and give it a carried interest in the family’s investments; planners can attempt to take advantage of what’s known as Trader Business deductions.

Though we think of them as fees, a carried interest is not actually a fee. As a matter of tax law, it’s something distinct—an interest in partnership profits. So, whatever gets allocated to this family office entity as part of its carried interest in the family partnership is simply a portion of the investment return that’s being allocated out. That’s not an expense to the family that can be deducted, it’s just income that never even reaches the family.

The flip side of that coin is that it does count as income to the corporation that receives it. This is where the Trader Business rules come in. Since that corporation is a business—it’s running the family’s investments—that’s run in a “business-like manner” (this part is key), it has employees, it pays rent and other expenses. It can use the funds allocated to it from the carried interest to pay the expenses of managing the family’s investments and then deduct them as business expenses.

This is a fairly complicated thing to get right. The problem with a carried interest is that it’s a percentage of profit, so it’s highly unpredictable from year to year. You might have a loss one year and a big profit the next, resulting in uneven cash flow to the family office. Designing a framework to give you some level of predictability in the cash flow department is a major challenge, and where talented planners can separate themselves from the pack.

Stein sums it up thusly: “The net effect of it all is to say ‘Let’s take what otherwise would have been a non-deductible fee, turn it into a profit-sharing arrangement with this family office entity and make them deductible business expense there.’”

According to Partner William Kambas, the beauty of this structure is that any type of entity is eligible to qualify as a Trader Business. “It’s not contingent on being a corporation, but under our tax rules, corporations by default are assumed to be in the trader business. What we’re finding with tax reform is that there’s much greater emphasis to re-examine how operations are conducted to make sure that they are part of a trader business. This tax law is permeated with benefits for trader businesses as well as a resurgence of old benefits for trader businesses.” (One key recent case in this area—one in which case law is exceedingly rare—is Lender Management, LLC v. Commissioner.)

Though the benefit is gained from achieving trader business status, it’s important to remember that the family office is the key element of the entire technique.

“The family office itself is what allows us to get to this business deduction in the first place.” Kambas says.