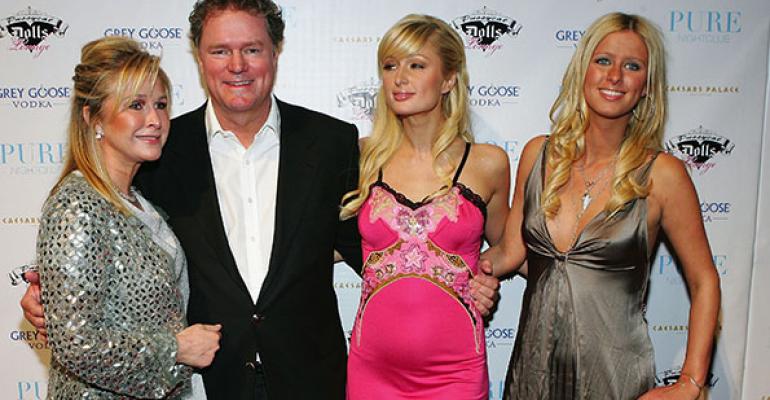 A quick overview of your clients&#39; options

There’s a favorite saying in the family office industry: “If you’ve seen one family office…you’ve seen one family office.” The point is quite valid: Family offices come in as many shapes and sizes as do the families whose needs they serve. They can range from a one-person office that only manages investments to a 50-person office that provides an extensive variety of services (investments plus everything involved from managing homes, yachts and an aircraft—to party planning and keeping track of customer rewards points). A growing trend in the United States is for the family office to have very broad coverage: for example, educating the next generation, handling philanthropy and putting succession plans in place.

What a family office does will depend on the needs of that particular family. This role can be limited to the initial need of managing a number of residences, such as hiring and evaluating household staff (for example, housekeepers, grounds maintenance, nannies and perhaps crew for yachts and jets). The investable wealth may be quite small, for example it may still be tied into an operating business. This situation would be of little interest to investment institutions, but it needs attention and oversight by reliable staff—and the staff is the family office.

At the other extreme, the family may be interested only in outsourcing the investment oversight of its wealth. This could be done via a so-called “virtual” family office, with the key advisors available online on an as-needed basis. Most families have needs somewhere in the middle of these extremes.

Once a family has determined the nature of its initial needs, it can begin the search for talent. Working in a single-family office (SFO) requires different strengths and capabilities from those required in a standard corporate setting. A successful SFO must have a dedicated service culture. Regardless of the impressive credentials of an office executive, she must be happy to respond to whatever the needs of the family are. One family member, for example, may admire a hotel painting on vacation and ask the family office head to arrange for its sale to the family. Another may need a replacement smartphone, a passport renewal or tickets to the World Cup ... the list is endless.

Today, the term “family office” can be defined as “staff that serves the needs of a single family.” As noted in the literature, this isn’t a new idea. For as long as there have been wealthy families, there have been staff or servants who took care of their needs. The term “family office” seems to have become popular first in the United States during the era of the industrialist families like Andrew Carnegie, Cornelius Vanderbilt, Andrew Mellon, John D. Rockefeller, J. Pierpont Morgan and John Pitcairn. The concept had become quite fashionable in the United States by the 1990s, when young heirs could be heard boasting to each other about having a family office.

Many believe a family should have a net worth of at least $100 million to form its own family office (other estimates are as “low” as $30 million). The real answer is that the cost of an office will depend entirely on the services that the family requires. That will determine the cost of the staff and the size of the premises. So, the annual cost of maintaining an office will also vary (though a common estimate is $1 million per year).

No one is really certain about the number of family offices. This lack of knowledge is largely because a family office is, by definition, a private affair. Many have chosen names for the office that are deliberately opaque. Several surveys have estimated that there are somewhere between 5,000 to 8,000 family offices in the United States.

I’m one of the advisors who believe that the number will be increasing significantly in the aftermath of the global economic crisis, which has led families to want to have more control over their investments and has resulted in a smaller number of acceptable institutional investment providers.

Choosing Between SFOs and MFOs

An SFO has the advantage of maintaining control by the family. The family chooses its paid staff, and those staff members are dedicated to the one family. On the other hand, it’s costly to staff a dedicated private office, and it’s difficult to find and retain the right talent.

A family is likely to consider a number of alternatives before finally deciding on the bespoke model of creating its own SFO. The alternatives range from joining an existing multi-family office (MFO) to taking advantage of one of the multitude of professional groups (accountants, attorneys, money managers) or institutional investment firms—all of which claim to offer a branded family office set of services.

On closer examination, it’s likely that investment institutions are focused more on asset management than on providing the softer range of family office services. If they provide non-investment services, it’s often at no charge (because it’s difficult to figure out how to charge) for those services, and they’re thus available only to those clients with sizeable investment funds managed by the institution (which is the source of traditional fees). Is this really a family office? Or, is it a private bank department rebranded as a family office? When the provider offers its own proprietary investment products, is the advice really independent or are conflicts of interest inevitable?

If a family is trying to decide whether to create its own SFO or join with an existing MFO, it helps to divide MFOs into several categories. The traditional MFO began life as an SFO. The staff understands family office culture. The original family has probably faced a generational transition. The SFO it founded often begins to look too costly to the next generation, so the family decides to ask more families to join it (hoping to benefit from shared overhead and related costs). The most successful of these understand that their market advantage is that they know the complex issues of working with generational wealth. They’re more likely to offer educational and philanthropic services and provide coordinated family wealth succession planning.

A different category of MFO began life as an investment-based private office serving a number of different families. These are often closely related to the institutional firms’ rebranded departments (with the same conflict issues) and, accordingly, they tend to have little interest in providing the full range of family office services. In a few cases, they might be founded by a number of like-minded families wishing to pool their resources. A family that’s shopping for family office services should look closely at the make up and fee incentives of any MFO.

This is an abbreviated version of the author's longer article in the August 2015 edition of Trusts & Estates, "Family Offices Around the World."