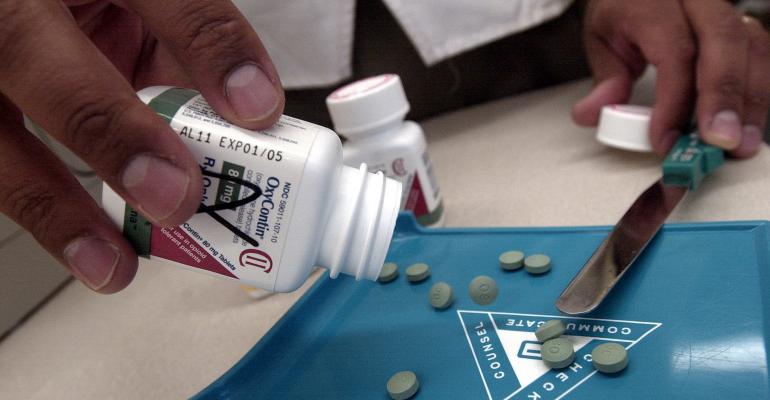 The Sackler family found success developing Oxycontin, but at what cost?

Every professional involved in trusts and estates has the stories:

Of course, there are also stories that turn positive. But more numerous are the ones that turn the old adage on its head and make you think the first place to look a gift horse is in its mouth.

Chances are there’s at least one member of the Sackler family who feels that way today.

Who Are the Sacklers?

As profiled in the New Yorker last year, the Sacklers are the family behind Purdue Pharma, the pharmaceutical company that developed the drug that’s now at the center of the country’s opioid crisis: Oxycontin. The company was built by the Sackler brothers—Arthur, Mortimer and Raymond—all of whom were physicians. Arthur died in 1987, before the advent of Oxycontin, at which point Arthur’s descendants were bought out of the company by Mortimer and Raymond. Mortimer died in 2010, and Raymond died in 2017.

The current directors of Purdue Pharma include three of Mortimer’s children, Ilene Sackler Lefcourt, Kathe and Mortimer Sackler; Raymond’s two sons, Jonathan and Richard Sackler; and Raymond’s grandson, David Sackler. The family has an estimated net worth of $13 billion spread among approximately 20 members. As described in the New Yorker article, the Mortimer brothers “donated lavishly during their lifetimes to an astounding range of institutions, many of which bear the family name: the Sackler Gallery, in Washington; the Sackler Museum, at Harvard; the Sackler Center for Arts Education, at the Guggenheim; the Sackler Wing, at the Louvre; and Sackler institutes and facilities at Columbia, Oxford, and a dozen other universities.”

Yet the role of Oxycontin in the opioid crisis and the role of Purdue in developing and marketing the drug has brought a harsh spotlight on the family. The company has been named in hundreds of lawsuits alleging liability for the company’s role in the spread of Oxycontin abuse, opioid-related deaths and other public costs. In March, protesters converged on the Sackler Wing of the Metropolitan Museum of Art, threw pill bottles, called for cultural institutions to refuse donations from the Sackler family and demanded that Purdue fund treatment for addicts.

Now, family members have personally been named as defendants in the latest lawsuit filed by Massachusetts Attorney General Maura Healey. The lawsuit alleges causes of action for (1) unfair and deceptive acts and practices, (2) public nuisance and (3) negligence, and names each of the six family board members as well as the company’s CEOs as defendants. It claims they had “oversight and control over the unlawful sales and marketing” of Oxycontin and “are personally liable for the misconduct because: (a) they participated in the misconduct; and/or (b) they knew about the misconduct and failed to stop it; and/or (c) they should have known about the misconduct and they failed to stop it.”

Putting aside the ultimate outcome of the Massachusetts lawsuit (and others), as well as the  underlying culpability of the individual family members, the existence of the lawsuit highlights a key aspect of family business planning that can be overlooked.

From a family business planning perspective, the Sackler family could be viewed as a success.  Arthur’s descendants were able to be bought out. Members of both the second and third generations are involved in management. The company remains privately held and has generated substantial profits.

These questions don’t diminish the responsibility of each family member. Rather, they’re intended to highlight the need for professionals to press against a family’s concepts of success—especially when seemingly valued assets can easily become liabilities.