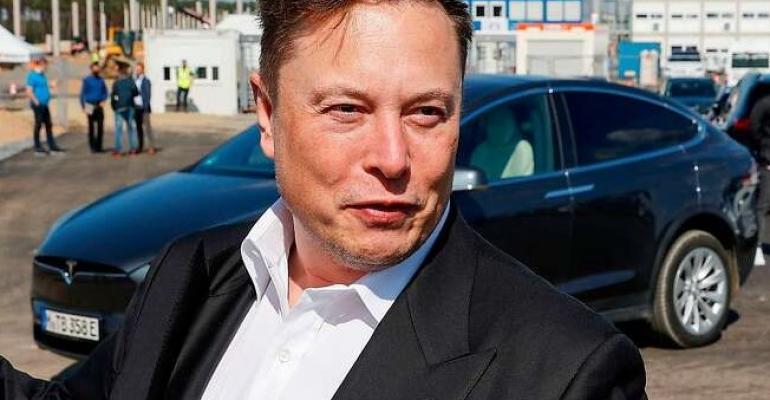 Dig up dirt on an enemy. Done. Arrange massive loans. Sure. Hire bodyguards, sell homes and lead — at least on paper — a billion-dollar neurotechnology company. No problem, boss.

So it goes for Jared Birchall, who for the past six years has served as the right-hand man for Elon Musk, handling the fortune and whimsies of the world’s richest person.

For most of Birchall’s career — like the best handlers — he’s largely operated in the background. Former classmates at Brigham Young University say they can’t recall him, nor can ex-coworkers at Merrill Lynch, where he was fired for misconduct. People in the tight-knit world of ultra-high-net-worth family offices and wealth managers say only that they recognize the name — if that.

But Birchall, 47, is one of the most important people in Musk’s circle. He’s at the helm of the Tesla Inc. leader’s family office, Excession, along with his nascent foundation, and manages many of Musk’s personal endeavors. People who know Birchall describe a mild-mannered guy who’s essentially the fixer for a capricious billionaire who frequently elicits controversy.

That role has grown in complexity as Musk’s wealth has ballooned from the mere billions to tens of billions to hundreds of billions. Most recently, it’s involved helping buy Twitter Inc. with a complex financing package that initially included a record $12.5 billion loan tied to Musk’s stake in Tesla.

He was part of the tiny circle interacting with Wall Street to line up the loans that were key to securing the deal, according to a person with knowledge of the talks. While he lacked the experience of marshaling multibillion-dollar takeovers, Birchall helped corral the banks — with the assistance of his former employer, Morgan Stanley — to nail down the financing, said the person, describing him as no-nonsense and easy to deal with.

On Thursday, Musk disclosed a group of investors were kicking in more than $7 billion of equity. They include Oracle Corp. billionaire Larry Ellison, venture-capital firm Sequoia Capital and cryptocurrency exchange Binance. A person familiar with the conversations with Binance said Birchall was one of the points of contact, working on video chats to help nudge the deal over the line.

Birchall has also played a role as ambassador, embracing Musk’s view that Twitter should be an unfettered platform for free speech.

“He vehemently disagrees with censoring. Especially for a sitting president. Insane,” Birchall wrote in a December message to Charles Johnson, a former right-wing political operative turned tech investor, who himself was banned from Twitter after he was reported for harassment.

And then there are the intricacies of managing all things Musk. The billionaire’s life is complicated. He frequently shuttles around on a private jet and makes big, consequential decisions — like to sell all his homes, or buy a social-media company — rather abruptly. This is all happening while his already sizable family is growing along with his profile. Someone has to be there to deal with the nitty gritty — arranging the jet, selling the houses, contacting the bankers, hiring the nannies and security guards. And for Musk, it's Birchall.

Birchall didn’t respond to messages or calls requesting comment for this story.

Birchall got his start in finance at Goldman Sachs Group Inc., joining after he graduated from Brigham Young in 1999. It was a short stint: in 2000, he moved to work in private wealth at Merrill Lynch in Los Angeles, where he was fired for “sending correspondence to a client without management approval,” according to a regulatory report.

In 2010, Birchall joined Morgan Stanley, where one person familiar with his time there described him as someone who wasn’t a superstar, but good at managing the fortunes of the rich.

Birchall left Morgan Stanley in 2016 to help the Tesla leader set up Excession, named after the Iain Banks science-fiction novel. The book centers on a powerful alien object, the Excession, that appears and spurs societies to fight over its control.

A great deal of managing a family office is about the cultural fit. At Excession, it’s a surprising match between Birchall, a low-key Mormon family man, and Musk, a thrice-divorced online provocateur who openly gets high and who’s recently had two children with musician Claire Boucher, better known as Grimes. The boy and girl are called X and Y, respectively.

Like everything around Musk, the family office isn’t typical. After all, most of Musk’s investments, save for his recent purchase of Twitter, are in his own companies: Tesla, Space Exploration Technologies Corp., the Boring Co. and Neuralink. Aside from that, he’s said he has invested in a handful of cryptocurrencies, and, before he sold his mansions, a real estate portfolio in California.

The vast majority of Musk’s wealth, which currently stands at almost $250 billion, according to the Bloomberg Billionaires Index, is made up of his 16% stake in Tesla.

Birchall himself may have built his own considerable wealth, even if it’s nowhere near the stratospheric levels of his boss. One Morgan Stanley report shows that the typical head of a large family office earns about $1 million to $3 million a year. But the compensation can be vastly higher depending on responsibilities, especially if it includes directly managing money by picking stocks or hedge funds to invest in.

And at the highest echelons, the rewards can be significant. John Phelan, the co-founder of Michael Dell’s investment firm, has done well enough to amass a world-class art collection that he can display in a newly built Palm Beach mansion.

Still, Excession is a much smaller outfit, which is unusual for someone of Musk’s vast wealth. The firm is run by just two people, Musk said in 2019 during a trial after he referred to a British scuba expert helping rescue a team of Thai soccer players as “pedo guy.”

“There’s some very well known family offices out there that have in excess of a hundred people working for them and there’s the whole bells and whistles,” said Tayyab Mohamed, co-founder of family office recruiting firm Agreus Group.

There are typically researchers, a management team and an investing committee on top of a group of people who handle day-to-day tasks such as hiring security or nannies and arranging travel, Mohamed said.

Birchall has help. Alex Spiro, Musk’s lawyer, has played a key role in defending the billionaire in his entanglements with the U.S. Securities and Exchange Commission and the “pedo guy” lawsuit. He declined to comment for this story.

Another wealth-management firm, Catalyst Family Office, has also been linked to Musk. It describes itself as a multi-family office that offers investing, tax, philanthropy and estate planning as well as “concierge and lifestyle management.”

Ronald Gong, a managing partner at Catalyst, is listed on tax forms for Musk’s foundation dating back to 2013. He has been listed as an agent for other entities associated with Musk, like Gatsby LLC, which purchased a home in the San Francisco Bay area for $23.4 million in 2017. That property was the last of Musk’s California homes to be sold after his move to Texas, in a $30 million deal in December. Catalyst, based in Silicon Valley, has opened an office in Austin as well. The limited liability company was registered in Texas in August.

Birchall also moved his family to Texas, buying a $2.25 million home in Austin in 2020. The listing for the five-bedroom house shows an ornate living space with columns in the foyer and elaborate iron work, with a pool and tennis court outside.

Excession relocated to Texas, too, along with the Musk Foundation, Musk’s school Ad Astra, and several of his other LLCs, all of which list Birchall as director, manager, chief financial officer, or some other title, including Neuralink, Musk’s brain-implant company, which lists Birchall as director and executive officer.

But Birchall doesn’t necessarily have real executive power at these entities — for example, his name was only added to Neuralink paperwork as a legal convenience, a person familiar with the matter said. Birchall rarely visited the Neuralink office and wasn’t involved in day-to-day work, said the person, who asked not to be named speaking about the inner workings of the company.

Birchall has taken on roles more typical for a head of family office, such as facilitating relationships with the big banks Musk routinely turns to for mega loans. Those have been key to how Musk has grown his fortune, borrowing to fund new ventures instead of being forced to sell Tesla stock. That’s also significantly reduced his tax obligations.

Text messages between Musk and his confidants, released as part of the investigation into his 2018 tweets about taking Tesla private for $420 a share, illustrate one example. Included in the hundreds of messages and calls is only a single exchange between him and Birchall — a text message where Birchall promotes his old employer, suggesting Morgan Stanley should be involved in any privatization deal considering they’ve been “our best resource on the personal side, by far.”

“They provide you with the largest ($350M) of all the lines and each time we have pressed them for more borrow power or a lower rate, they’ve come through,” he wrote. In 2018, Musk took out $61 million in mortgages on five properties in California with the help of Morgan Stanley.

Unlike his boss, with his more than 90 million Twitter followers, Birchall’s online presence is minimal. He follows 40 people on Twitter, including Musk and all his companies, and hasn’t ever tweeted or liked a tweet. He’s more active on Facebook, posting photos of his five children on alongside videos and posts from the Church of Jesus Christ of Latter-day Saints.

The word that comes up often to describe Birchall is “nice” — four different people interviewed for this story used the word. But even those who have interacted with him aren’t left with much of an impression because he says little.

At times, Birchall’s work for Musk has seemed at odds with his nice-guy persona.

Back in 2018, Birchall was tasked with digging up dirt on a man in the “pedo guy” lawsuit, who had criticized Musk’s suggestion of using a SpaceX submarine to rescue the trapped soccer team in Thailand.

Birchall, using a pseudonym James Brickhouse, hired a con man who claimed to be a private investigator. Birchall said in his testimony that he had used the Brickhouse alias before to do things like plan Musk’s travel and buy a web domain — justballs.com. (The deal for the website never went through.) Musk ultimately won the case.

These kinds of odd jobs aren’t uncommon for heads of family offices, said Mohamed of Agreus Group, which is why it can be hard to find people who are suited for the position coming out of the world of Wall Street.

“The line between personal and professional cross over very often,” he said.

In more recent years, Birchall has liaised with nonprofits on behalf of Musk’s foundation, like the $100 million commitment for the XPrize Carbon Removal, gifts to Feeding Texas and millions of dollars to a pair of Covid-19 researchers.

Over the past couple years, he has at times handed over some responsibilities to Igor Kurganov, a poker player-turned effective altruist who’s been the point person for recent grantees of the Musk Foundation. Birchall still sits in on calls, said Dan Barouch, one of the Covid-19 researchers who received $2.5 million from the foundation. He described Birchall as “perfectly nice,” though he isn’t sure what exactly he does for Musk.

“The short answer is I don’t know exactly how the Musk Foundation works,” said Barouch, who has also spoken directly with Musk, something unusual for grantees.

Mohamed said Birchall and Musk must have great chemistry, considering Birchall has been there for more than six years.

“If you don’t have that personal chemistry and culture fit with the principal that you’re gonna work for, you wouldn’t last long,” Mohamed said. “I’m assuming beyond Jared’s skill set — and I’m pretty sure he is great at what he does — but beyond that, I’m absolutely confident that he shares an amazing fit and chemistry with Elon Musk.”