/sites/all/themes/penton_subtheme_wealthmanagement/images/logos/footer.png
Recent
Recent
Planning for the Unexpected and Preparing to Finish Well
Jun 01, 2020
Mid-Pandemic Data Shows Strengths of Digital Platforms, Approach
May 29, 2020
Credit Suisse to Review Lending to Clients at Wealth Unit
May 29, 2020
Fed Keeps ‘Powder Dry’ After Jawboning in $253 Billion Market
May 29, 2020
What’s Behind the Appeal of Portfolio Hedging Using Inverse ETFs
May 29, 2020
Featured
Poll: 15 Classic Books on Investing and the Markets
Apr 03, 2020
FICO Updates and Their Impact on Credit Scores
May 06, 2020
Franklin Templeton Fires Portfolio Manager Amy Cooper Involved in Central Park Dog Incident
May 26, 2020
The Top Colleges for Financial Planning
Oct 03, 2019
Bloomberg
brought to you by
Wealth Planning>High Net Worth 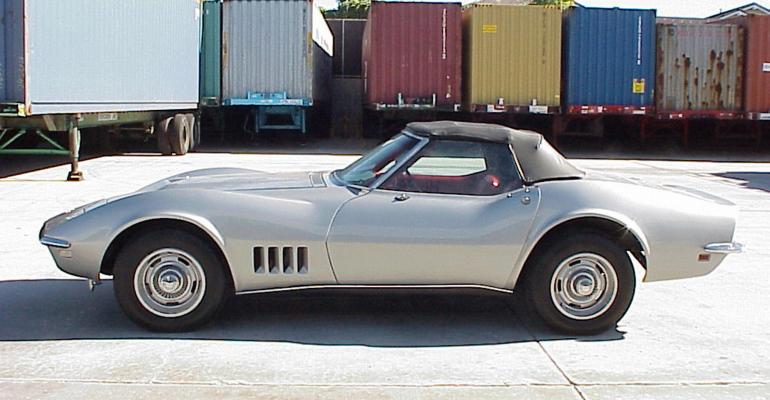 Start Slideshow ›
A Hagerty report illuminates eight surprising vintage cars that have nowhere to go but down in the collector market.

By Hannah Elliott and Justin Ocean

(Bloomberg) -- As anyone who follows the collector car market has noticed, it’s cars from the 1970s, ’80s, and ’90s that are white-hot in their popularity. For that matter, anyone following vintage cars on social media has probably noticed it, too.

Cursory glances through Bring a Trailer auctions and the value ratings on Rally Rd. show double-digit percentage jumps and thousands of dollars’ worth of pricing spikes on things such as  1990s-era Toyota Supras and the Ford Mustang 7-Up Edition. According to the most recent update to the Hagerty Price Guide, the bible for those who track collectable cars, 24% of cars from the 1970s experienced double-digit growth since January 2018, and 38% of cars from the 1980s increased in price by a significant amount. Together, the two decades show the most growth of any collectable era.

But the rest of the market is bleaker. Values of cars from the 1940s, ’50s, and ’60s have flatlined, with 82% of all vehicles in the pricing guide showing little to no real or expected value growth during the same time frame.

That means iconic vehicles such as Mercedes SLs and Chevrolet Corvettes aren’t expected to gain real value anytime soon—and according to the latest Hagerty Vehicle Rating, even the stunning Porsche 911 Turbo and the hipster-cool Porsche 924 have already had their day in the sun.

“These are notable as examples of vehicles that saw a big increase in values in 2014 and 2015 and then had a later drift down in values,” Hagerty’s Jonathan Klinger says, citing the Porsche 930 as well. “All are examples of good cars—some better than others—but with mature markets,” meaning that neither many new buyers nor new sellers are entering the market.

To get to these conclusions, Hagerty uses a proprietary algorithm called the Hagerty Value Rating (HVR) that evaluates the value of a car according to insurance quote activity, the number of new policies purchased, sales data, auction activity, and other metrics. Then it ranks each one, compared to the overall collector market. Results are based on a 100-point scale. A car that matches the overall trend of the collector market will score 50. Those that are trending better than market values will score higher. Those performing worse than market value will score lower.

The models listed in this piece are those with some of the lowest scores of any for sale today, performing well below the market average. This is for a number of reasons:

That’s not to say any of these are “bad” cars—that’s between you, your banker, and your refined level of taste—it just means they aren’t expected to gain significant value in the relatively near future and may even lose some value on their way off what may have been a trendy bubble.

“We’re not disparaging the vehicles on this list,” Hagerty’s Brandan Gillogly wrote in the report. “Just know that if you own one you plan on selling, it may take a bit more time and effort [to sell the car]. If you’re planning on buying a car that keeps making this list, it might mean the price is about to head down.”