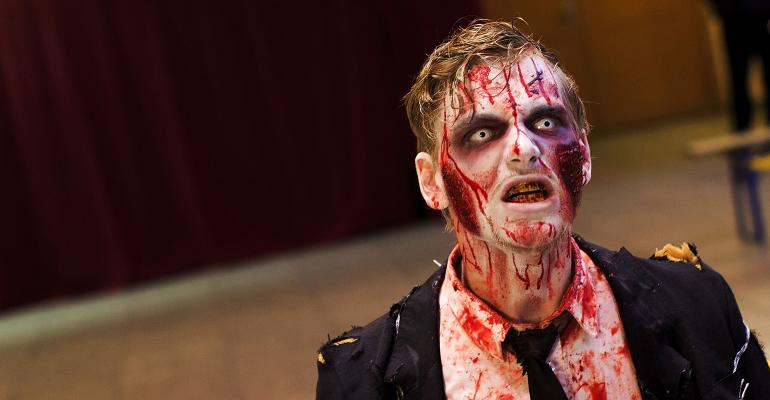 What are the tax implications of coming back from the dead?

It’s been said that the only two certainties in life are death and taxes. What if only one of those was true?

Cryonics is the process by which a dying human being is preserved in the hope that scientific advancements will allow him to be revived in the future. Yes, people really do this, and no, they’re not (all) crazy.

With an estimated 5,000 people as members of the various cryopreservation firms, the two largest are Alcor Life Extension Foundation, Inc. (www.alcor.org) and Cryonics Institute (www.cryonics.org) and with double-digit annual increases in membership, there is growing likelihood planners might be asked about this in the future. Beyond the physical or moral questions involved, planners might need to understand the tax implications of coming back from the dead?

In addition to any trust established for the care of the cryopreserved client during biostasis, planners must consider how to provide for clients when they’re revived. After all, no one would want to be revived only to find he had no money or other assets.

During a client’s life, the FIT is a simple revocable trust. Any assets put into it are subject to the same rules and treated the same for tax purposes as any other revocable trust. At legal death, the trust would become irrevocable.

There’s a possibility that the IRS could consider a revived body as the same person, while instituting a statute of limitations to prevent them from filing any potential claim for a refund. The more likely result is that the IRS wouldn’t accept the revived grantor as the same person, because the IRS would challenge any claim that a cryopreserved individual wasn’t deceased.

To date, no one has disputed that cryonics patients are, in fact, dead. In Alcor Life Extension Foundation, Inc. v. Mitchell, the California Department of Health Services refused to issue death certificates and disposition certificates for bodies designated to pass to Alcor, pursuant to the Uniform Anatomical Gift Act. Neither party asserted that the patients weren’t, in fact, dead. The Mitchell Court specifically raised many of the questions being addressed in this article, such as whether such a person in such a position is really, really dead, and what happens to the estate if the person is successfully revived. The Court, however, didn’t answer any of those questions, stating that, “we are confident that those persons who will then head our various branches of government will be far wiser than we and entirely capable of resolving such dilemmatic issues without our assistance.” In other words, determination of death is likely to remain a simple matter for the cryopreserved.

The grantor would likely be considered deceased and, as such, any estate taxes and final income taxes would be payable on legal death. That determination should also be applicable to pension plans, Social Security and life insurance. Any other treatment would result in significant chaos.

As such, the conclusion should be that any person who’s revived should be treated as a new “person” for purposes of the IRC.

If instead, we assume that the revived grantor is the same person, there would be no GST tax issue at all. Depending on the variations of the trust during the biostasis phase, GST allocation may vary.

Alternatively, there may be a legislative answer. If and when the science of cryonics catches up to the theory, legislatures will have to address these issues. In the meantime, trusts should be drafted under the assumption that, under state and federal law, the client that goes into the deep freeze won’t be the same client that comes out. Even if death isn’t a certainty, taxes certainly are.

This is an adapted version of the author’s original article in the January issue of Trusts & Estates.