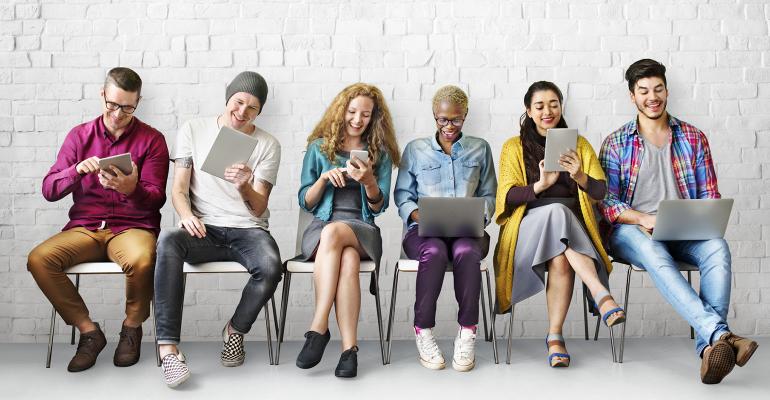 The family office that doesn’t take a hard look at how to change its model to accommodate millennials—from investing to communication—will falter.

Generally defined as individuals born between 1982 and 2004, Millennials have surpassed Baby Boomers as the nation’s largest living generation, according to population estimates released this year by the U.S. Census Bureau. They represent 27 percent of the adult population and are set to inherit $30 trillion from their Baby Boomer parents.

This intergenerational wealth transfer will pose significant challenges for the family office, as this generation has beliefs and views independent of those of their parents. millennials won’t engage without trust, require personalized attention and embrace quite a different outlook from the boomers for which the family office model was originally designed.

An Era of Failure

They grew up in an era of some significant failures: The tech bubble imploded in 2000, and a global financial crisis occurred in 2008. These events have sculpted them, leaving them wary. They don’t, for instance, embrace the long-term, positive investment views held by their boomer parents.

In addition, they grew up in the internet era, with the world’s accumulation of knowledge instantly accessible to them in the palms of their hands.

These two factors alone are enough to make the millennials’ attitudes and opinions quite different from their predecessors. On the one hand, they color the way millennials think about issues of trust, dependence and security. On the other, they allow them to construct their own world view quickly and emphatically, from a broad range of possibilities.

There are some significant differences between boomers and millennials—including on the issues of trust, religion and politics.

• 40 percent of boomers say that, generally speaking, most people can be trusted. A mere 19 percent of millennials agree with that statement;

• 50 percent of millennials consider themselves as political independents, compared to boomers at 37 percent; and

• 29 percent of millennials are religiously unaffiliated, compared with 16 percent of boomers.

When deciding whether they want to retain their parents’ advisors, millennials will consider how those advisors engage with them on a personal level.

Ultra-high-net-worth millennials want a high touch service from advisors who take time to know them personally and understand their  goals.

As the intergenerational wealth transfer unfolds over the next decades, it presents both an opportunity and a risk for advisors. Thirty trillion dollars will change hands, yet 90 percent of children won’t retain their parent’s financial advisor.

A personal touch will go a long way toward building the trust that’s so important to this self-reliant generation. After all, they can google answers to their queries faster than many of their boomer folks can find their phones.

Although a 2015 research report by The Oppenheimer Funds/Campden Wealth Research found millennials want to see advisors face-to-face quarterly or twice a year, they also want more frequent digital interaction. To millennials, video contact, such as Facetime and Skype, is every bit as valid as in-person meetings.

They generally see their online relationships as an extension of their “real life,” and communicate heavily in digital media. It will become increasingly important for the family office to take note of this voracious use of digital media because the Internet can eclipse many of the services offered by the family office.

millennials’ attraction to the convenience technology provides may leave them wondering why they need a family office to pay their bills or prepare their taxes when fast moving thumbs can often easily address those needs. Traditional services—such as the local bank—increasingly don’t fit into millennials’ lifestyles.

According to a three-year study by Scratch/Viacom Media Networks, 71 percent of millennials would rather go to the dentist than listen to what banks say. Another third (33 percent) believe they won’t need a bank.

Will the services of a family office soon be similarly viewed?

Millennials often want both their investments and philanthropic efforts to make long-lasting changes—to have impact. Many don’t invest solely for return; they support impact investing and strategic and accountable philanthropy.

Millennials are more likely to embrace a philosophy that financial interests and social interests ought to directly overlap, thereby ostensibly benefiting both wallet and world (or at least would like to maintain the appearance that they do).

Smartphones and the internet have made the world a much smaller place and provide instant access to global issues that were largely outside the awareness of previous generations. These connections have introduced millennials to global-minded charities that support civil rights and are stewards of healthy environmental practices.

Going forward, social media will be a key to communication, says Robert Trinchet, chief information officer for GenSpring Family Offices. Email is becoming a thing of the past—a dinosaur—and texting is right behind it, he says. A full voicemail box irritates only the caller; millennials don’t leave messages—nor retrieve them.

Communication methods will continue to change. The family office industry should recognize that millennials are used to immediate gratification and address this need. For instance, the industry must find ways to allow millennials access to its professionals—such as by building some repository millennials can search. Millennials demand transparency. It’s one of the ways they build trust.

In response to millennials’ desire for on-demand information, some family offices, such as GenSpring, have begun to move from webinars to podcasts. Webinars require participants to be online at a certain time, while podcasts can be accessed from anywhere at any time.

Take robo advisors, for instance. This online algorithm-based portfolio management appeals to a generation in love with convenience, but it’s a very small sliver of what family offices do, and it’s up to the family office to educate its younger clients about such distinctions.

This powerful generation, often unfairly labeled as entitled and distrustful, is about to take the reins of the future. Surprisingly, according to the aforementioned “Forbes 30 Under 30,” it brings with it a hopeful, optimistic outlook:

It would appear Millennials have faith that the best years are yet to come. Can family offices say the same?

This is an adapted and abbreviated version of the authors’ original article in the August issue of Trusts & Estates.