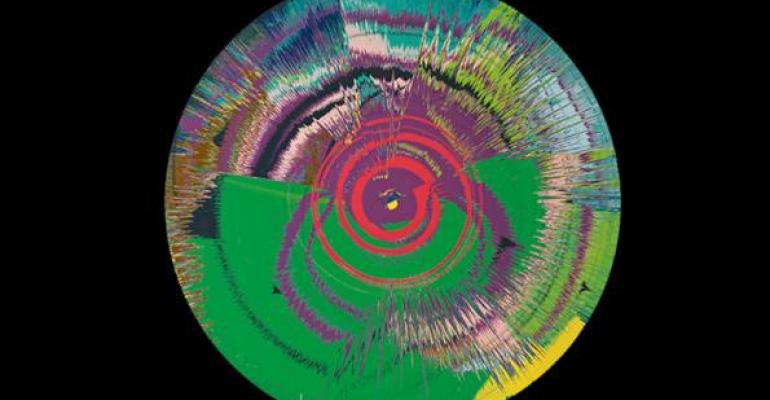 Sotheby's on Monday previewed the contemporary art collection of late rock star David Bowie at their gallery headquarters in New York ahead of its auction in November.

Sept 26 (Reuters) - Sotheby's on Monday previewed the contemporary art collection of late rock star David Bowie at their gallery headquarters in New York ahead of its auction in November.

"Overall, we will be selling over 350 items. The low estimate is 10-15 million pounds ($13-$19.5 million). We divided it into three sales: two sales of modern and contemporary art and then a whole sale of post-modern Italian design," Simon Hucker, a senior specialist in modern and British Post-War Art at Sotheby's, said about the auction, to be held in London on Nov. 10-11.

Bowie, who died in January at age 69, amassed a huge collection of art for which he was well known.

Among the top lots in the sale is a piece by the late New York painter Jean-Michel Basquiat titled, "Air Power," estimated at $3.3 million to $4.6 million.

The painting titled, "Head of Gerda Boehm" by Frank Auerbach, would affect Bowie's mood and inspire him to make sounds that reflected the way the painting made him feel, according to Hucker.

"I think it's more to do with his wider interest in creativity, in the way that artists work, in the artistic process," explained Hucker about the music pioneer's attraction to art.

Bowie was deeply engaged in the world of art, especially in modern and contemporary British art, as an artist, critic, patron, publisher and magazine editor.

He joined the editorial staff of Modern Painter magazine, where he interviewed artists like Jeff Koons, Damien Hirst and Tracey Emin.

The collection will move to Sotheby's in Hong Kong next month before Bowie's entire private collection is put on public display in London in November in the week leading up to the auction. ($1 = 0.7711 pound) (Reporting by Reuters TV, writign by Melissa Fares, editing by G Crosse)