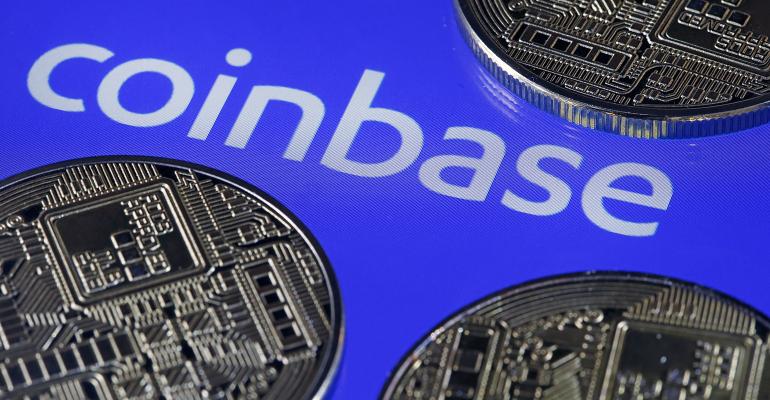 The Treasury Department and the Internal Revenue Service are likely to push off a January date for the firms to begin tracking data such as customers’ capital gains and losses.

(Bloomberg) -- The US government’s bid to collect billions of dollars in taxes is hitting a snag, with the Biden administration poised to delay when crypto brokers and exchanges must start gathering detailed information on their clients’ trading.

The Treasury Department and the Internal Revenue Service are likely to push off a January date for the firms to begin tracking data such as customers’ capital gains and losses, according to people familiar with the matter who asked not to be named because a final decision hasn’t been made. The move would mean the tax agency waits longer to get the kind of data it gets for stocks or bonds.

Crypto tax evasion remains a major issue for Washington policy makers even amid the recent downturn. Treasury and the IRS have struggled to quickly draft rules, which firms will use in collecting and reporting the information on their clients’ trades.

Under a law passed by Congress last November, crypto firms are supposed to begin recording their clients’ detailed transaction data in 2023, with reports to be sent to the IRS and investors the following year. From the beginning, industry executives have pushed back, complaining that the legislation was drafted too broadly.

Treasury and the IRS declined to comment on the possible delay. While their efforts around crypto are relatively new, officials have in the past pushed off start dates for information-reporting rules in other areas.

Once rules are in place, exchanges and brokerages will have to send the detailed transaction data to the IRS and their clients who made the trades, who could then use the information to file their taxes. The data would include customer names and addresses, gross proceeds from sales, and any capital gains or losses. Last year, Treasury said that such information can significantly increase compliance rates.

The data would not only help the IRS catch tax cheats but also make filing easier for those who want to pay their bills. “It could be very helpful just to standardize the reporting and put it in a way that makes it easier to digest and put on a tax return,” said Michael Desmond, former chief counsel for the IRS who now works as a partner at the law firm Gibson, Dunn & Crutcher.

Charles Rettig, the head of the IRS, told lawmakers last year that unpaid crypto liabilities are a key contributor to the nation’s growing tax gap -- the difference between what’s owed and actually collected.

Facing the looming requirements, industry executives say they need more time to prepare and update their software programs. Coinbase Global Inc., the biggest US exchange, said in a statement that the industry may need as long as two years to comply.

“Given the broad scope of the tax provisions, uncertainty around implementation, and the short time line before these new rules are set to take effect, we encourage the Treasury Department to extend the deadline for compliance,” added Jake Chervinsky, head of policy at the Blockchain Association trade group.

In addition to the rules, Treasury and the IRS are working on a new form for crypto firms to use called the 1099-DA, which will be different than the 1099-B used by stock and bond brokers. The government is planning to release a draft of it in the coming months, according to one of the people familiar with the matter.