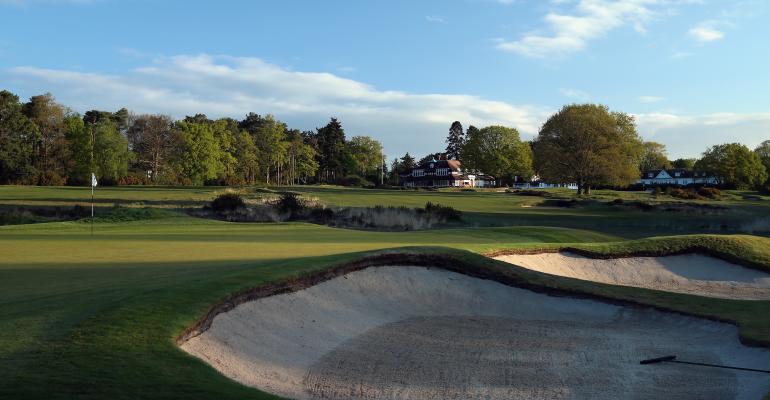 Country Club Members Are Bearing the Brunt of the Golf Recession

Across the verdurous fairways of the New Seabury Country Club lies a golfer’s utopia, with stirring ocean views and osprey racing overhead. Inside the clubhouse lurks rebellion.

Members are suing the Carl Icahn-owned resort on Cape Cod, accusing managers of scheming to raise fees and call a halt to refunds on millions in initiation payments. The plaintiffs are also angry about what they describe as strong-arm tactics and cold indifference to attempts to broker compromise.

“It is the unprincipled bullying we object to,” said Bruce Lehman, a retired advertising executive who is on the Members Rights Committee. “If we were just to cave, what’s to stop them from doing it again and again?”

Well, they’re doing it around the country. In clubs large and small, the rules of belonging are in upheaval for the dimpled-ball set. The popularity of the Masters and other tourneys notwithstanding, courses are closing at the rate of 150 a year. The number of duffers is down to 25 million from 30 million a decade ago. Golf is just not hot, especially since the apparent end of the Tiger Woods glory days, and the old club model doesn’t work so well anymore.

“With all respect, everyone who feels the deal is changing on them, that, in fact, is the reality -- and it’s based in good business sense,” said Henry DeLozier, partner with Global Golf Advisors in Phoenix.

Presumptive Republican presidential nominee Donald Trump, hedge-fund manager John Paulson and Chinese developers are among those who’ve been buying up ailing or abandoned clubs, in many cases changing fee structures to lure new members. Their efforts have landed them in the rough on more than a few occasions with a disgruntled old guard. At Trump National Golf Club in Jupiter, Florida, for example, golfers have sued, saying memberships were canceled and deposits not returned as required when fee rules were adjusted.

DeLozier said the recessionary cycle that began in 2008 exposed two flaws: refundability of initiation fees and caps on the number of members. Both used to be selling points, when there was a stream of newcomers eager to take the places of the departed. Today that’s often not the case.

In a court filing, his company, New Seabury Properties, called the lawsuit “frivolous” and said many members “have expressed no concern” with management’s plans, and in fact “have advised the club they prefer” the proposed changes.

The billionaire’s New Seabury holdings include two courses, Dunes and Ocean, a 42,000 square-foot clubhouse, the Popponesset Inn, a beach club, a fitness center and a tennis facility. The amenities are surrounded by 2,000 privately owned townhouses and single-family homes, the oldest dating to the 1960s.

When the secondary-home market began to heat up after the financial crisis, more residences began to appear, and construction is now underway on several near the courses. Some of the protesting golfers are convinced the membership shakeup is connected to the building boom. They figure the company wants to squeeze more profits out of the golf business and sell the resort with a price reflecting higher revenue.

“This is not about running a country club,” said Dave Tacelli, who is in the semiconductor business and has been a member since 2013. “This is a real-estate play.”

Icahn’s representatives rejected the theory in a letter to members, saying the resort isn’t on the block. Club managers have said they’re committed to providing “an extraordinary experience and incredible amenities.”

Plans are under way for a snazzy new fitness center with executive locker rooms, a sauna and massage therapists. Opposing golfers claim the club is using that as leverage for the new fee structure because members who don’t accept it would be barred from the facility.

The proposed changes include reducing the number of membership categories to six from 33. In a March 17 letter announcing the new system, managers said the cap on the number of golf members would rise to 900 from 690, but in another missive on April 15 they said it will remain at the lower level.

For Cass Costa, a real-estate agent and a golf member for 45 years, the so-called streamlining would be costly. If she stayed in her current category, her annual dues would go up to $8,330 from $4,900. (The judge in the lawsuit ruled Tuesday that New Seabury can’t impose the new order until after a hearing in the case that’s set for May 27.)

Costa said she was offended by the way she was told of what was coming -- by letter. She said she and many others left a meeting with club managers about a week later perplexed. “Nobody would answer our questions,” she said. The attitude surprised her since Icahn took great pains to revive New Seabury, which was in disrepair. “He saved the place from going down the drain.”

Ralph Lepore, an attorney, paid $75,000 in 2008 for a platinum membership, then the top of the scale. His yearly dues are $14,100. Under the new scheme, Lepore said he and others like him would face tough choices: Moving to a category called diamond would mean losing their initiation fees’ refundability, something now guaranteed at a pro-rated sum for 20 years. To keep the refund perk, Lepore would have to pay $2,500 more annually and give up access to the new fitness facility -- a proposition he slams as coercion.

The lawsuit filed on April 8 is a request to reopen the bankruptcy agreement that made the Icahn sale possible. There are just four plaintiffs, but the angry golfers said that 270 people attended a meeting about the suit at Christ the King Church in Mashpee last weekend.

Tacelli, a golf member for three years, said he believes Icahn knows nothing about the controversy, which is why he would like a meeting.