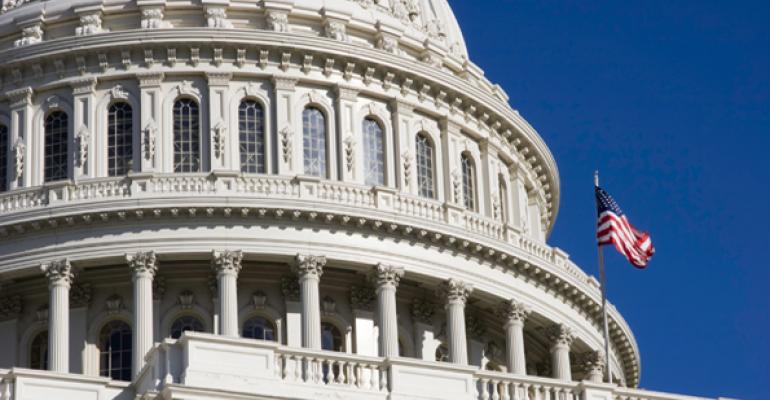 Congress Still Has Its Eyes on Taxing the High-Net-Worth

This year, the stakes for Democratic lawmakers in Washington are as high as they’ve ever been. Recent polling reveals that voters overwhelmingly disapprove of the job Congress is doing—by more than 43 percentage points. And Democrats can’t look to President Biden to save them because he’s not faring much better. Add to this the signal last fall from the state races in New Jersey and Virginia in which Republicans overperformed in states that President Biden won, and the picture looks grimmer for Democratic control of Congress continuing into next year.

So Democratic lawmakers are doubling down this year to remind voters that they care about their top troubles and have a plan for them to address issues such as the economy, the ravages of COVID, fair and transparent voting and stemming the tide of climate change. Chief among these concerns should come as no surprise: To quote a former president, “It’s the economy, stupid.” In fact, several recent polls of voters have the economy topping the list with COVID running a distant second.

The Build Back Better (BBB) Act was meant to address many of these issues and make voters feel better about their finances, with the $3.5 trillion social spending plan funded with tax hikes on wealthy taxpayers. Despite easily passing in the House of Representatives in November, the BBB Act met its doom in the Senate late last year and likely won’t make meaningful progress this year.

So, where will Democratic majority pivot? Perhaps to some smaller bills to show voters they can lead and respond to pressing problems. But legislation means painstaking compromise—and not just with Republicans but increasingly with members of their own party; it’s far easier to hold hearings and press conferences to talk about the problems vexing voters and the solutions Democrats intend to legislate. Our instincts point to upcoming congressional hearings highlighting economic inequality (exacerbated by the uneven economic rebound amid COVID), coupled with tax planning used by the wealthy to legally avoid taxes; the latter has been discussed in great detail by widely read publications that point to GRATs (grantor retained annuity trusts) as a widespread estate tax loophole and IRAs as abusive tax shelters, to name a few. Our instincts were confirmed privately by a senior aide in Congress who recently shared that plans are underway for multiple hearings in the Senate on taxes that high-net-worth individuals avoid.

It’s not just the mid-term elections that have lawmakers interested in these hearings. Privately, lawmakers point to the oft-quoted $70 trillion wealth transfer over the next 25 years as an important reason to have conversations about wealth redistribution as both Democrat and Republican lawmakers are quietly admitting having a more difficult time justifying inaction on wealth disparities.

So, what other proposals might Congress discuss to address these issues? Some that target wealth inequality and are already on the table in the BBB include a 5% surcharge on modified adjusted gross income in excess of $10 million (with an additional 3% for incomes in excess of $25 million) and a limitation on individual retirement account contributions for accounts with more than $10 million or taxpayers with incomes greater than $400,000.

If lawmakers want to get creative and tackle an even greater redistribution of wealth, they can consider the following ideas that have been loudly proposed but so far are stuck on the back burner:

As for any estate tax changes in the next year or so, there’s just too much headwind coming from farm-state Democrats to effectuate change. That said, the 2017 tax law, which doubled the estate tax exemption from $11 million to over $22 million per couple, sunsets at the end of 2025. So, change is coming even if Congress does nothing.

The challenge each lawmaker will have with these proposals is walking the fine line between increasing taxes and not offending their donor base. Many of these tax increases focus on the “working rich”—those making more than $400,000 a year who are hardly in the class of mega-millionaires, especially for taxpayers living in many metropolitan areas. This sentiment was echoed by billionaire Leon Cooperman, who recently agreed that rich people should pay more in taxes but that he doesn’t consider someone earning $400,000 a year “rich.” From a practical perspective it’s also relevant that these tax increases are targeting the same group of individuals most likely to financially support congressional candidates. So, what’s a realistic outcome?

Razor-slim margins in Congress portend few tax increases because lawmakers are loath to bite the hand that’s feeding their campaign coffers. And partisanship is cooling the passage of most other legislation. But hearings offer Democrats the best of all worlds. Their control of Congress provides them with the luxury of choosing the topics they want to highlight and schedule them at a time that maximizes their impact.

Looking ahead, we expect hearings—and lots of them—to flesh out the arguments (pro and con) about the provisions that address wealth inequality highlighted in the public square and the value of redistribution. That’s where we believe the action, ire and name-calling will happen this year. Meanwhile, any real progress toward change will likely have to wait.