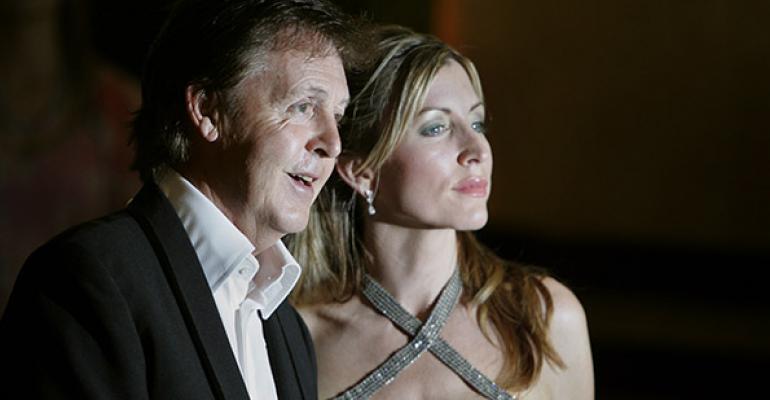 Companies are Looking to “Invest” in High-Net-Worth Divorces

As appellate lawyers who, from time to time, assist divorce attorneys with high-value divorces, we know that the trauma of divorce is compounded when bitter fighting erupts, especially over financial issues. As the divorce process begins, it’s not uncommon for the spouse with the financial power during the marriage to declare war against their former partner by cutting off credit cards, draining bank accounts, hiding assets and hiring the best, and most litigious, legal talent, sending their estranged partner into a financial and emotional tailspin. In so doing, the non-moneyed spouse, who can’t bear the cost of the battle, often “surrenders,” reluctantly agreeing to a sub-par settlement, all because he or she can’t afford the steadily mounting bills or can’t take the stress of protracted litigation with someone who can afford to litigate a case to death.

Now, however, all that may be about to change—at least for the wealthiest amongst us—with the advent of what has come to be known as Divorce Funding. Investment companies, like BBL Churchill Divorce Financing, Balance Point and Novitas US, are marketing financial support to cashless divorcing spouses in cases where millions of dollars are at stake but where one spouse doesn’t have access to the legal resources necessary to lay claim to their fair share in court. “Divorce funding levels the playing field,” said Nicole Noonan, chief executive of Novitas US. “It is equity through equity.” Designed as either investments in the case itself or loans, divorce funders offer economically disadvantaged marriage partners a way to stay in the fight when their spouses make it difficult for them. The funding can pay for legal costs, forensic accountants and even living costs, until a divorce is obtained.

Of course, before getting involved, divorce funders have to be satisfied that the case is worthwhile. “It doesn’t make economic sense for clients to be funded for less than $20,000,” warned Ms. Noonan, mainly due to fixed underwriting costs. This means that a client’s takeaway from the divorce would need to be substantial for Divorce Funding to make sense. That’s why Divorce Funders tend to invest in divorces where the marriages have lasted long enough to confidently bring a claim and where there aren’t any defenses against the person seeking the funding, like fraud or adultery, that would weaken their case.

Divorce funding isn’t inexpensive, however. It provides a healthy return for investors as the interest rates charged are usually quite high (16 to 20 percent) and retainers are often required. Because of this high rate of return, expect to see more divorce funding companies crop up, looking to cash-in on the same results, especially because competition in the market is currently thin.

Litigation funding is not new—it’s been used to fund some class actions, for instance, and sometimes yields profits as high as 60 percent! But investors would be wise to remember that, unlike the typical faceless class action, divorces involve very human and tangible litigants who are often emotional and in pain. As such, these cases often take a number of unexpected turns and twists before they are resolved.

Given the prevalence of divorce in the US, this is certainly a trend worth watching as the costs of divorce, like other litigation, continues to rise. While studies have shown that middle class and high-income people are less likely to divorce than lower-income couples, divorce funding may provide the impetus for a shift in the divorce statistics if the obstacle of surviving the divorce process financially intact is removed for the spouse with little financial power. If pursing a divorce doesn’t mean that a party may end up destitute, many more unhappy spouses will be able to move forward more quickly with the process armed with the legal arsenal they need.